Year of creativity brings grant applications to an unprecedented high 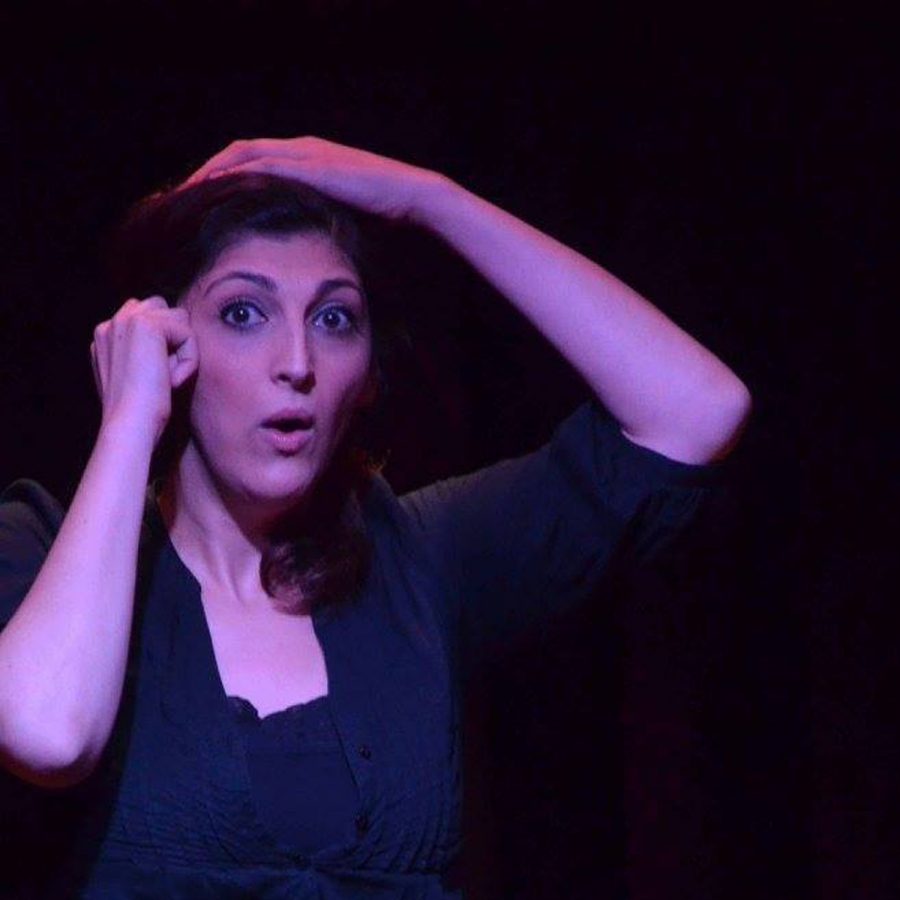 Artist and activist Zahra Noorbakhsh will come to Pitt in early February to hold a creative narrative workshop as a part of a grant through the Year of Creativity.

It may seem difficult for students and scholars to get in touch with their creative side as the stress of classes and research eats away at their time, but as part of the Year of Creativity, a surprising number of Pitt community members have been looking to pursue creative endeavors.

One major facet of the Year of Creativity is the Year of Creativity Funding Opportunity, which provides grants of up to $5,000 to students and faculty starting creative endeavors during the 2019-20 academic year. Deane Root, a professor in the music department and the head of the grant review committee, said the number of proposals for “Year of” funding is unprecedented and poses a challenge for the committee.

“I’m a little overwhelmed by all the numbers, because when we [the committee members] all signed up for this, we were not expecting such an enormous pile of applications. It’s far more than any of the previous committees received,” he said.

During last year’s “Year of” initiative, the Year of Pitt Global, 64 total proposals received funding. This year, a large number of proposals have already been submitted just halfway through the academic year. According to Kit Ayars, the Center for Creativity’s director of strategy and partnerships, the grant review committee has received more than 130 funding applications, although more have come from staff and faculty than from students. She said even though the application volume has been large, there is no set limit to the number of proposals that will receive grants and the committee is still looking for more student-run projects to fund.

“We would love to receive more student-led proposals that actively engage the Pitt community in creating,” Ayars said in an email. “We’re receiving an unprecedented number of applications for funding, so it really makes a difference if the proposals are in line with the call.”

Successful projects have also taken care to involve students from outside the field of creative arts. Livia Rappaport, a sophomore film studies major and producer for University of Pittsburgh Television, helped fund a live broadcast at Pitt Studios through the funding opportunity. UPTV LIVE! featured short performances of several of the production group’s shows, like the Pittiful News Network and Pitt Tonight. She said when the organization applied for the grant, they took care to demonstrate that participants represented a wide array of fields.

“It was really important that we showed diversity in terms of the majors within UPTV, so we got quotes from everyone about why they wanted to do [the broadcast], and each quote had [their] year and major, because we had people from different majors in the organization,” she said.

The funding opportunity allowed UPTV to produce an almost entirely student-run broadcast, something Rappaport said the group wouldn’t otherwise have been able to accomplish.

Despite the high volume of proposals, students and faculty can still apply for grants for new creative projects. According to the Year of Creativity website, the steering committee is looking for proposals that actively engage community members in producing something new and focus on bringing students together outside of a conventional lecture format.

Vikram Mukherjee, a senior neuroscience major and copresident of Pitt Sangeet, is one Pitt student whose proposal has already been approved. He is working with his Indian classical music group on a collaborative music project that received funding from the Year of Creativity. The organization will host jam sessions throughout the new semester with the Jazz Ensemble and the African Drumming ensemble, culminating in a public concert in March.

According to Mukherjee, the project aims to demonstrate the similarities between the three different music genres, foster long-term collaboration between music groups on campus and bring Indian music into the larger context of music at Pitt.

“I hope that this relationship holds continuation and that Indian music is more coordinated into Pitt’s musical groups, because Pittsburgh has a long history of Indian classical music traditions,” he said.

For Mukherjee, the process of creating the project proposal involved a fair amount of work before the project itself was even underway. He said that although the application wasn’t necessarily difficult, other students hoping to apply may have to rethink their original ideas.

“We went through a lot of revision in terms of what we wrote and trying to get different perspectives on the idea, and sitting with our idea a lot in order to revise it and condense it into something that’s very palatable,” he said.

Faculty-led initiatives are also eligible for Year of Creativity funding. Ali-Reza Mirsajadi, a visiting assistant professor in the theatre arts department, is spearheading a weekly creative auto-narrative workshop aimed at helping students tell their own stories and explore intersectionality and marginalized identities.

Mirsajadi plans for the workshop to kick off with a session in early February led by Zahra Noorbakhsh, an artist, activist and host of the podcast “#GoodMuslimBadMuslim.” Noorbakhsh will also be performing her one-woman show “On Behalf of All Muslims” and visiting classes during her time at Pitt.

The workshop will encourage students to approach advocacy from a variety of different mediums. Although Mirsajadi comes from a theater background, he noted participants won’t necessarily create performance works.

“[In the workshops] students can find ways in which they can explore their own identity in whatever creative capacity that may be, whether it’s, like [Noorbakhsh] does, in terms of comedy, or if it’s in terms of theater, writing, creative writing, poetry, fine arts or something that’s more digital,” he said.

Root said the committee is most interested in funding projects that, similar to Mirsajadi’s, invite people to work alongside rather than simply listen to creative professionals. Unlike previous years — like the Year of Pitt Global, when lectures on topics from perceptions of breastfeeding to global poverty received funding — initiatives that involve presentations without audience participation are less likely to receive funding, according to Root.

According to Root, the committee also looks for proposals with well thought-out budgets and detailed plans for the project being funded, but the most important aspect of proposals is adherence to the theme of creativity.

“The real heart of it all is if there is a creative process built right into the center of every experience. And those are the ones we love to fund,” he said.