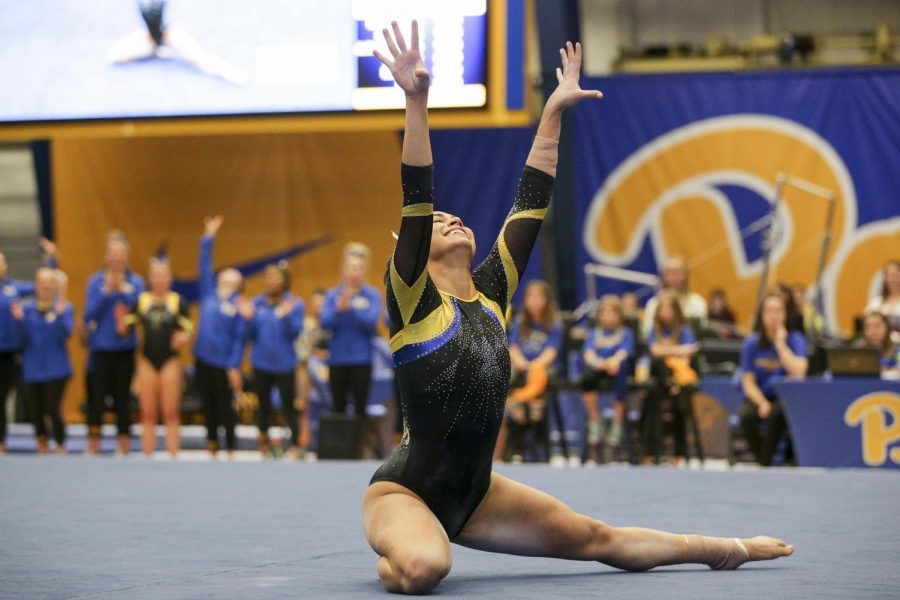 Outside of the basketball teams, Pitt athletics had a relaxed start to the semester. The track and field and gymnastics squads were the only teams with events over the weekend, with both taking home hardware.

The Panthers traveled to Happy Valley on Saturday, Jan. 10, to take on rival Penn State in the Nittany Lion Challenge. Both the men’s and women’s are ranked nationally for Penn State, No. 25 and No. 14, respectively.

Despite the talent of their opponents, it was the women’s team who stood out at the tournament. Junior Breanna Phillips was the first of three Panthers to top the podium as she finished the 600-meter dash in 1:32.52, while sophomore Eddita Pessima won the 60-meter hurdles with a time of 8.45 seconds.

The Panthers’ best event of the day was by far the 200-meter dash. Junior Nikki Scherer came in first place (24.31s). Hot on her trail were fellow junior Jaylyn Aminu (24.88s) and Pessima (24.99) as the team swept all three medals. Each run was a personal best.

Although the month off did little to affect the women’s performances, the men’s team had a tough time across the board. Senior Shyheim Wright had the best performance, making the finals for the 60-meter hurdles and coming in second at 8.07.

Back in the swing of things

Panthers gymnastics opened their season with a home meet at the Fitzgerald Field House on Saturday against the No. 18 New Hampshire Wildcats. Despite the elite pedigree of its opponent, Pitt nearly pulled off the upset by a final score of 194.225-193.800.

Senior Michaela Burton, the coveted transfer from Arkansas, showcased her talent for the home crowd, taking home the gold on the uneven bars with a score of 9.85, the balance beam (9.85) and the floor exercise (9.825). Senior Deven Herbine also started her season strong, placing second in the vault (9.775). Senior Alecia Petrikis finished right behind her on the podium (9.750). First-year Christina Weiss, in her first meet as a Panther, placed second on the bars (9.775).

Pitt is now 0-1 on the season and in EAGL competition and will remain at home against the Ball State Cardinals on Sunday.

Though the record-breaking season came to an early end, the glow surrounding Pitt volleyball is as strong as ever. The team will be honored at the 84th annual Dapper Dan Dinner and Sports Auction on Monday, Feb. 10, as the players have been named sportswomen of the year following their third-straight ACC title and near-undefeated season.

Pitt men’s basketball fell victim to a post-win hangover. After an emotional comeback win over UNC last week, the Panthers came out flat on Sunday against Miami and lost, 66-58