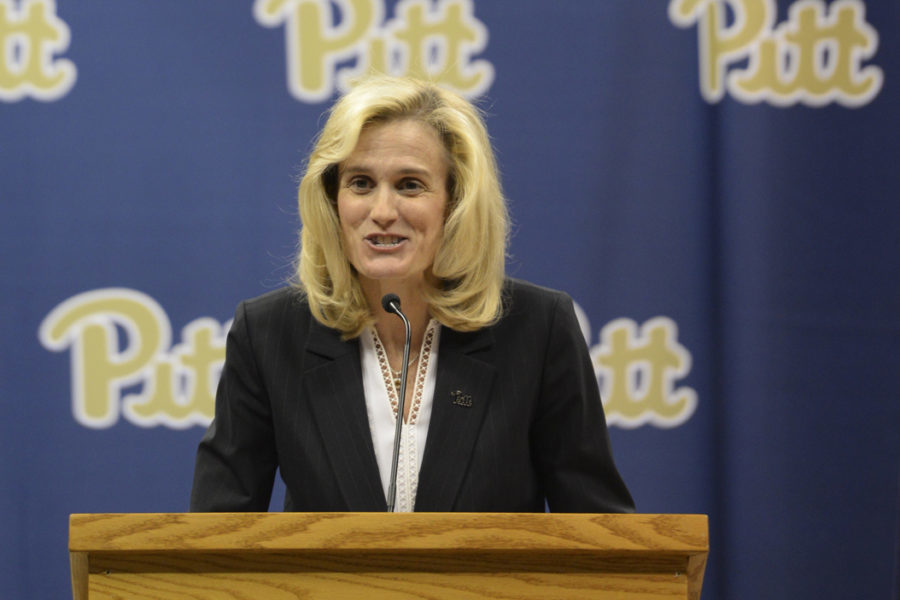 Pitt will unveil plans for Victory Heights, a training facility that was initially proposed by athletic director Heather Lyke in 2018, on Tuesday afternoon.

Lyke and Chancellor Patrick Gallagher will discuss the new project at a news conference in the Petersen Event Center, scheduled for 1 p.m. Tuesday. The conference will include a speaking and visual presentation, followed by a question and answer session which will be live streamed via @Pitt_Athletics.

The proposed facility is meant to replace the 69-year-old Fitzgerald Field House on upper campus with a 3,000-set arena for gymnastics, volleyball and wrestling, and will also occupy the land that Trees Hall and the OC Parking Lot inhabit. Victory Heights will also include a new indoor track and field facility and a health and wellness facility. Other plans include a human performance research facility and a physical location for the Pitt Athletics Hall of Fame.

Lyke announced her vision for Victory Heights in April 2018, stating that the impetus for the plan is improving the competitive disadvantage teams like volleyball and wrestling have using outdated training areas like the field house.

“Eighty-four percent of our student athletes work out every day in a strength and conditioning room that is not air conditioned,” Lyke said. “You can’t use it as an excuse and we get talented kids here, but I just think how much better of an experience, how much better of a position we could put them in for success if we had some of these facilities.”

At the time of the announcement, Lyke said the cost would not be paid for by student fee increases  and that Pitt was not planning on cutting any sports programs to offset the price.