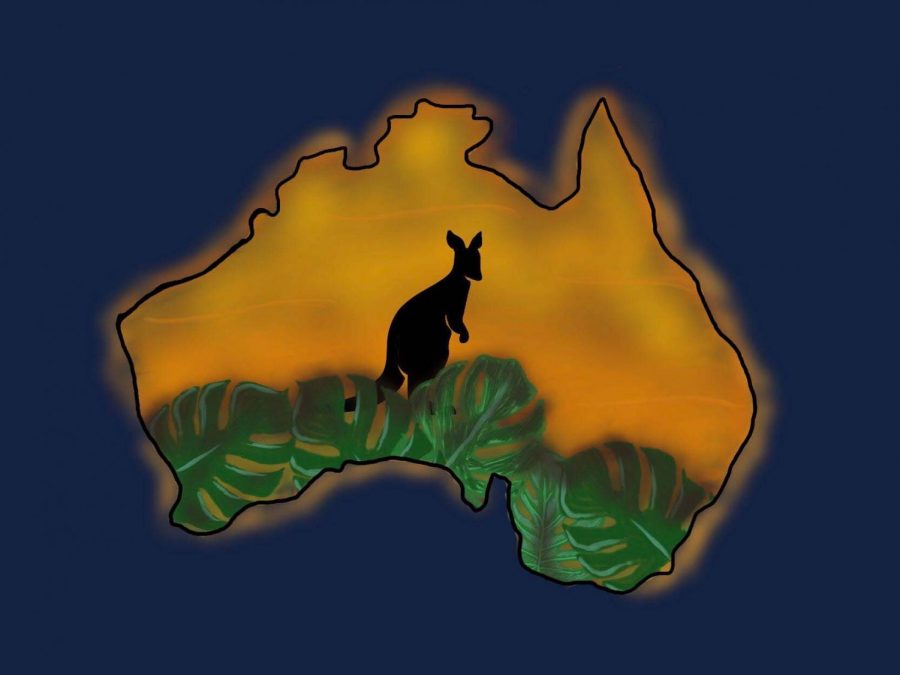 The fires in Australia are decidedly not “lit” — at least not in the way that we’ve come to use that term.

For months now, Australia has been dealing with horrible wildfires. The fires have damaged homes, destroyed wildlife and killed animals and people. Weather conditions are making these fires even worse and emergency responders are having a tough time responding to the crisis.

Many agree that these fires are being exacerbated as a result of climate change. These fires show us even more the scale of the climate change problem. We need to continue to send money and aid to Australia, but we also must come together globally and take action to combat climate change — before it’s too late.

Twenty-eight people have died from these fires, and at least 24 million acres of land in Australia have burned. Millions of animals are estimated to have died in these fires as well. While the fires in Australia are more severe, they still bring to mind the wildfires in California and the Amazon. Dangerous wildfires are not new to us, and in the past year they have been at the forefront of our news cycle as they get worse across the globe.

“The catastrophic scenes from Australia’s wildfires should alarm all of us,” tweeted Sen. Elizabeth Warren, D-Mass., “Climate change is driving even more dangerous and destructive fires across the world, from California to New South Wales — and we must fight together to defeat this crisis.”

Climate change has been a large reason for the severity of these fires. Rising temperatures in Australia have made the fires worse by making the climate warmer and drier. Climate change experts have predicted that unless our global society makes some drastic changes, the risk of extreme droughts and wildfires will increase exponentially. If this happens, the situation in Australia risks recurring in other countries, affecting not only humans but innocent animals and wildlife as well.

About 1 billion animals are estimated to have been affected so far by the fires in Australia. Nearly a third of koalas in New South Wales may have been killed and other animals — like the pygmy possum — are in danger of becoming extinct. Animals that survive the fires then have to contend with the destruction of their habitats that the fires cause. While hospitals and locals in Australia are doing their best to help save these animals, governments must take action against climate change in order to prevent further natural disasters from occurring and harming animals in Australia and elsewhere.

“Make no mistake, the tragedy in Australia is climate change-based,” actor Russell Crowe said  in a statement read by Jennifer Anniston at the 2020 Golden Globe Awards. Crowe was unable to attend the awards as he was protecting his home and family in Australia. “We need to act based on science, move our global workforce to renewable energy and respect our planet for the unique and amazing place it is. That way, we all have a future.”

We need to take action to combat climate change and stop treating it like it’s a partisan issue. These dangerous, climate-caused issues affect everyone who inhabits the earth, regardless of what political party they’re a part of. Many conservative climate change deniers are super old — especially in the United States — so they may not care about the future of our planet, but we are the ones who will be affected if the world goes up in flames. We either need to get politicians to take action to combat climate change or we need to vote them out and replace them with ones who will.

One strong solution that has been proposed to combat climate change is the Green New Deal, which is a resolution that global governments could implement. Another solution could be strengthening and incorporating more governments into the Paris Agreement. No matter what solution we decide to take as a global society, we must act now and we must make sure the solution we implement is comprehensive.

On the 2020 Climate Change Performance Index, Australia was voted to be one of the countries with the worst climate change policies — the United States was ranked even lower — by a group of climate experts. However, the fires in Australia seem to be pushing the general public to take more action regarding climate change. Polls are showing widespread support for climate action and companies are taking action on their own to lower their emissions.

While it’s great that a majority of individuals support taking action to combat climate change, and it’s even better that corporations in Australia are doing their part as well, more needs to be done to help in Australia and around the world. We must donate to organizations working to fight the fires and help injured animals. Those that are trained should travel to Australia to help if they can. Governments around the globe must work together to solve climate change before it’s too late.