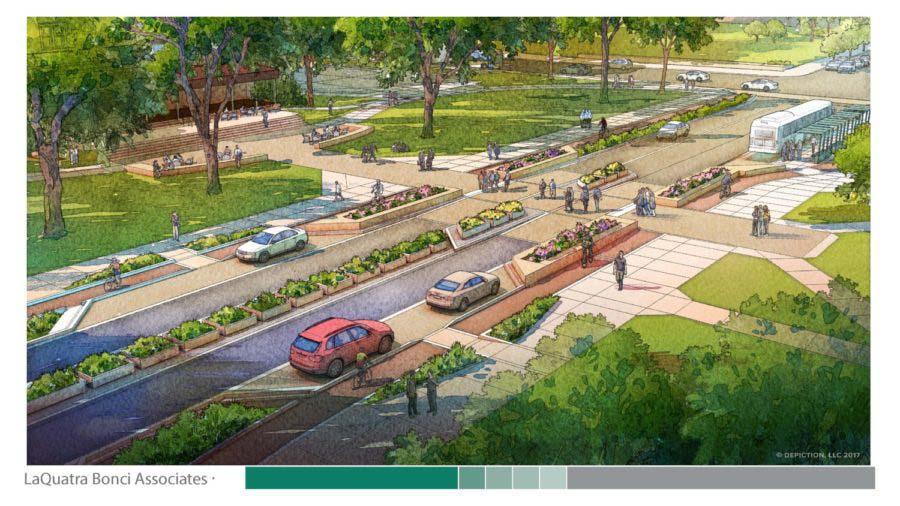 The University Senate’s Plant Utilization and Planning Committee met Monday afternoon in Forbes Tower to discuss the changes to Pitt’s campus brought up in the recently released Institutional Master Plan.

Expanded chilled water capacity, new utility lines under Bigelow Boulevard and networks of sensors — these are among the ways that Pitt’s facilities management team is using to try and create a more sustainable and energy efficient campus.

The University Senate’s Plant Utilization and Planning Committee met Monday afternoon in Forbes Tower to discuss the changes to Pitt’s campus brought up in the recently released Institutional Master Plan. The meeting focused on Pitt’s energy efficiency and usage and how these would be managed to create an eco-friendly campus.

Scott Bernotas, associate vice chancellor for facilities management, led the discussion through a PowerPoint presentation on the University’s Energy and Utilities Plan and addressed the 10-year and 30-year needs for “condition, capacity and configuration.”

Bernotas highlighted the importance of the maintenance and extension of the chilled water plants around campus, with main lines located at Posvar Hall, the Petersen Events Center and Biomedical Science Tower.

A major focus of the meeting was improving energy efficiency and creating strategies for saving energy set to be implemented in the coming years.

Bernotas said only offices and classrooms will be affected by scheduled temperature changes and not temperature-sensitive research facilities.

One of the meeting’s 15 attendees, Dr. James Menegazzi, an emergency medicine professor, surprised other people in the meeting by citing Pitt’s standing in the Sierra Club’s list of “Greenest Colleges” to looks of shock.

Another attendee, Eugene Wagner, senior lecturer and director of undergraduate physical chemistry laboratories, introduced concerns to the attendees expressed to him by students who frequent the area around Eberly Hall.

Wagner said he received several student complaints regarding unsafe walking conditions due to the placement of construction railings along the road.

“I have had a number of students say that they feel very uncomfortable,” Wagner said. “When you walk around that corner, the gating and fencing is so far out that when you come around the corner it’s very treacherous because … cars are coming around.”

He also explained how the construction gating takes up too much of the sidewalk, leaving students to walk in the road to get to their classes. In response, Bernotas said this issue will be fixed and mentioned he would speak with Wagner about the matter after the meeting.

Bernotas also mentioned the current construction on Bigelow Boulevard and how this work is partially focused on the important task of connecting water chiller lines across campus.

“Chilled water is the biggest thing,” Bernotas said. “Everything on Bigelow Boulevard to date is all chilled water-related.”

Bernotas added that the chilled water line work is being completed now, since other utility lines under Bigelow are also under construction.

“We figured as long as we were redoing that street and it was going to be closed,” Bernotas said, “we might as well get in there and get the utilities, the chilled water line, that’s going to come from Posvar up to meet the new line coming down from the new plant in place.”

Other changes being implemented include exploring solar power generation opportunities, such as the use of microturbines placed on buildings around campus.

To conclude the meeting, Bernotas discussed the results of the current energy changes around Pitt’s campus and how they positively contribute to the 2030 District Goals, which outline a 50% reduction in energy use and greenhouse emissions.

A graph comparing Pitt’s energy usage to that of the 2030 District Goal showed how Pitt “met and exceeded the target” in the past 4 years.

While many attendees were optimistic about Pitt’s environmental future, Menegazzi reiterated his desire for the green movement.

“That’s moving in the right direction,” he said. “But there are a lot of other things we can do in the very near future.”