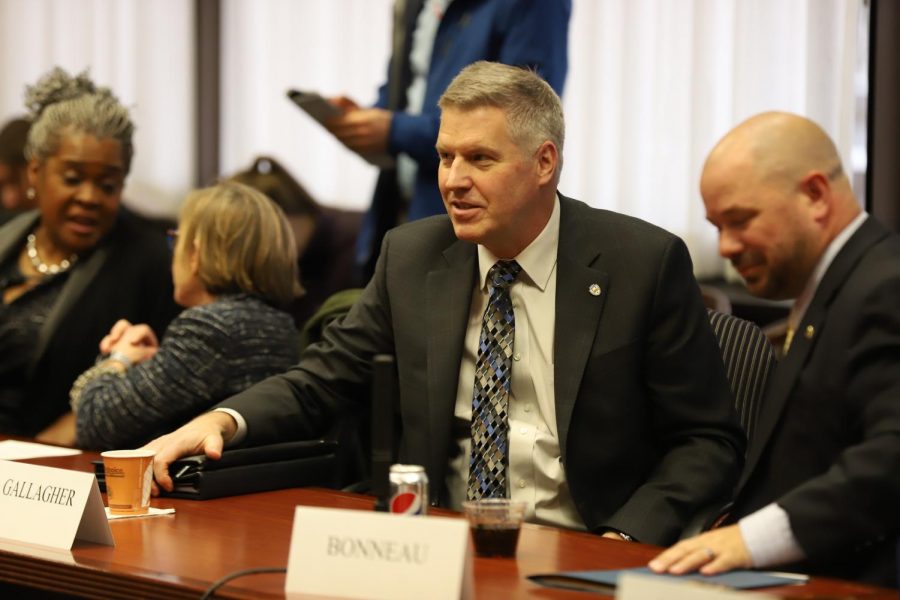 Pitt Chancellor Patrick Gallagher announced in a Thursday press release and at the Thursday afternoon Senate Council meeting that the University is expanding its community-driven response to prevent sexual misconduct.

The chancellor established the initiative in response to an Association of American Universities report that compiled data regarding campus sexual misconduct across 33 university campuses, including Pitt. The report found that since entering college, in situations involving physical force or the inability to consent or stop what was happening, 11.2% of respondents said they experienced penetration at least once and 16.7% of respondents said they experienced sexual touching at least once.

Gallagher, who found the University’s own policies “insufficient” after the report’s release, said Thursday that these findings prompted a new course of action.

“We in the fall, upon reflecting on the survey and where we’ve done well but where we’ve fallen short, decided to embrace a much more community-oriented response,” Gallagher said. “A kind of all hands, if you will, on deck.”

According to the release, Gallagher plans to establish a yet-to-be-named group within the Office of Diversity and Inclusion to serve as a unified education and prevention office, developing campus-wide sexual misconduct prevention education programs. Carrie Benson, who currently works as a Title IX specialist at the ODI, will serve as the head of the new office.

Katie Pope, interim head of the ODI and the associate vice chancellor of civil rights and Title IX, said Benson’s experience makes her ideal for the position.

“She has been in our office for some time and is going to be leading the effort,” Pope said. “She has a lot of background expertise in primary prevention education, and so this is an opportunity to move some of her job duties around to really start this office up.”

According to the press release, the new office will also work in collaboration with the Chancellor’s Advisory Council on the Prevention of Sexual Misconduct, a 12-member council also created through the initiative that will work within the University to “evaluate and advance evidence-based solutions to reduce acts of sexual misconduct and sexual violence on campus.”

Gallagher said one of his primary goals for the council is to find a way to judge what initiatives are effective, along with proposing new ideas for prevention education.

“I want us to try to identify what things are working so we don’t have to wait five-year episodes for new surveys,” Gallagher said. “If we’re going to learn our way into this, that feedback is really important.”

The council, which will meet February for the first time and have Pope as the staff liaison, consists of:

Gallagher also announced that the University awarded funding to seven projects which seek “innovative solutions” to sexual misconduct on campus. Provost Ann Cudd originally announced the special cycle of PittSeeds funding in October, making up to $250,000 in grants available to faculty and staff.

The funded projects are:

SGB President Zechariah Brown said at the board’s Tuesday evening meeting that individual grants of up to $5,000 will be available for students. Grant applications will open Jan. 27 and close on March 31, he said.

The proposals, which will receive a combined $54,000 in grants, are:

Safely Staging Sex and Violence for the Academic Performer, by Karen Gilmer, a lecturer and costume designer in the theatre arts department
Using Environmental Scans to Guide Campus Sexual Misconduct Prevention, by Liz Miller, director of the Division of Adolescent and Young Adult Medicine within the School of Medicine