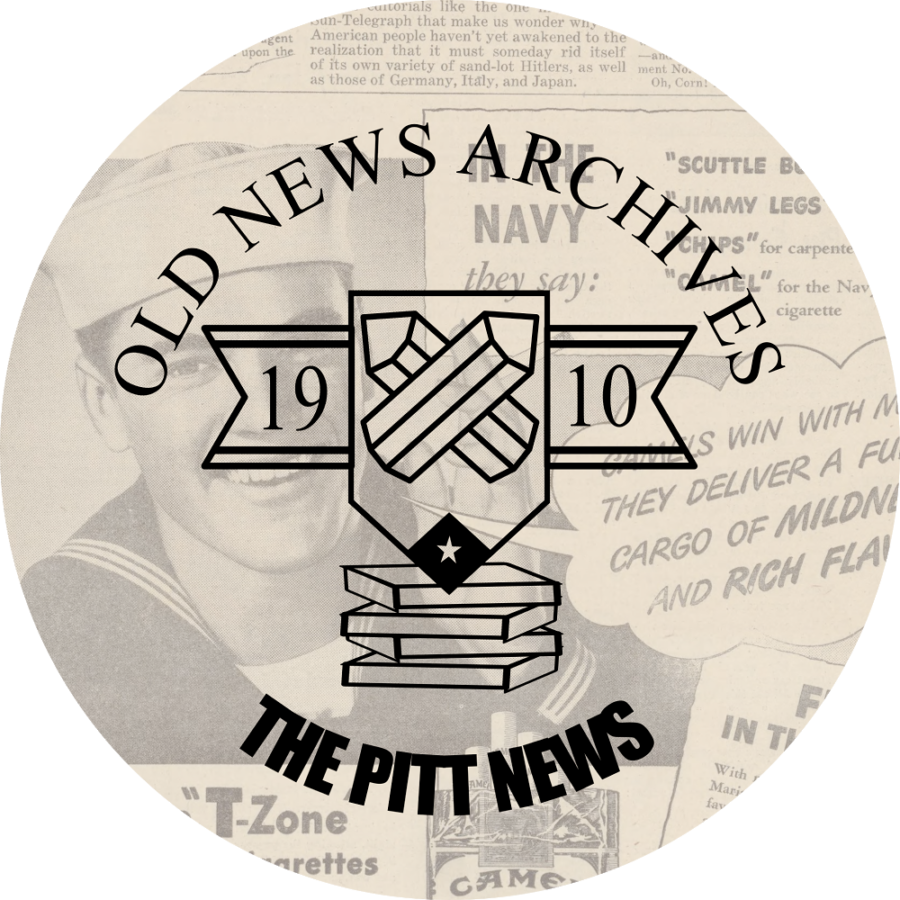 It might not be ancient history, but most current Pitt students won’t remember the last time the Druids really made headlines — in 2013, when two thirds of the year’s elected Student Government Board were revealed to be members of the secret society.

The Druids weren’t always a secret society. The names of the students “tapped” as pledges to the group were once anticipated and publicized. In the 1990s, the group went underground, anonymously carrying out good deeds across campus. Its members were still presumed to be student leaders, but now, nobody knew who they were.

The anonymity lasted until close to the end of the 2012-13 school year, when SGB Elections Chair Aaron Gish filed an infraction complaint against then-President Gordon Louderback. Louderback had run for president and served in the office for months without disclosing that he was a Druid. He hadn’t mentioned that five of the SGB members serving with him were members of the secret society, either.

A dropout Druid — Rosie McKinley, a former president of the Pitt Pathfinders who left the Druids after disagreements with other members — said she remembered her first meeting after initiation focusing on getting another member of the group elected SGB president. That was James Landreneau, Louderback’s predecessor, who confirmed McKinley’s account and said he also left the Druids the semester he was elected.

Landreneau admitted he had exploited his Druids membership during his campaign for SGB president, and he was quick to believe Louderback and his running mates had done the same. McKinley said it was unfair that students had voted without knowing the crucial information that the candidates they were voting for belonged to the Druids.

“It’s impacting the election without people on the outside knowing what’s going on,” McKinley said. “It just seems undemocratic. If we’re operating in what claims to be a democratic process, electing SGB leaders, then it should be naturally transparent.”

Louderback declined to comment on The Pitt News’ reporting, texting a reporter, “There’s no way I have anything to say about that completely fiction[al] story. It shows how reliable your sources are.”

Although SGB member Dave Rosenthal was one of the three board members who wasn’t outed as a Druid, he said he wasn’t surprised by the news.

“To be quite honest, a lot of us knew that [SGB members] were in the Druids society,” Rosenthal said. “The society seems to take the most involved students on campus, so it really isn’t all that shocking that many students on SGB were involved with the Druids.”

Another non-Druid board member, Mike Nites, was equally pragmatic. He didn’t think most students would care that their student government belonged to the society.

“The average student will not care that much about it. Regardless, it was a story that needed to be written and will draw attention to the current elections code and the way SGB elections are run,” Nites said.

Nites might have been right. The story died down, and Louderback and his board carried out the rest of their terms without much fuss. It’s worth noting, though, that the revelations didn’t stop with SGB. Not long after The Pitt News discovered that SGB was full of Druids, reporters discovered that the paper itself had been “infiltrated” as well.

Pitt News assistant opinions editor, Nick Stamatakis, had been a member of the Druids throughout his employment at the paper. As part of his work as assistant opinions editor, Stamatakis was responsible for writing a number of editorials published by the paper, intended to represent the majority opinion of the editorial board — including an editorial endorsing his fellow Druid Louderback for SGB president.

“Neither I nor past editors could have anticipated one of our own employees being a member of a secret society,” Friedenberger wrote in a letter to readers explaining the decision to let Stamatakis go. “It was an unprecedented situation that involved considerable discussion and difficult decision-making regarding a group we knew little about and a devoted newspaper employee.”