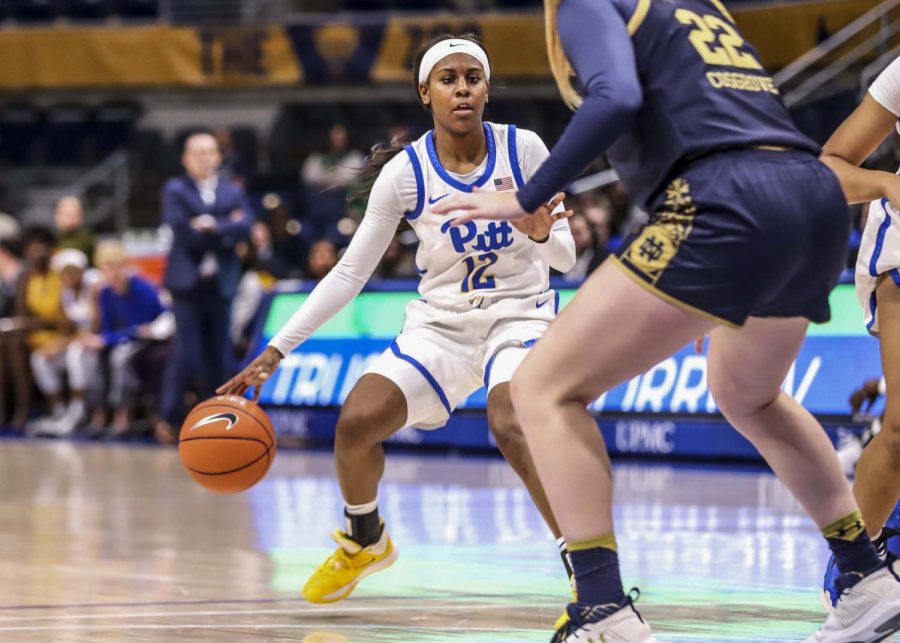 Pitt women’s basketball found itself in another close matchup in ACC play at Clemson Thursday night. Despite leading through much of the last two quarters, the Panthers failed to close the game out and lost 75-67 in overtime, missing another opportunity to snap their lengthy losing streak.

That makes nine overall and five ACC losses in a row for the Panthers (3-13 overall, 0-5 ACC), making them the only ACC team without a conference win. While every ACC loss has come by less than 12 points, Thursday’s defeat will sting the most for the young Panthers after squandering a late fourth-quarter lead.

Pitt struggled mightily from the field to start the game, shooting 4-21 in the first quarter and scoring only 12 points as a team. Clemson redshirt junior guard Kendall Spray nearly scored that many by herself, leading the Tigers with 10 points to give them a 20-12 lead at quarter’s end.

The Panthers finally found a groove in the second quarter and went on an 8-2 run that cut the deficit to one at 26-25. The two teams played close the rest of the way, as Clemson senior forward Kobi Thornton and Pitt redshirt senior guard Aysia Bugg led their teams to a 36-36 tie entering halftime.

Going on another 8-2 run early in the third quarter, the Panthers built their first lead of the game at 47-42 and forced Clemson to take a timeout with 7:28 remaining. Junior center Cara Judkins and first-year guard Dayshanette Harris spearheaded the run with four points each.

Clemson took a 13-11 advantage from there and entered the last quarter trailing 56-53. First-year forward Amari Robinson led the way for the Tigers, adding seven points in the quarter and totaling 16 points on the night thanks to 10-11 shooting from the free throw line.

The Panthers again regressed to their shooting woes in the fourth quarter, going just 2-17 from the field and 0-6 from 3-point range.

Still, Pitt clung to a 63-59 lead with 3:36 remaining in the fourth quarter. But the Tigers responded with two baskets in the next two minutes to tie the game.
Both teams had opportunities to win in regulation, but Spray missed a 3-pointer for Clemson and first-year forward Rita Igbokwe missed a chance on a lob pass in the final second for Pitt, sending Pitt into overtime for the first time this season.

A layup from first-year guard Emy Hayford gave the Panthers a 65-64 lead early in the overtime period, but it would be their last of the game. The Tigers took over and never looked back on their way to victory.

Clemson junior guard Shania Meertens made a 3-pointer to grab the lead from Pitt and Hank made a jumper in the paint to take a 69-65 lead with 2:44 remaining. Judkins cut the deficit to two after a made foul shot, but two layups from Thornton and two free throws from Robinson sealed the game for Clemson.

Pitt will try to get its first ACC win when it takes on rival Syracuse at the Petersen Events Center Sunday, Jan. 19 at noon.