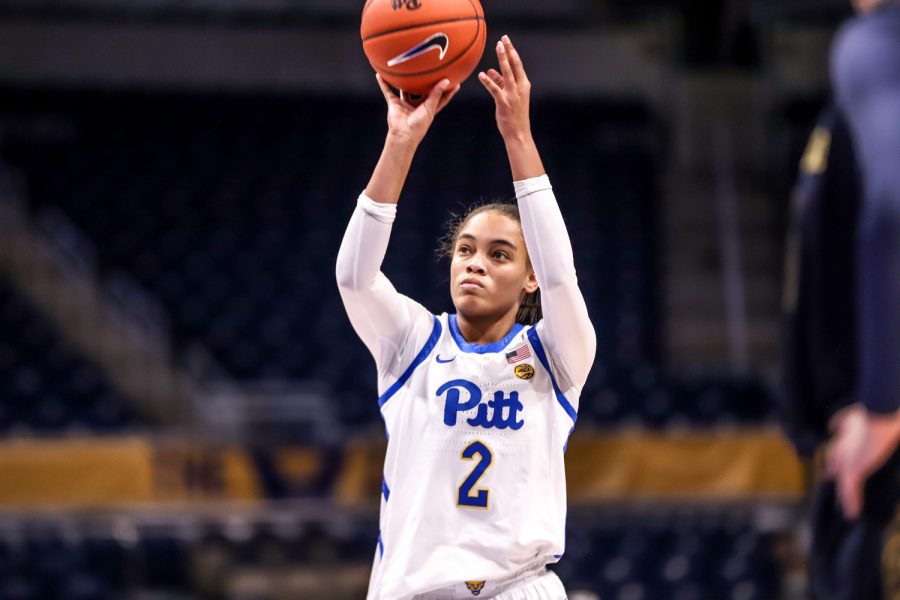 Pitt women’s basketball began Sunday’s matinee matchup against Syracuse like a team on track to finally snap its nine-game losing streak. The Panthers shot an incredible 8-14 from the field and 4-6 from 3-point range in a first quarter that saw them stake a 22-17 lead over their long-time rivals from the north.

But head coach Lance White’s struggling squad proceeded to collapse in spectacular fashion after that, scoring less field goals in the remaining three periods than it did in the first alone. The Panthers (3-14 overall, 0-6) went on to lose 69-51, giving them a double-digit losing streak for the second straight season.

The loss to the Orange (9-8 overall, 3-3 ACC) marked Pitt’s most lopsided in-conference play this year, surpassing a 12-point loss to Virginia Tech. After the game, White expressed his belief that the defeat could be attributed to Pitt’s own mental mistakes and self-inflicted wounds.

“It was more a more mental shift for us than what Syracuse did,” White said afterward. “And again, they played extremely well and they know what they do. But we just don’t have the mentality yet for what it takes at this level to be great.”

Pitt attacked Syracuse early and often, leading 15-8 at the first media time-out. Junior guard Gabbie Green scored 10 points within the first five minutes. The Orange finished the quarter on a 9-7 run, but the Panthers still led 22-17 going into the second.

But the Orange shifted to a full-court press at the start of the second quarter that completely stalled Pitt’s offensive momentum. While the press didn’t cause turnovers initially, it forced Pitt to get out of its comfort zone, rush possessions and settle for poor shots.

In the half-court, Syracuse employed a smothering zone that Green credited with swaying the game in Syracuse’s favor.

“I would say they’re long, they’re very athletic,” she said. “So we had to move the ball and in the second half we didn’t do that very well … so I think that part slowed us down.”

The Panthers only scored 11 points on 2-10 shooting in the second quarter, including a nearly eight-minute stretch where they made no field goals.

By comparison, the Orange scored 27 points in the quarter and shot 11-18 from the field, giving them a 44-33 lead at halftime.

The Panthers’ shooting woes only worsened in the second half, as they shot 5-28 from the field and 2-12 on 3-point attempts. In the three quarters after the first, Pitt made seven of its 38 field-goal attempts — less than it made in the first quarter alone.

“I think more than anything we got a little cold and sometimes we let the offense dictate the rest of the flow of the game,” fifth-year guard Aysia Bugg said. “I think overall we tried to keep the pressure and push tempo … I think we missed a lot of assignments and that’s what cost us.”

While the second half was cruel to Pitt, Syracuse didn’t shoot the ball much better. The Orange went 9-34 from the field and a miserable 1-15 from beyond the arc.

The turnover department, however, is where Syracuse held a distinct advantage over the Panthers. Pitt turned the ball over 26 times to Syracuse’s 11, and Syracuse took advantage of those takeaways, scoring 29 points off them while the Panthers scored six.

The No. 9 NC State Wolfpack await the Panthers in their next game, which will be at home Thursday at 7 p.m.