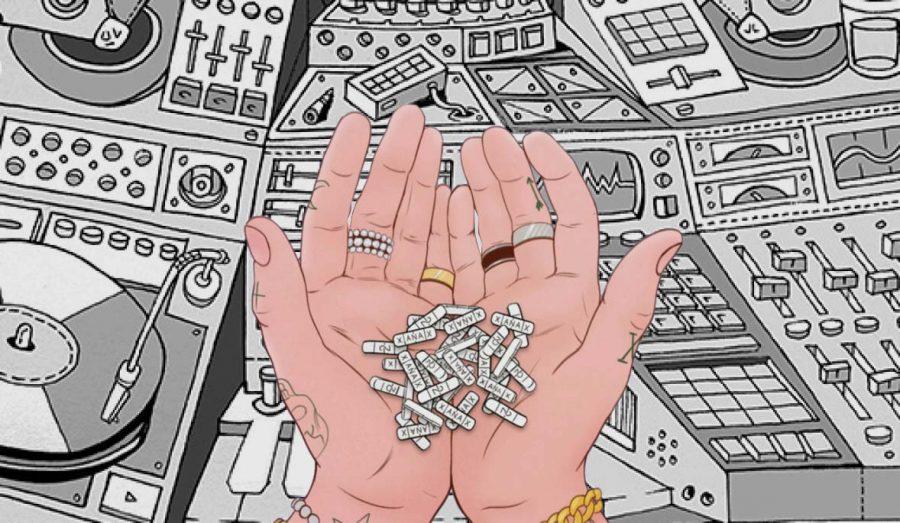 By Ethan Tessler, For The Pitt News

“What’s the 27 Club? We ain’t making it past 21,” proclaims Juice WRLD in one of his major hits, “Legends.” This line gives light to the nihilistic view that many rappers today hold to be true.

It has been about six weeks since the death of Jarad Anthony Higgins, better known as Juice WRLD. Higgins was 21 years old for just six days before he swallowed percocet pills in an attempt to hide them from the police, which he eerily foreshadowed in the aforementioned quote. Once law officials reached Higgins’ plane, he began to seize and convulse uncontrollably. In an attempt to save the rapper’s life, medics gave him the opioid antidote Narcan — unfortunately the efforts were futile, and Higgins overdosed.

In each of the past three years, a notable young rapper has suffered an overdose, then died shortly after. In November 2017, Gustav Elijah Ahr, known professionally as Lil Peep, accidentally overdosed on alprazolam — known on the streets as “benzos.” He too was just 21 years old. The pills he took just before his death were laced with fentanyl — a drug that is 80 times more potent than morphine. Nearly a year later, in September 2018, Pittsburgh native Mac Miller passed away at the age of 26. He also overdosed on fentanyl, though alcohol and cocaine were also in his system. And most recently, in December 2019, Juice WRLD passed on. Three years, three overdoses.

Although this information is tough to swallow, it should not come as a surprise. When listening to the lyrics of Lil Peep, Mac Miller and Juice WRLD, a common theme is that using drugs eases emotional pain. While that is definitely true in the short term, it is not a healthy or sustainable way to deal with emotional trauma over an extended period of time.

Many people, especially men, choose to bear the burden of this emotional pain, out of fear of being called weak or feminine. And that burden is much easier to bear when drugs and alcohol shut off the mind.

This issue is not exactly new. Famous people of all industries and regular folk alike have gotten addicted to drugs. One would even argue that it is nearly impossible not to fall into that trap. People want to be cool, they want to fit in, they want to show off their crazy lifestyle. If you add feelings of depression to that pressure to be cool, it creates a strong desire to escape reality and silence the thoughts in your head. In the hip-hop industry, especially, this is an existential threat.

A year prior to his death, Juice WRLD sat down with Vulture to talk in detail about his life. In the interview, he opened up about his relationship with drugs. He noted he was almost always under the influence when he recorded music, which was quite frequently. With that being said, he claimed that he was making an attempt to limit his drug use.

“More recently, I’ve just kind of realized certain things about myself and my coming up, the way that substances played a part in my life, whether it was me doing them or other people,” he said in the article. “It’s something that I’m trying to separate myself from.”

Even though his intentions were pure, it is extremely difficult to kick a drug habit.

In one of the more notable parts of the interview, Juice WRLD spoke about one of his biggest influences, Future. Known for popularizing the hip-hop subgenre of “mumble-rap,” Future mainly raps about depression and drug use, a style that Juice WRLD had also adopted.

In an interview with Rolling Stone Magazine, Future admitted that he had been thinking about his influence on younger generations. Future revealed that he was actually the person who first influenced Juice WRLD to experiment with drugs.

“When he told me that, I was like ‘Oh shit. What the fuck have I done?’” Future said. He went on to say that while he was aware that his actions alone cannot make him responsible for the lives of others, the whole situation made him question his lifestyle for the past several years.

This self-realizing quote from Future shows that the stigma surrounding the drug-infused lifestyle is beginning to change. Many in the industry are ceasing to romanticize this way of life and are beginning to realize the damage being done on younger generations who fall into the trap of drug abuse and dependency.

Other rappers are also beginning to acknowledge that staying silent about depression can severely deteriorate a person’s mental health and lead them down a dark path. In a “Hot Ones” interview, the rapper Offset, of the rap group Migos, spoke to the need for men to be openly vulnerable.

“There’s no such thing as soft, we grown men,” Offset said. “A lot of people try to cover it [mental health issues] up and I can see why … but it’s okay to show a vulnerable side as a man … It’s really a great thing to do as a man because most men run from it … I feel like you’re a stronger man when you do that.”

Since the birth of the genre itself, hip-hop has bred a culture of apathy, emotional repression, violence and hypermasculinity. From the 1990s to the early 2000s, these themes were the most common among the genre. This culture appears to be a product of the type of environments in which these rappers grew up.

Some rappers grow up in unstable living situations. Crime-ridden streets and neighborhoods gave root to a “kill or be killed” mentality — some even witnessed friends or family die right before their eyes. This can lead to many individuals acting tough on the outside to hide their own insecurities on the inside. All of these factors and many more often lead to individuals having low emotional intelligence — meaning they struggle to feel vulnerable or express their emotions. Individuals feel they have to bear the burden of their emotional baggage.

In the song “Tearz” by Wu-Tang Clan, rappers RZA and Ghostface Killah cut deep when they mention painful losses of friends and family. RZA raps about the death of his little brother, who was shot on his way to the grocery store. Ghostface Killah shares the story of his friend who contracted HIV and died shortly thereafter. These touching verses from some of hip-hop’s greatest depict only a snapshot of what life is like for many individuals.

These artists need to understand that confiding in friends, family or a professional is much safer and healthier than encumbering themselves with existential dread and sorrow. Hopefully these individuals and society at large will soon realize this before it is too late.