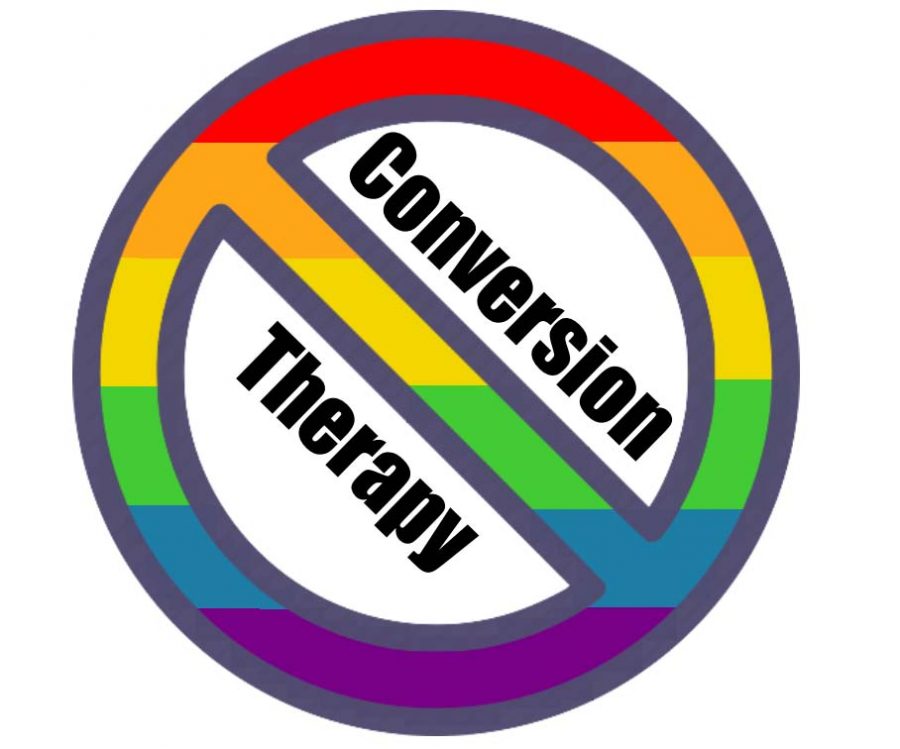 It’s a new decade, and it’s about time that we work as a progressive nation and make the world a more accepting place. With the upcoming election in mind, we must start to prioritize removing practices that fuel stigma, enacting zero tolerance policies for injustice against minority groups.

Conversion therapy is interchangably refered to as “reparative” or “gay” therapy and is defined as “any of several dangerous and discredited practices aimed at changing an individual’s sexual orientation or gender identity,” according to The Trevor Project. Conversion therapists use a variety of psychiatric measures such as emotionally traumatic tactics, shaming and even physical pain. These therapists label patients as mentally ill, trying to make them believe that their sexuality is a type of disease.

Democrats in Allegheny County proposed a bill in March 2019 that would ban the practice for minors within the county. This bill would include counseling from religious influencers along with psychiatric therapists. However, in September, Allegheny County Republicans introduced a bill to counter the original proposal, which only bans the practice to a certain degree. Their bill prohibits the infliction of physical pain but overlooks other forms such as “talk therapy.”

Since then, Allegheny County Council has decided to drop both bills entirely, with council members predicting that no further measures will be taken unless a bill is reintroduced this year.

Pennsylvania, along with 30 other states, has no law or policy regarding the practice currently. In other words, as of Jan. 15, only 45% of of the LGBTQ+ community lives in states that ban conversion therapy for minors, meaning that more than half of the LBGTQ+ community is unprotected from the possibility of having to undergo such discriminatory treatment.

Similar to the bills proposed in Allegheny County, the Therapeutic Fraud Prevention Act of 2019 was introduced in both the U.S. House and Senate in June 2019, yet has had little momentum. If the Therapuetic Fruad Prevention Act were passed, it would be the first federal ban on conversion therapy and would classify the act as a fraudulent practice. However, only 19 states have outlawed conversion therapy for minors currently, along with North Carolina, which has only partially banned the practice.

We cannot stop there. An estimated 20,000 LGBTQ+ minors will be subjected to conversion therapy from a licensed health-care professional in states that lacked protections in January 2019, according to The Williams Institute at UCLA School of Law.

“[Conversion therapy is based on] intolerant, innacurate and outdated assumptions about gender and sexual orientation,” according to Huma Munshi, equality improvement manager at mental health charity Mind. “Following conversion therapy, people might feel ashamed of their identity and unable to to be open about their sexual orientation or gender identity at work, at home or in the world at large.”

Gabriel Arana was a victim of the degrading practice himself. Arana wrote about his personal firsthand experience undergoing conversion therapy for American Prospect in 2012. Arana details his experience with therapist Joseph Nicolosi, who promised to “cure” Arana’s homosexuality.

“I left the office with a copy of Nicolosi’s most recent book, ‘Healing Homosexuality,’ and a worksheet that categorized different emotions under the rubrics of ‘true self’ and ‘false self.’ The true self felt masculine, was ‘adequate, on par,’ ‘secure, confident, capable,’ and ‘at home in [his] body,’” writes Arana. “The false self did not feel masculine, was inadequate and insecure and felt alienated from his body.”

The misguided mindset that homosexuality is a flawed charcteristic is the very factor driving a degrading enviornment for people that don’t fit into one of the two binary categories of sexuality. In today’s world, sexuality seems to be such a large determinant of a person’s identity, and yet sexuality is such a small factor among the millions of attributes that make up each and every one of us.

We can no longer overlook and discredit the overwhelming belittling of minority groups. It’s time to prioritize the safety and well-being of every citizen of the United States, beginning with the prohibition of all types of conversion therapy nationally.