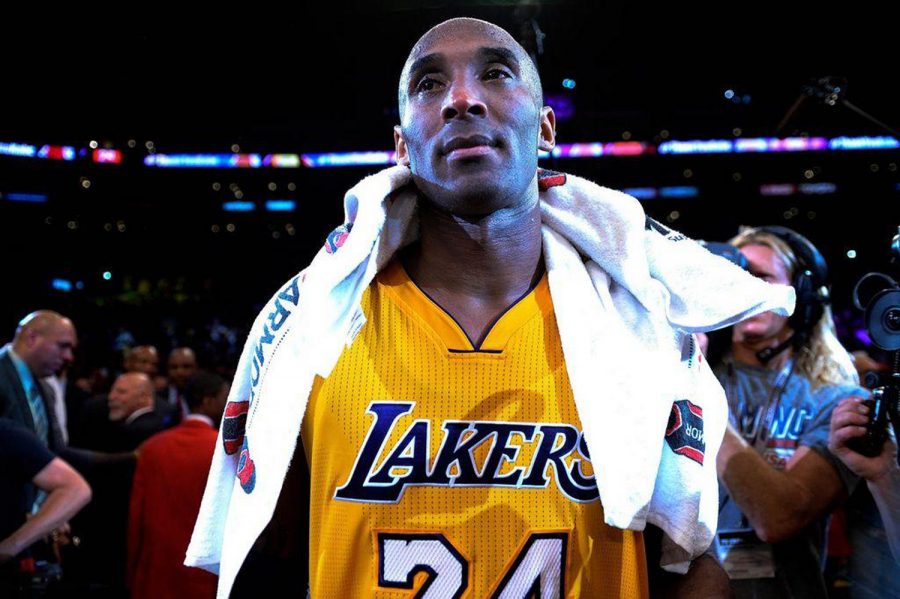 Los Angeles Laker Kobe Bryant at the final game of his career in 2016.

When Pitt men’s basketball head coach Jeff Capel addresses the media at the Petersen Events Center each week, he typically faces questions regarding his team — what he’s gleaned from the previous matchup, how the players are preparing in practice and what sort of problems the next opponent might present.

But when he took the podium Monday afternoon, Capel and all in attendance knew that his return to Duke’s Cameron Indoor Stadium — the place he called home for seven years while serving as coach Mike Krzyzewski’s right-hand man — for Pitt’s upcoming Tuesday night game would not be the center of discussion.

Capel instead faced questions about Kobe Bryant, the NBA legend, father of four and Oscar-winner, among other titles, who died at the age of 41 Sunday morning when his private helicopter crashed in Calabasas, California. The crash also claimed the lives of his 13-year-old daughter Gianna and seven others.

“It’s like a superhero dying,” Capel said. “Kobe was one of these guys that seemed invincible.”

Bryant often did seem invincible, becoming the first guard in NBA history to play 20 seasons, all for the Los Angeles Lakers. Renowned for his work ethic and competitiveness, Bryant won five NBA championships before tearing his Achilles in 2013, after which he famously stayed in the game and made both free throws before exiting.

with a ruptured achilles, walks up to the free throw line, and calmly makes both pic.twitter.com/aVXv4zl5z5

He recovered from the injury and played three more seasons, battling through knee and shoulder injuries until the bitter end. Bryant retired as the NBA’s third-leading scorer of all time in 2016 following a fitting finale in which he scored an NBA season-high 60 points in a win over the Utah Jazz.

“You saw him get hurt with an Achilles, and shoot free throws and walk off the court, and come back from that,” Capel said. “And he willed himself so many times during his basketball career playing through injuries, that it’s just kind of hard to believe that this has happened.”

As part of a generation that grew up invoking Bryant’s name while shooting on hoops and trash cans alike, Pitt’s players expressed an outpouring of shock and grief following his death. Junior guard Ryan Murphy hails from Calabasas, the Los Angeles suburb where Bryant’s helicopter crashed. He wrote on Twitter that Bryant is the reason he wears the jersey number 24.

“It’s been tough for them,” Capel said. “These young guys, they admired him so much, looked up to him so much, as a player and what he’s meant for the game of basketball.”

Capel indicated in the press conference that he knew Bryant in some capacity, though there was once a chance he could have gotten to know him in a much closer capacity — as teammates at Duke. The Blue Devils actively recruited Bryant when Capel was still playing, and he recalls one of Krzyzewski’s assistants being enamored by Bryant’s talent.

“One guy in particular, Tom Amaker … would talk about him all the time because he was the one that would go see him,” Capel said. “And he would say he’s the best high school player he’s ever seen, and how talented he was.”

But Bryant shocked the nation and bypassed college to enter the NBA Draft in 1996, becoming just the fifth player in NBA history to be drafted out of high school. He later said in 2017 that, had he chosen to play college ball, Duke would’ve been his team of choice.

“It’s crossed my mind before, about what that would’ve been like,” Capel said, “if he would’ve gone to college and if it would’ve been Duke, to have a chance to play with one of the best guys to ever lace them up.”

Bryant stayed notably active upon retiring from basketball, serving as an ambassador for several philanthropic causes and a mentor to young players. He became the first African American to win the Academy Award for Best Animated Short Film with “Dear Basketball” in 2018, which he wrote and narrated. Bryant also appeared courtside at several NBA games with Gianna, who he credited on “Jimmy Kimmel Live!” with rejuvenating his interest in basketball.

“Kobe Bryant” talking abt his daugher & the love for the game with @jimmykimmel . Most heartbreaking #RIPMamba . We’ll miss you legend. pic.twitter.com/88wMGwj7i0

“The thing that was really amazing to me is to watch him post-basketball,” Capel said. “And to watch him with his family and his daughters and … you know, seeing kind of a softer side. Seeing him fall in love with the game of basketball again.”

While the world lost a basketball icon, Capel said his thoughts are with the Bryant family, who lost a husband, father, sister and daughter.

“I mean, I loved him as a player, I loved watching him,” Capel said. “But as a guy that has daughters, or has young kids, you know, my oldest is 12, and my kids travel with me to recruit sometimes. And so, it hits close to home when you think about it that way.”