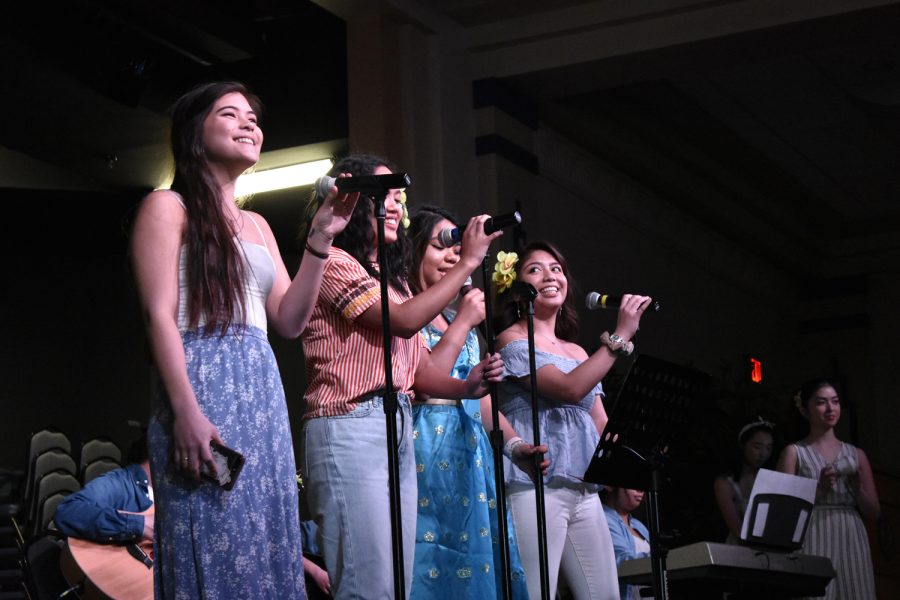 By Anna Ligorio, For The Pitt News

Floral umbrellas and vibrant red ribbons twirled in the air as performers from the Chinese American Student Association danced in the Assembly Room of the William Pitt Union.

Not only was there song and dance, but also instrumental performances. Borong Tsai played the guzheng, a traditional Chinese string instrument. According to Cynthia Truong, a sophomore chemistry major and the programming chair for ASA, Tsai’s skill with the instrument is monumental because he is the only person on campus who plays it.

“He is a jewel in our community. I think he is the only person on our campus that plays the Guzheng,” Truong said. “He performed a song called ‘The Dance of the Yi,’ and he is absolutely phenomenal.”

The diverse lineup was a standout part of the event, according to Josh Lee, a junior biological sciences and economics major and ASA vice president of internal affairs. Lee said even he wasn’t previously aware of some of the groups performing.

“Not only is it awesome to see their great performances, but it’s also very culturally immersing,” Lee said. “They’re doing performances that are close to their hearts and it’s really cool to see the passion in them.”

Along with the musical performances, ASA provided free food at the fair, which was catered by local Asian restaurants and Sodexo. Tables were filled with dishes from around the Asian continent. Each organization in ASA picked one dish that the group wanted to be represented at the fair.

Lawrenceville restaurant Banh Mi and Ti provided Banh Mi, which are small Vietnamese sandwiches filled with savory ingredients such as meat and vegetables, while Oakland eatery Gold Palace Buffet provided the pork dumplings. Both performers and attendees took a break around 1 p.m. to sample the many varieties of food that every group had to offer.

Truong said the event officially started two years ago and that every year the program has become increasingly complex.

“I think this year we made it more of a show — last year it was in the Ballroom and there wasn’t a stage. Now it’s more of an event, in my opinion,” she said. “I think that me and our president, Sagar Rawal, wanted to emphasize and step up the grandeur of this event, which I think we achieved.”

“My favorite part of the event was learning more about my Asian culture and being around other Asian American people,” she said.

The ASA Culture Fair is about representing and celebrating all groups of Asian descent, no matter how big or how small, according to Josh Lee.

“There’s more to Asian Americans than just the dominant Eastern Asian cultures like China, Japan and Korea,” he said. “We want to introduce the idea that students of Southeast Asian culture and our fellow community of students can showcase their own talents.”