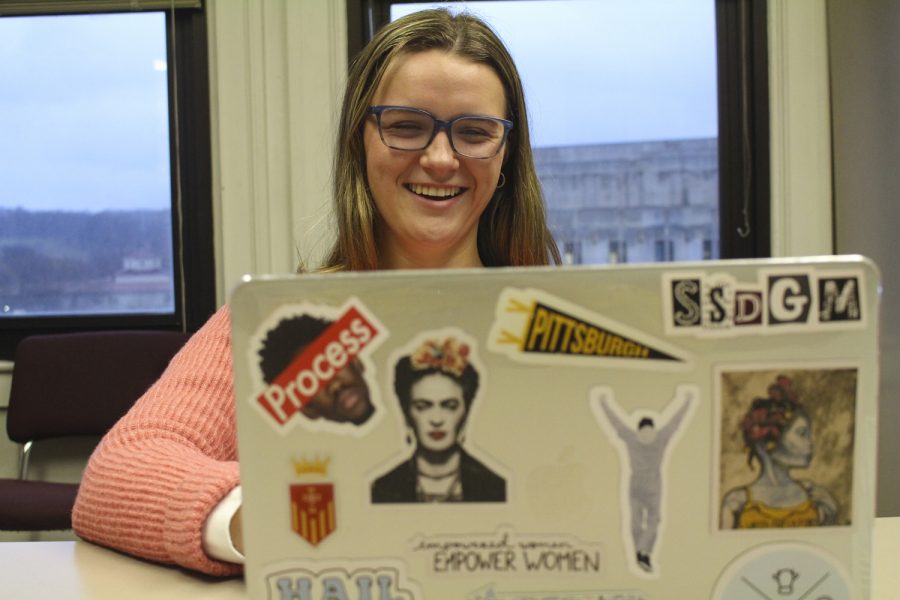 When I tell folks I work for The Pitt News, I often get asked one of two questions. The first is if I want to work for a “real newspaper” someday. I understand the sentiment. What they mean to ask is if I’m looking for a career in journalism post-graduation.

While I look forward to my writing career after my four years at Pitt are up, I’m hardly wishing my time at the University, especially at The Pitt News, away. In fact, working as a columnist for a publication with more than 2 million page views in the 2018-19 calendar year has been one of the highlights of my collegiate career.

Second, people want to know what I actually do. I realize that for many, it seems articles appear every day on our Facebook page with little context as to the work that goes into them, not only from the writers themselves, but also from so many of our editors, supervisors and other unsung heroes.

In honor of Student Press Freedom Day — a national holiday dedicated to celebrating student journalists and emphasizing the need to promote their independence and rights without censorship — I wanted to get those questions answered and shine some light on why we’re asking them in the first place.

Let’s start at the beginning of the process — an idea. Even within the opinions desk, one of the four major desks at TPN, each columnist covers very different material. From politics to astrology to campus happenings, we’re encouraged to pitch well-constructed arguments on anything we have strong feelings about. Unlike our friends on the news desk, we craft reflections, offer commentary and encourage discussion on important events or societal issues. We are also the most politically diverse desk, meaning that in addition to discussing a variety of topics, different columnists will approach them from very different angles.

Being a columnist has reinforced my habit of avidly checking the news. My friends will tell you one of my most annoying habits is constantly being on my phone, but odds are I’m on The New York Times or The New Yorker app, or browsing news stories on our very own pittnews.com. More often than not, I pitch columns related to the current events stories I read on various news platforms.

Writing for this desk has been sort of a trial by fire in learning to formulate arguments. Having just voted for the first time in the 2018 midterms, needing to parse through various mediums’ coverage of political events and emerge with a defensible stance is a relatively novel concept for me. The opinions desk has been instrumental in my learning to make well-researched, comprehensive, meaningful arguments relating to issues that are often highly divisive, controversial or sensitive.

After I submit my first draft, the piece moves to the desk of the opinions editors, who after one or several rounds of edits pass it to the managing editor or editor-in-chief, who after one or more additional rounds of edits puts it in copy to be finalized by two copy editors and the copy chief. It’s then checked by the managing editor or editor-in-chief one last time before publication. After publication, we even get daily critiques on every story from our faculty advisor. That is, at minimum, seven people who have a stake and a say in a single column.

Beyond improving my writing skills, I’ve learned to stick to my guns and collaborate. That’s why students from all backgrounds and career paths can, and should, give contributing to student publications a chance. There’s a reason it’s called “the old college try,” after all. It’s been one of the most formative experiences of my life. Independent student press is something worth fighting for, and it seems we might have to.

A particular constraint faced by student journalists — and one that Student Press Freedom Day specifically aims to shine a light on — is a pressure to simultaneously cover important stories while avoiding jeopardizing our own education.

Student journalists are being pulled in two directions. Being a student often makes it difficult to write stories that paint faculty members, students, organizations or our universities as a whole in a less than flattering light. It’s especially challenging when doing so seems to compromise our school spirit or upset those within our own community.

However, as journalists, we have a responsibility to hunt for and spread the truth. As a columnist, this means arguing for the things I care about, whether it’s related to national politics or to issues in our own backyard. This straining dichotomy has become increasingly evident as student newspapers become the subject of national debates.

The Daily Northwestern, an independent paper that covers Northwestern University and the surrounding area, apologized for its coverage of protests against former Attorney General Jeff Sessions that took place in November 2019. In their apology, they explained why they took down photos of the protesters which some criticized as “retraumatizing and invasive.”

“On one hand, as the paper of record for Northwestern, we want to ensure students, administrators and alumni understand the gravity of the events that took place Tuesday night,” the paper said. “However, we decided to prioritize the trust and safety of students who were photographed.”

Yet, Glenn Kessler, a columnist for The Washington Post, felt that this apology compromised the integrity of reporting and free press.

“How is it possible that a newspaper at what is allegedly a top journalism school would apologize for the basics of reporting?” he tweeted. “This is a travesty and an embarrassment.”

In some ways, student journalism is a double-edged sword. We are both full-time students and working journalists being held to the standards of both facets of our lives. It’s an issue with seemingly no clear answer. Yet if we want to be respected in both groups, we must, at bare minimum, acknowledge the gray area we are floating in.

In honor of Student Press Freedom Day, I’ve developed some responses for my most frequently asked questions. I’ll tell those who ask that we research, pitch, write, edit, illustrate and publish stories on a daily basis while also managing full-time course loads. I’ll tell them that being a student often gives me and my peers a niche perspective to cover stories that national papers can’t always touch. And when people want to know if I hope to work for a “real newspaper,” I’ll tell them I already do.