Pressing the student press: Inside the TPN newsroom 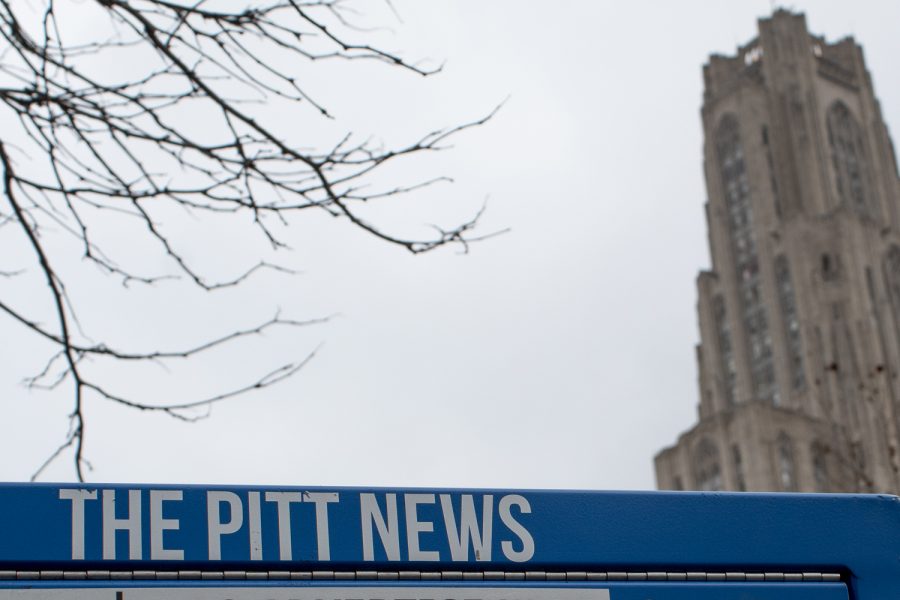 The Pitt News has been active since 1910.

By Nathan Fitchett, For The Pitt News

In honor of Student Press Freedom Day, we’ve decided to report on something that we don’t often cover — ourselves. We’re going to take a peek behind the curtain to talk to some of the people who make this paper possible and find out how and why these students devote their free time to student journalism.

The Pitt News — the University’s independent student newspaper — has been active since 1910. We currently publish a newspaper every weekday during the fall and spring semesters — with print editions Monday through Thursday and an online-only edition on Fridays — and a print edition once a week during the summer. In the fall and spring we circulate 10,000 copies to 100 distribution points around campus, including special editions.

The Pitt News editorial staff consists of more than 100 students who each work on a different section of the newspaper. There are six desks — opinions, sports, digital, culture, visual and news — with about 10-20 staff members on each. Each desk is run by an editor and one or two assistant editors, who in turn report to Janine Faust, a senior English writing major and editor-in-chief of the Pitt News. As the editor-in-chief, Faust oversees the 20-person editorial board at The Pitt News, leads creative projects and works to expand the paper’s presence on campus.

“I try to be there to support the different desks with their initiatives, I try to be there to solve problems, and keep things going and to motivate people,” Faust said. “When you’re an editor-in-chief, you should be a journalist, you should still be writing stuff and be on top of what’s going on, but you should also be willing to fall back and be more of a support system for people.”

Even with a staff of 100, it still takes many hours of hard work to get the paper out daily. Caroline Bourque, a senior English writing major and the managing editor, works closely alongside the editor-in-chief to keep The Pitt News running smoothly. She’s up several nights a week in The Pitt News office in the William Pitt Union, editing stories and critiquing videos and graphics before the 1 a.m. deadline for sending pages to the Pittsburgh Post-Gazette’s printing facility.

“On a day-to-day basis, I read every story that goes through print. I read for factual errors, reporting errors, everything,” Bourque said. “Literally, I live here. 6 p.m. to midnight or 1 a.m., four days a week, plus with meetings, I’d say I’m in the office around 35 to 40 hours a week.”

Staff writers for The Pitt News don’t have quite the same workload as the editors, but they still have to do their part to keep the news cycle running. The staff writers are responsible for picking up assignments pitched and doing the groundwork — going to events, researching and writing the stories that get published every day. But staff writers can’t just publish their stories after they’re done writing them. After stories are written, they pass through several stages of editing before they are finalized for publication.

But student journalism isn’t just all about writing. The visuals desk is in charge of documenting events through photo or video, whether to supplement a written story or tell one on their own.

Thomas Yang, a senior microbiology major and assistant visual editor, helps edit and assign visuals to the team of photographers for each week’s stories, as well as independent projects. Yang feels that the importance of the visuals desk lies in helping people foster an interest in photography and helping them develop that passion.

“Almost none of us are going to touch a camera in a professional context after graduating, we have no photojournalism program here at Pitt,” Yang said. “So, I think it’s important to expose people to something new as an undergraduate college student, because you only get to do this once.”

Although the staff at The Pitt News do get compensation for their work, most don’t join or stick around for that reason. Some people stay for the friendships they’ve made, others for a love of writing. Jon Moss, a sophomore business major and news editor, has stuck with The Pitt News because he believes in the impact student journalism can have on the Pitt community.

“I think that some people just cast us off like, ‘Oh, it’s just a college newspaper,’ but I think we do a really good job of telling the stories here,” Moss said. “Whether its staff, students, faculty or just people in Oakland in general, we’re just trying to make an impact in the community so people know what’s going on around them.”

Students working at The Pitt News are working to help keep the Oakland community in the know, but Faust believes that student journalism is about so much more than informing the community.

“Your world expands when you get into journalism, you get into so many places and you get to talk to so many different people, I just fell in love with it almost immediately,” Faust said. “I can’t think of many other jobs where you get to move around as much, find out as much, or be required to learn as much. Sometimes that can be a pain in the butt, but it’s also just really cool, because you become so much more aware of the world around you.”