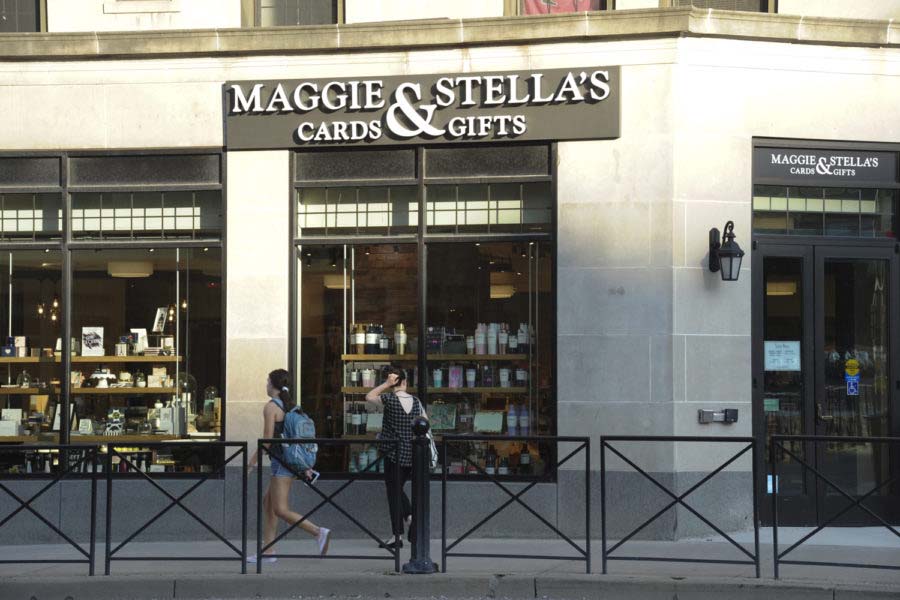 Maggie and Stella’s should run a Super Bowl commercial even though nobody asked them to.

The Kansas City Chiefs will take on the San Francisco 49ers in Super Bowl LIV on Feb. 2. If it wasn’t for our sports editors here at The Pitt News, we would’ve had to google which teams were playing, just like we had to google what LIV stands for in Roman Numerals — 54 by the way, it’s Super Bowl 54. Needless to say, most of us are only watching the game for the legendary commercials — and maybe the hot wings. These are the top 10 establishments in Oakland that totally deserve a Super Bowl commercial.

Do you actually know a single person who lives in this residence hall? Is it even real?

In the winter, everyone at this bus stop is cold and angry. Especially during rush hour, when the 54C is 13 minutes late and the only open seat is soaked in the milk and espresso of someone’s deceased cappuccino. This commercial is a tribute to the cappuccino, the lack of standing room and the hangry passengers who just wanted to catch the bus on time.

In the Cathy basement, there is a new printer with a touch screen that absolutely nobody has any idea how to use. Instead of utilizing the new and improved technology, students often boycott this printer and wait in line for one of the old printers. We haven’t given up hope that there’s someone out there who knows how to use the fancy printer. Hopefully this person is watching the Super Bowl commercials.

This pizza joint is allegedly located on Atwood Street. Is it really there, or is it just an illusion?

The two pizza places on campus that students love to frequent and love even more to disagree about. We’d love to see the kind of creative attack ads they could run against each other. And maybe, we could pick a winner once and for all. Probably not, though.

The less-frequented dining hall on upper campus that, apparently, has better waffles than Market Central. But it might just be the altitude change that makes them taste different.

We’re just gonna leave this one as is. Feel free to chew on it.

No, we’ve never seen a student in this establishment, but still, it’s surviving and thriving. Maggie and Stella’s would run a Super Bowl commercial even though absolutely nobody asked them to.

The average cost for a 30-second commercial slot at the Super Bowl is $5.6 million. Or roughly the cost of CMU’s tuition per student.

The Pitt News Editorial Board

Including a Super Bowl commercial slot, we cover everything — except tuition.