Sophomore stars come up clutch in 62-57 win vs. Miami 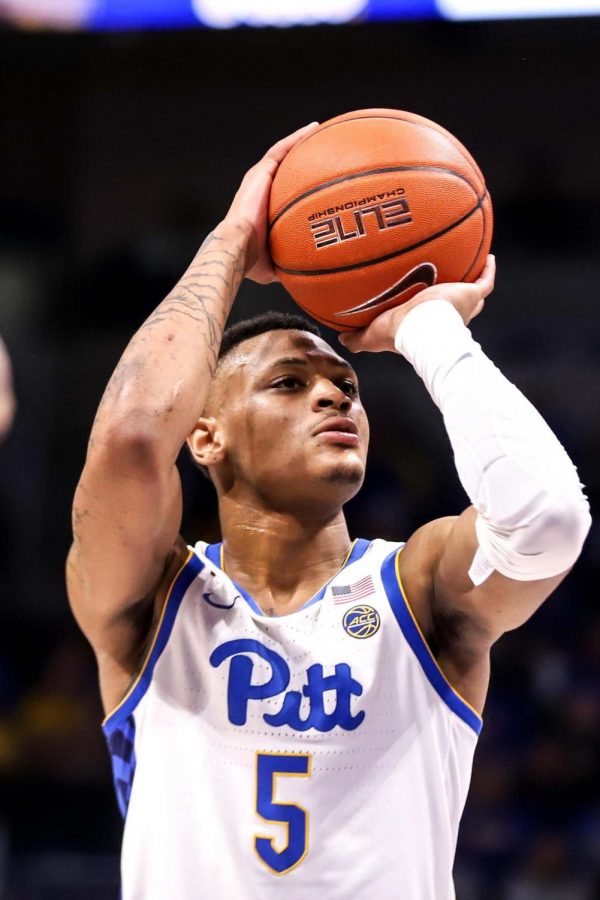 Sophomore guard Au’Diese Toney concluded his postgame press conference with a definitive answer to a complex question: How has this program progressed in head coach Jeff Capel’s second year?

“Change is gonna come,” he said.

Toney’s guarantee comes as more of a bird’s-eye view of Pitt’s standing compared to other national basketball powers, but could have easily applied to Sunday’s gut-check victory over Miami on Sunday.

The Panthers were tenacious on defense all afternoon. And as has been a theme all season, Pitt got its best offense off of turnovers and in transition. It converted 13 Hurricane turnovers into 22 points.

According to Miami head coach Jim Larrañaga, Pitt’s proficiency did more to affect the game than any shortcomings from his squad.

Defensive intensity drove Pitt to lead as large as 10 in the first half and its crisp offense helped maintain a nine-point lead at halftime. 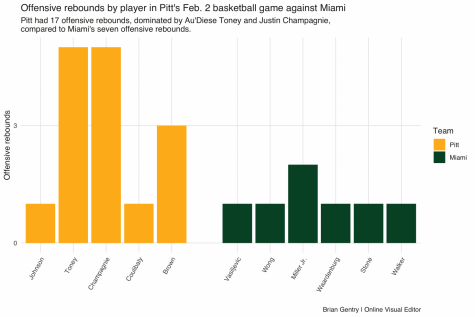 Toney continued his hot streak in the opening 20 minutes. He scored 13 points on 5-7 shooting and gathered three rebounds while playing the game’s entire 40 minutes. His scoring regressed in the second half, adding only one field goal, but Pitt head coach Jeff Capel was more impressed with the way Toney’s game expands beyond the box score.

“I think one of the things that’s going very very underrated is what he’s done defensively,” Capel said. “What he did to DJ [Vasiljevic] today, what he did to Cassius Stanley at Duke, what he did to Elijah Hughes. And [Buddy] Boeheim went nuts, then we made the switch and he shut down Boeheim … I think he’s one of the best defenders in our league.”

Like Toney, Pitt’s shooting deteriorated in the second period. After a 46% clip from the field in the first, the Panthers mustered only 29% in the second. Capel credited the poor shooting to Pitt’s own hesitancy against Miami’s switch to zone.

In the meantime, the Hurricanes had battled back to a 51-all tie with 3:54 remaining in regulation. At the under-four minute media timeout, Capel implored his players to wipe clean their poor shooting, particularly sophomore guards Xavier Johnson and Trey McGowens, and win the final minutes.

The most heralded members of Capel’s first recruiting class, McGowens and Johnson are burdened with much of the blame and credit for Pitt’s performance in a given game. And as stars, their inefficient 35% field goal rate and 4-15 mark from distance will be first and foremost in the minds of spectators, but their clutch shot-making in the contest’s waning minutes carried the Panthers to a win.

“Those guards are good,” Larrañaga said. “They didn’t shoot great today, but the idea is to win the game and they did what was necessary to win.”

The pair of sophomore stars scored all of Pitt’s final 11 points from the under-four media timeout on. That run included marks of 3-5 and 4-4 on field goals and free throws, respectively.

McGowens finished with a game-high 17 points. Johnson recorded six assists and three steals to only a pair of turnovers in addition to his 13 points. First-year guard Justin Champagnie was also outstanding in the win, with nine points and nine rebounds.

The Panthers next travel to South Bend, Indiana, to battle Notre Dame. Entering the weekend with identical 4-6 conference records, both teams will attempt to separate themselves in the crowded middle of the ACC. Tip-off is slated for 6:30 p.m.