Opinion | Stop joking about the coronavirus 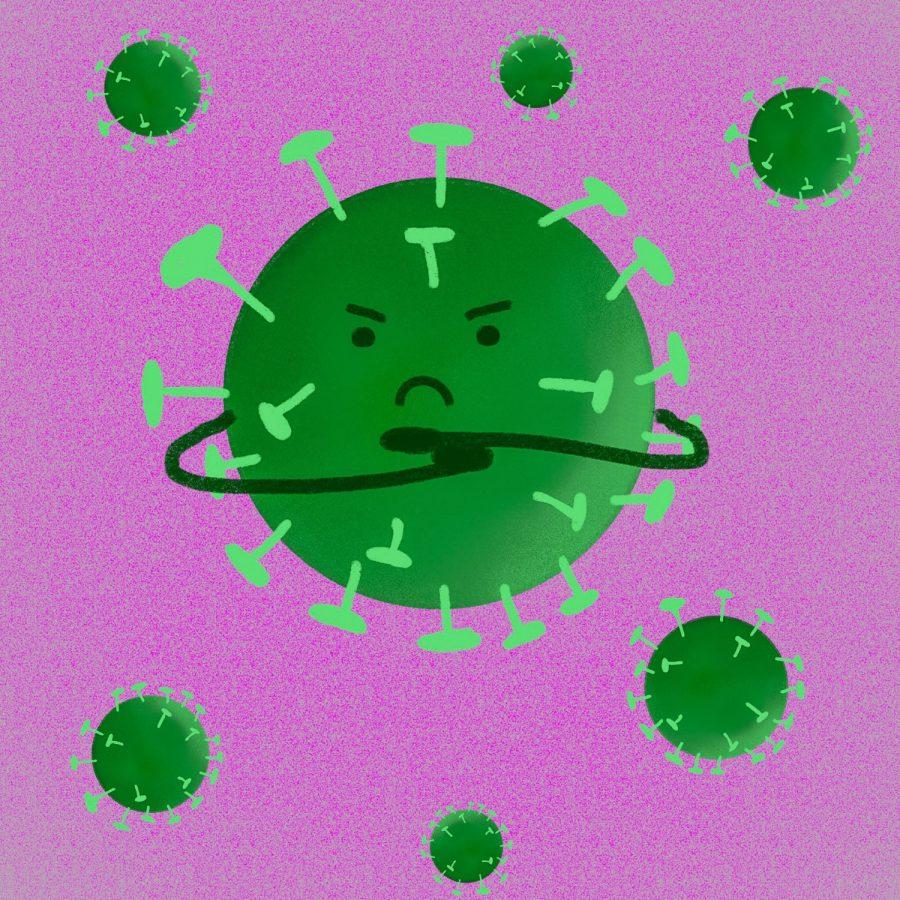 Gen Z is pretty well known for our dark, usually fatalistic sense of humor. Lately, this has been demonstrated by the jokes about the ongoing outbreak of a novel coronavirus in Wuhan, China.

I’ve seen and heard plenty of jokes about the virus — both in person and on the internet — and while they’re meant to be harmless and amusing, they are representative of a much larger issue. Jokes about the coronavirus are insensitive and inappropriate as they ultimately play into the racist attitudes and stereotypes that are being perpetrated by the outbreak.

This novel coronavirus — specifically called 2019-nCoV — first emerged in December 2019, and became widespread in the second half of January. Scientists suspect that the virus originated in an animal — though the definitive source remains unknown — and was then transferred to humans, likely in a market in Wuhan. It is transmitted between humans via direct contact with droplets — from sneezing or coughing — that contain the virus.

The virus has proven difficult to contain due to its incubation period, as people who contract it may appear healthy for up to two weeks before showing symptoms. As such, it is difficult to tell exactly when a person becomes infected, and they may spread the virus to others before realizing that they are sick.

Though the virus has only had a 2% mortality rate up to this point, it has caused significant panic across the globe due to the limited options for treatment and the absence of a vaccine.

It’s easy enough for Americans to brush off the impact of this outbreak, as there are only a few cases in the United States — the eleventh case was confirmed on Monday. However, in mainland China, the virus is spreading quickly despite China’s containment efforts — including putting Wuhan, a city of 11 million people, on lockdown, shutting down public transportation and closing the market where the virus may have originated. More than 7,000 new cases have been confirmed since Jan. 20, bringing the total number of infected persons to more than 17,000.

While this number alone is certainly alarming — especially considering how rapidly the virus seems to be spreading — there is a possibility that the spread of the virus is far wider. A study by Northeastern University’s Laboratory for the Modeling of Biological and Socio-technical Systems speculated that — given the spread of the virus on Jan. 29 — the actual number of infected persons could be close to 31,200.

Due to the rapid increase in confirmed infections, the World Health Organization declared the coronavirus outbreak a “public health emergency of international concern” on Jan. 30. This was a reversal of its statement that the coronavirus wasn’t a global health emergency only a week prior. This information demonstrates the gravity of the outbreak and why it is not something to be taken lightly. Making jokes about a matter of international health concern is insensitive to the suffering of thousands of people, not to mention it can add to the racist attitudes that have become prominent during the outbreak.

The spread of the coronavirus has sparked fear and panic across the globe, leading to increased xenophobia directed at Chinese people. An irrational — though increasingly common — fear seems to be that any Chinese individual could be a carrier of the new virus, leading to a number of harmful movements in different countries.

In France, a regional newspaper ran a story with a headline warning citizens about a “Yellow Alert,” while in Japan a trending hashtag on Twitter says “#ChineseDon’tComeToJapan.” In other countries — like South Korea and Vietnam — some businesses have posted notices that customers from mainland China are not welcome in their establishments.

In one extreme case, this anti-Chinese sentiment has resulted in death. In Sydney, Australia, a Chinese man experiencing cardiac arrest collapsed outside of a restaurant. Bystanders didn’t administer CPR for fear of the man being infected with the coronavirus, a dangerous assumption that proved fatal for the man.

Racist attitudes like these are also present in the United States. Notably, the University of California, Berkeley posted a list of common reactions to the spread of the coronavirus on Instagram on Jan. 30, citing “xenophobia: fears about interacting with those who might be from Asia” as a common response.

Though the post has since been deleted, and the University has issued a statement apologizing for it, the incident demonstrates how the coronavirus outbreak is being used as a way to justify or normalize racism — which is inexcusable. Normalizing this kind of xenophobia, or any kind for that matter, puts countless people at risk and is, frankly, reprehensible.

Jokes about the coronavirus can play into the normalization of these attitudes by spreading false information — like saying that the virus is more contagious or more deadly than it is — or that it’s impacting the world more seriously than it is. In reality, the majority of the outbreak remains in mainland China, where doctors are facing shortages of medical supplies — such as medicines, disinfectants and protective equipment — and have said that any materials donated from foreign countries will be fast-tracked through customs and put to use as soon as possible.

Aside from perpetrating harmful stereotypes, jokes about the coronavirus make light of the increasingly serious situation in mainland China. As the number of confirmed cases of infection continues to rise and Chinese hospitals run out of supplies and beds for patients, citizens grow frustrated and sometimes desperate. In one case, a man physically attacked a doctor in a Wuhan hospital after the man’s father in law, who was a patient being treated for the coronavirus, passed away.

While the coronavirus has touched other parts of the world, nowhere has the impact been as serious or as widespread as it is in China. Jokes about the coronavirus — while probably not meant to be malicious or otherwise problematic — make light of the situation and belittle the scope of the issue.

Paige Lawler writes primarily about environmental policy for The Pitt News. Write to her at [email protected]