Opinion | This guy wants to give you money 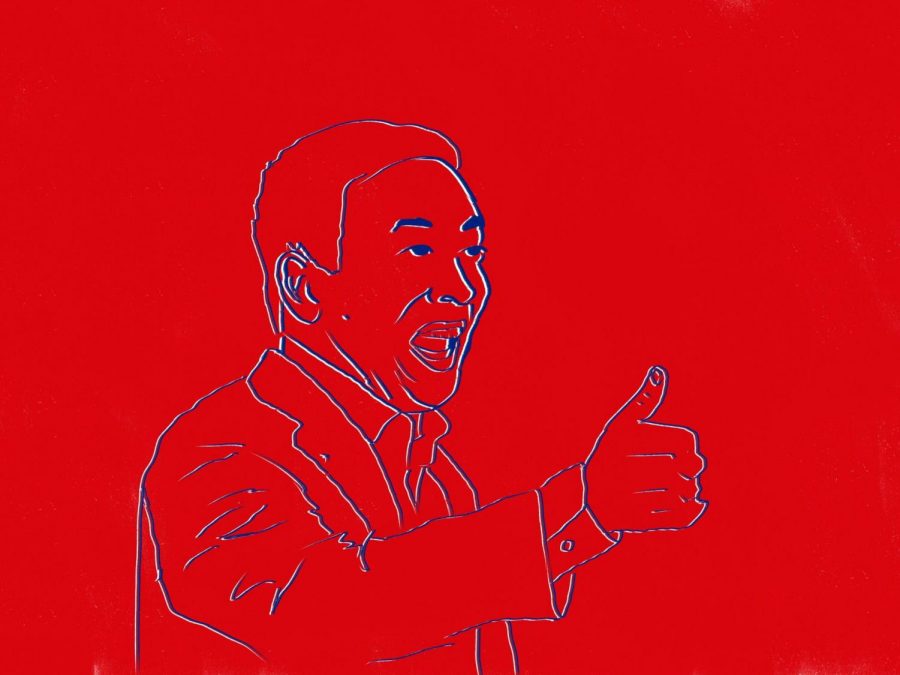 By Ethan Tessler, For The Pitt News

For those who don’t know, there is a guy running for president that wants to give you money. Yes, you. This isn’t in the form of some tax break, welfare or anything like that. This is real money, deposited right into your bank account every month.

Those who have been keeping up with the Democratic debates may be familiar with him. His name is Andrew Yang — also known as “an Asian man who likes math.” He is the son of Taiwanese immigrants, a graduate of Brown and Columbia and founder of Venture For America, a two-year fellowship program for recent grads “who want to work at a startup and create jobs in American cities,” according to its website.

He’s also running for president — and you need to vote for him.

Though you may know he is running, you are probably not familiar with why he is running. Yang wants to help solve the problems that got Donald Trump elected, specifically the fact that millions of jobs were lost due to automation.

Many entry-level jobs have already been taken over by machines, and many more will be taken over in the very near future. If you go to the Dunkin’ on Forbes Avenue, there are two large black monitors that are highly capable at taking customer orders. Roaming around campus are 2-foot-tall white food delivery robots that are 98% autonomous.

The most alarming part of this revolution is how ill-prepared our nation is to handle such a change — the United States Congress doesn’t even know how the internet works. Technology is decades ahead of our current legislation and will continue to be until there is a commander-in-chief that understands how to navigate the current technological landscape.

Cue Andrew Yang — the only Democratic candidate that has planned for this sudden shift in industry. He understands how to maneuver our government through the next industrial revolution. In his book “The War on Normal People,” Yang goes into great depth about job displacement, automation and the solution — universal basic income. Though it seems like a relatively new idea, the concept of a universal basic income has been championed by many in the past — including Dr. Martin Luther King Jr. and Richard Nixon. Yang’s version of UBI is called the freedom dividend and consists of a monthly allowance of $1,000 for every American who is older than 18 and not in prison.

Many have questions surrounding UBI, and rightly so. Skeptics are worried about its practicality in the real world, but UBI has been supported by many economists who, like Yang, believe now is the best time to implement such a change into our society. On his website, Yang estimates the freedom dividend will permanently bolster the economy by about 12.56 to 13.1% — or about $2.5 trillion by 2025. He also adds that it would increase the labor force by about 4.5 to 4.7 million people. Others are worried about how our government will pay for such a piece of legislation. Yang proposes a value-added tax of 10%.

A value-added tax is a tax on the production of goods or services a business produces. It is a much fairer tax than how corporations are currently being taxed, as it is much harder to loophole your way out of. Already 160 out of 193 countries employ a VAT — including all of Europe which has an average VAT of 20%. Companies such as Amazon, Netflix and IBM got away with paying $0 in taxes, while reaping billions of dollars in profits. Once these companies are forced to pay their fair share, the government will have much more spending money.

Perhaps one of the more interesting policies of Yang’s is his proposal for the Department of Technology — a brand new federal government department with a cabinet-level secretary.

Though it’s true that many presidents never really get to do the things they planned on doing when they were running, it is encouraging and refreshing to see a candidate who is thinking differently. Yang is not a politician — he is a problem-solver focused on fixing the issues that got Trump elected.

Though he has a strong grass-roots following that is growing by the minute, many Democratic voters are scared to vote for him because they don’t believe he can win the election against Trump. Yet that’s not what the data says. A poll conducted by YouGov shows that 10% of former Donald Trump voters would vote for Yang if he were to be the Democratic nominee — the second-highest number, next to Bernie Sanders at 14%. This is because he understands how Trump persuaded many of these individuals into voting for him.

Like Trump, Yang knows that most voters vote with their hearts, not with their heads. But instead of attacking Trump like other Democratic candidates, Yang talks about issues like store closures and mass layoffs, offering a solution in the form of the UBI. He understands that most people do not care about the big issues, they just want to put food on the table.

In addition to disaffected Trump voters, Yang is also mobilizing young voters, immigrants and even libertarians. It is worth noting that more than 40% of Andrew Yang supporters refuse to vote for another Democratic nominee that isn’t him. The same poll, conducted by Emerson College, shows that supporters of Joe Biden, Elizabeth Warren or Buttigieg would not refuse to back another nominee. It is because of this that he is the best candidate for the Democrats to take back the White House.

To those who still believe he is a longshot candidate, the website canandrewyangwin.com provides detailed analysis with statistical evidence comparing him to other “longshots” like Jimmy Carter, who was polling at 0.5% in 1975 and Bill Clinton, who was polling at 7.4% in 1991. Barack Obama trailed Hillary Clinton by more than 20 points in 2008. More recently, Donald Trump was polling at 6.5% in 2015. Trump, and the rest of the names mentioned, all went on to win their respective party primaries.

Regardless of whether or not Andrew Yang wins the primary or the election, it is refreshing to see someone in politics as transparent and humanistic as him. His common sense problem-solving approach to politics has energized many disengaged voters and brings a rejuvenating sense of honesty and genuity.

As he says, “Not left, not right, but forward.”