Behind the curtain: Reporting the Oscars 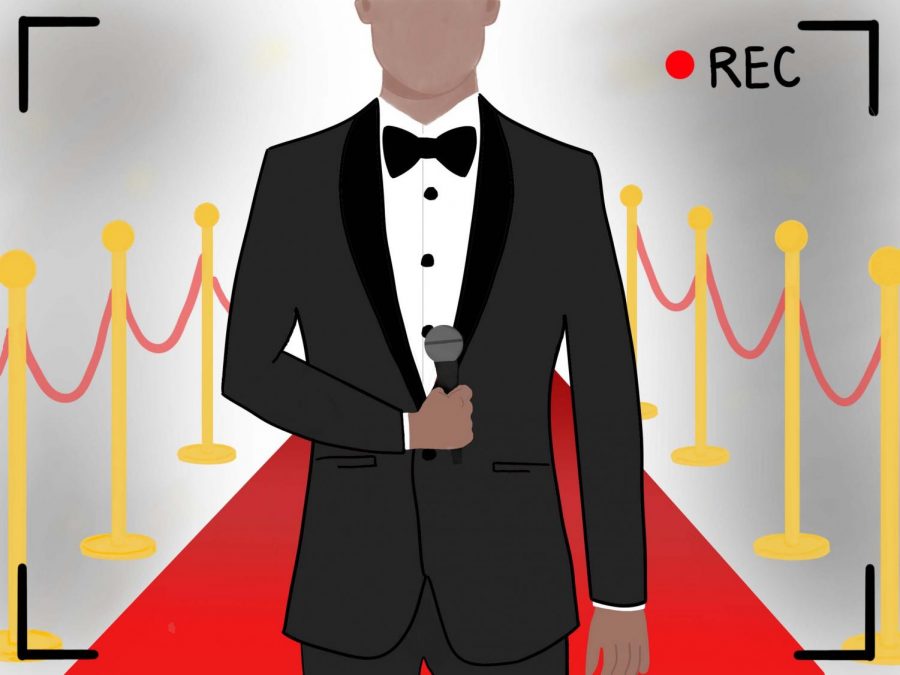 Anthony Breznican knows his way around the Academy Awards red carpet. In between A-list actors and producers, Breznican weaves around looking not for his next award — but his next big scoop.

Breznican, a 1998 Pitt graduate and former Pitt News editor-in-chief who currently writes for Vanity Fair is one of countless reporters who attend award shows for work. Though plenty of reporting happens before the event, once nominees have been announced, reporters have to rush to cover the winners.

Breznican said reporters covering the Oscars can use a couple of different strategies.

“When a reporter is on the Oscar beat, there’s a couple of different ways you can do it. One is to cover it as a horse race like, who’s up, who’s down, what’s the reaction to this movie amongst the people who are voting for the awards,” Breznican said. “I’m much more interested in writing about the films that count as the best pictures of the year. What’s interesting about them, what stories can be told about them that are compelling?”

Such stories can be on a variety of topics, such as the recent trend of men not wanting to see “Little Women,” which Breznican reported on. Breznican said he’s glad he had the opportunity to bring attention to the disparity by talking to people who were arguing in favor of men seeing the film.

“The distributors of the film were having a very hard time getting men to come see the movie. They just were not coming to screenings, they were not apparently compelled by it, and so I was very proud of a story we did talking to some of the people who were advocating on its behalf,” Breznican said.

Breznican prefers these kinds of stories as opposed to simply measuring voter reactions because they can add variety to the discussions around nominees, as do stories about films that weren’t nominated. Just because a film doesn’t get an award doesn’t mean it’s not worth seeing, and Breznican said he believes it’s important to talk about films that are snubbed to highlight good performers who weren’t recognized.

“We do have an impact on the films that people choose to see both as moviegoers and as voters. Then once the nominations come out, you just have to address the snubs. Our first story on nominations morning was ‘Here are people who were left out,’” Breznican said. “And I think that sometimes the absence, writing about the negative space, can shine a light on these films and some of those performers and artists.”

When it comes to getting a job where you get to attend the awards, Jake Coyle, a film writer for the Associated Press, advised networking.

“In my experience, at least, getting your foot in the door so that anybody at somewhere you want to work knows your name and is familiar with you, that’s the whole key,” Coyle said.

Coverage for the Oscars starts long before the actual nominees are announced, with reviews of films that are released both widely and in film festivals. Coyle said they try to cover most of the potential nominees when they’re released.

“Most of these movies we’ve covered from when they first came out, either or both in reviews and features,” Coyle said. “As we’re nearing the show, we love to do features on movies or nominees that we haven’t done stories on already.”

Coyle worked on a story taking a similar approach on Best Documentary nominee “The Cave,” whose director, Feras Fayyad, is Syrian and had trouble securing a visa to come to the ceremony.

Jessica Mason, an assistant editor for The Mary Sue, a feminist pop culture news site, said she focuses on diverse stories to show how the Oscars can affect systems of power.

“I prioritize stories that highlight either diverse nominees or diverse stories, which are sadly lacking this year.” Mason said via email. “The most important thing for me to get across is how the Oscars tend to maintain rather than subvert oppressive systems.”

On the night of the award shows themselves, Breznican said there are many places for reporters to be. First, there’s the red carpet. There’s very limited time to ask questions, and there’s a lot of chaos as people move through. Breznican said covering the red carpet can be like playing volleyball.

“You are setting up the ball and hoping that your interview subject will spike it down and score a point,” Breznican said. “I was trying to ask one or two questions that would get a fun or colorful answer from people.”

Breznican explained that while some of the reporters on the red carpet are specifically covering fashion, others are looking for a story that can only be found coming directly from award nominees. When they have one, they rush back to call their editor to get the story written.

Then there are people who cover from the press room, Breznican said, which is also referred to as “backstage.” This is where the winners come after receiving their awards. Reporters can ask questions more directly than on the red carpet, and they can ask about things that happened onstage. Breznican said sometimes tough moments can happen offstage, such as when Michael Moore protested the Iraq War and was booed off the stage during the 2003 awards.

“Him coming backstage was a really important story that had to be written up immediately, so I remember it wasn’t me, but somebody else asked him, ‘Well why would you say something like that on stage?’ and his answer was, ‘Well I’m American. We have freedom of speech here,’” Breznican said.

Reporters can also be stationed in the wings of the stage, where sets are coming on and off and presenters are waiting to go on. According to Breznican, it’s not a good spot for interviews, so reporters are mostly just observing the goings-on.

“There’s always a lot of interesting drama and interesting little funny moments or emotional moments and you try to be the fly on the wall there,” he said. “It’s a great place to see people, interesting personalities collide and interact, and that’s really what I would try to capture when I covered it back there.”

Acording to Coyle, reporters covering the Oscars and the lead-up to them strive to create a narrative that appeals to a wide audience and goes beyond just being a recitation of the night’s events. Coyle said that it’s not about covering the letter of the event, but painting a picture for the readers at home.

“You’re aiming for more than a list of winners, but something that chronicles the evening and the color of the ceremony and what the main themes were that kind of came out,” Coyle said.