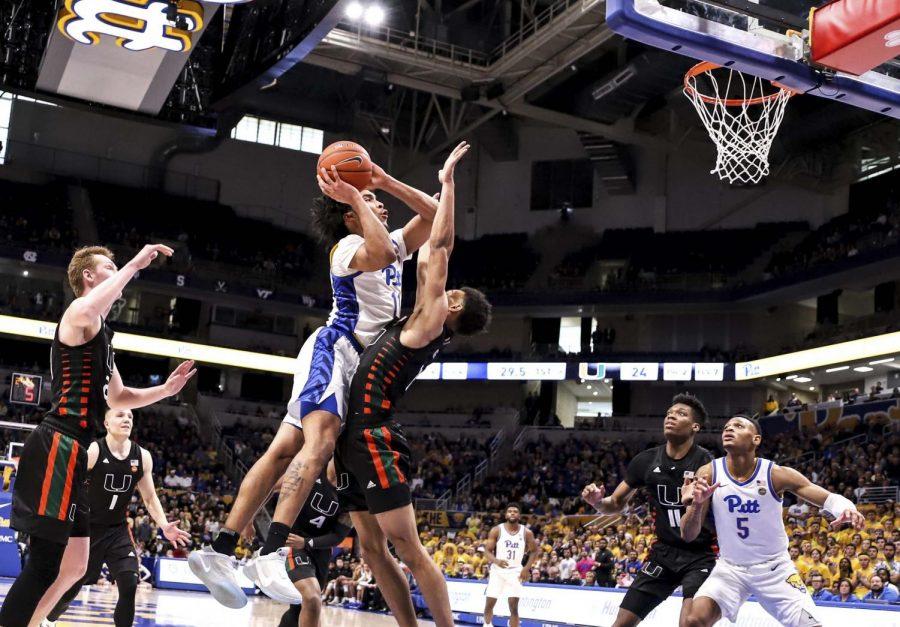 All season, Pitt men’s basketball has let wins slip through their fingers in crunch time. The young Panthers are still growing into their own talent and mastering the art of winning.

Talent has never been the issue when leads are blown and mistakes are made. Head Coach Jeff Capel’s players have shown flashes of greatness as individuals and a team through his first two years, but there is a nagging hindrance: inconsistency and inexperience.

The Panthers have struggled to carry success through difficult moments. But on Saturday an 8-0 run late in the second half clinched a victory in which they played beyond their youthful reputation.

Junior forward Terrell Brown has seen plenty of “hard”. He’s lived through an 0-18 ACC campaign his freshman year and now minutes have been inconsistent in his junior year, but he made the most of his 14 in Saturday’s first period. Brown set the tone for a frenzied defensive effort in which Pitt turned the Yellow Jackets over 22 times, and Capel though his energy was essential.

“I thought Terrell got off to a really good start and played with energy and did some really good things,” Capel said.

Making his first start since late November, Brown brought relentless energy, even when matched up on one of the ACC’s best centers in Georgia Tech senior James Banks III. In the opening half he stuffed the box score with nine points, five rebounds, two steals and a block.

While Brown provided the spark, his second half was limited by foul trouble. And first-year forward Justin Champagnie picked up the slack. Champagnie scored a game-high 30 points on 17 shots and carried Pitt through it’s offensive lulls, particularly in the second half.

After trailing by as many as nine, Georgia Tech cut the Pitt lead to one with 7:50 left in the game. A technincal foul on Capel, which he himself described as “stupid”, gifted the Yellow Jackets the free throws that made things so close.

But Capel said he was grateful for his players, who responded afterwards with a closing run that sealed the win. A Champagnie jumper pushed it back to three and the Panthers never looked back.

Champagnie recorded 17 of his 30 point total in the second half and six in the final 7:29 of play. With 20 seconds to play and Pitt leading by 11, Champagnie checked out for the final time to a standing ovation from the home crowd, a surreal moment, but not one he will let linger. “I mean it was a great moment for me,” Champagnie said. “But at the same time it’s on to the next game. I can’t just dwell on me having a good game this game. My teammates expected me to play good. I mean it felt good, but it’s just a moment.”

Champagnie made strong drives and settled in soft spots of the Yellow Jacket’s 1-3-1 zone defense. But it took tremendous passing from Pitt’s two lead guards, sophomores Xavier Johnson and Trey McGowens. The duo combined for 16 assists to only two turnovers, which covered for their poor shooting from the floor.

In all of Pitt’s 15 wins there have been bright spots. Dazzling scoring outbursts, suffocating defensive performances and a litany of hustle plays that have all been praised at that moment. But getting to “the other side of hard” takes more than one win.

The Panthers now have seven games remaining to prove that they can make those bright spots habits and that today’s extraordinary can become tomorrow’s expected. The journey to the other side of hard continues on Wednesday night, when the Panthers host Clemson for a 9p.m. tip-off from the Pete.