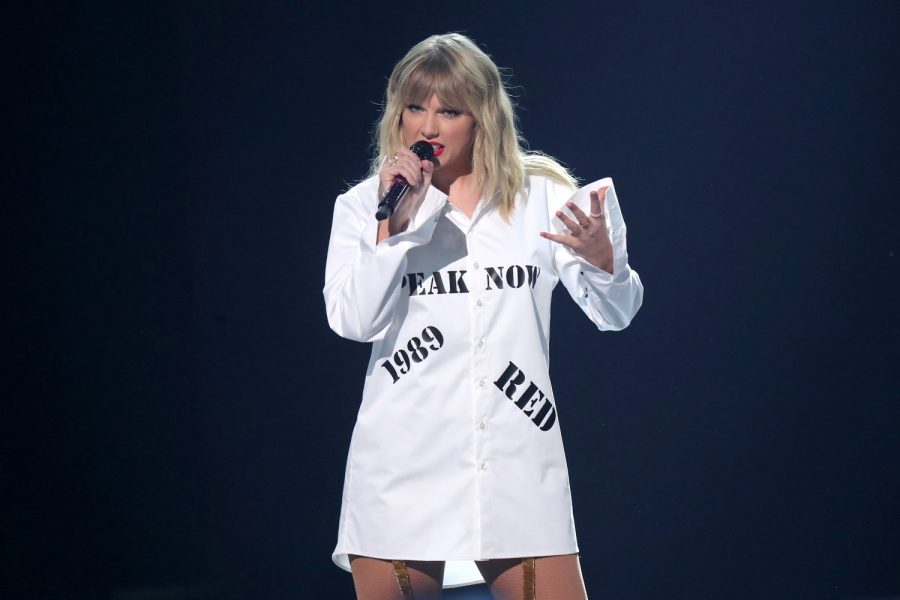 By Alison Sivitz, For The Pitt News

Since the ripe age of 10, I’ve discussed Taylor Swift’s musical prowess with anybody and everybody willing to engage, not unlike a smaller and more progressive version of your grandpa who loves talking about presidential biographies.

In a sense, Swift’s music raised me — I passively absorbed “Taylor Swift,” conceptualized societal heteronormativity to “Fearless,” dreamed about crashing various celebrity weddings to “Speak Now,” grew boobs to “Red,” became hyper-aware of New York City to “1989,” plotted my first feminist uprising to “Reputation” and most recently mastered the Port Authority bus system to “Lover.” However, as Taylor’s career was skyrocketing, American democracy was descending into chaos.

Now, I probably don’t need to explain the past few years of American political turmoil. But between threats to the Affordable Care Act, escalating racism and anti-Semitism, the politicization of the Supreme Court, countless mass shootings and threats to reproductive and LGBTQ+ rights, things have been so bad that I’ve been forced to become familiar with the personal lives and voting records of a bunch geriatric white guys. So bad, dare I say, that it complicated my relationship with my queen of pop. Because, for the majority of my life, the most political statement she’d ever made was “haters gonna hate hate hate hate hate.”

Up until recently, I had attributed Taylor’s silence on political issues to a fear of alienating a large portion of her fanbase. I didn’t love it, but I was young and politically naive. Times were much simpler. But then, as a young adult living through the rise of Donald Trump, I was forced to reconcile my passion for American politics with Taylor’s silence on important issues. After all, she did start out as a country artist with an assumedly conservative upbringing. Did she still, in 2018, believe that slamming screen doors counted as songs? Or had New York City completely transformed her into a liberal coastal elite? Nobody could say for sure, but a fair portion of the public — including myself — believed that, similarly to her fourth album, her ballot was red.

Though unexpectedly, Taylor encouraged her Instagram followers to register to vote on Oct. 7, 2018. What’s more, she encouraged them to vote blue, endorsing Democratic congressional candidates Phil Bredesen and Jim Cooper over their respective Republican rivals, Marsha Blackburn and Jody Ball.

From that point on, Taylor became more frequent in her espousal of political statements, most notably releasing a music video for her 2019 single, “You Need To Calm Down,” which stars an impressive lineup of LGBTQ+ icons, and using her public platform to advocate for the ratification of the Equality Act. While many were excited to watch Swift enter mainstream political discussions, some felt as though she’d missed the mark, accusing her of queerbaiting and demonstrating insincere allyship as a means of bolstering her own image.

More light was shed on the behind-the-scenes reality of Swift’s political statements on Jan. 23 when she released “Miss Americana,” a Netflix-produced documentary that chronicles her rise to fame over the past two decades. The documentary, directed by Lana Wilson, tackles a variety of issues, including body image, sexual assault and mental health, while also focusing largely on Swift’s transition into taking public political stances.

While the political aspects of the film delighted many fans — myself included — and irked others — people who are not me — it certainly pulled back the curtain and revealed the forces that had, for so long, discouraged Swift from publicly discussing politics.

In one of the documentary’s most notable scenes, Taylor sits down with her parents as well as a few members of her management team to discuss her desire to publicly discuss politics. While Taylor makes a case for speaking out about then-candidate Marsha Blackburn’s support for mysogynistic and homophobic policies, her father and team members — who are all, unsurprisingly, old white men — aggressively discourage her from making a public statement. In their eyes, strong political stances would likely alienate a considerable portion of her fanbase and prove detrimental to savvy business.

In many ways, this scene’s dynamic represents the structures — namely patriarchal power and the privilege of neutrality — that Taylor waited so long to critique. As we see, these were the exact forces constraining her for over a decade.

Of course, after the documentary’s release, a fair few internet users remained skeptical of Swift’s sincerity, wondering if the documentary was aimed at making them feel sorry for a white multi-millionaire. However, while a fair number of criticisms leveled against her are fair, the long-standing, vocally oppressive sentiment displayed by Swift’s team can’t be completely overlooked.

Now, I’m not hailing Taylor Swift as some sort of white savior or American hero, and I’m certainly not insinuating that we should feel sorry for her. Considering her status as a wealthy white woman, much of the criticism surrounding her long-held political silence is valid. After all, with such immense protection from basic societal injustices, she had little to lose from her silence — a privilege that is not afforded to many. However, while I strongly believe she should’ve utilized her platform much earlier than she did, I also think it would be a mistake to discount a voice with such broad reach.

By fervently policing influential women for not acting quickly or adequately enough, we perpetuate the exact environment that discourages them from taking strong stances in the first place. Swift herself raises this exact point in “Miss Americana,” specifically referencing the Dixie Chicks’ eventual blacklisting from the music industry following lead vocalist Natalie Maines’ 2003 comments about feeling “ashamed” that then-President George W. Bush is from Texas. The band later released its 2006 single entitled “Not Ready to Make Nice,” which blatantly criticizes former President Bush and acted as the final nail in the band’s coffin.

As a result of taking such political stances and angering their largely conservative fanbase, the Dixie Chicks were effectively exiled from the music industry and rendered unable to further utilize their platform. This is not the type of fate we should enable or encourage for artists like Swift.

Plus, in an era of near-constant political volatility and online conflict, Taylor is not a villain we need to be going after. With 126 million followers, many of whom are young voters, her voice holds incredible influence. In the 48-hour aftermath of her initial Instagram post alone, vote.org reported 102,000 new voter registrations — more than they’d received in the entire previous month.

From here on out, it’s up to the public to hold Swift — and anybody with a platform, for that matter — to a high standard, pointing out mistakes and encouraging betterment. It is counterproductive, though, to discourage these platform-holders from speaking out in the first place. And sure, maybe I’m just perpetually biased toward my favorite childhood popstar and desperate for young voter engagement. However, when it comes to writing off Taylor’s political statements, I think everybody needs to calm down.

Alison Sivitz writes about pop culture and politics. Follow her @ali_sivi for hot takes and bad jokes. Write to her at [email protected].