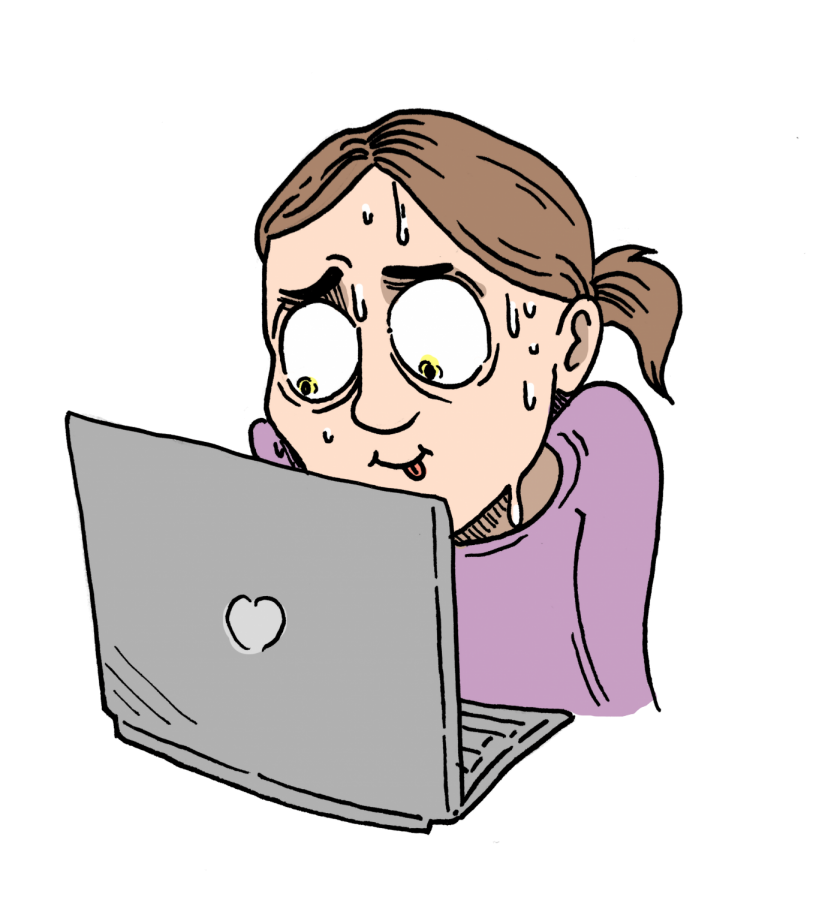 Did you ever wish that Harry ended up with Herminone instead of Ron? Or what if you wished that Harry could abandon his fellow wizards and travel to a galaxy far, far away to sweep Princess Leia off her feet?

College students across the country are making these dreams a reality by taking the reigns of their favorite media and writing their own works, called fan fiction. Often, these fans become involved in their fan spheres as early as when they’re in middle school and are quickly exposed to explicit work.

Kristen Myllek, a first-year English major at Fordham University in New York City, said her experience as a member of online forums for One Direction band member Harry Styles fan fictions in sixth grade exposed her to thinking about sex for pleasure, not just reproduction. While she said she was far too young to be reading, she said it introduced her to less “clinical” ideas of sex.

“I wasn’t really supposed to be watching that stuff, like movies where they have sex scenes or anything so reading it kind of opened me up to understand that [sex] was more of a natural thing and not ‘okay, I want to have a child, let’s go and have sex,’” she said.

Though fan fiction is published on hundreds of websites across the internet, one of the most popular is Archive of Our Own, which boasts more than 5,659,000 works from more than 2,303,000 writers, and operates as a nonprofit organization to maintain servers and provide legal services.

The site also allows users to tag their stories into categories, allowing them to sort and filter work they want to read. A senior English writing major at Pitt who wished to remain anonymous said she found this system to be particularly effective when it came to sorting through what kinds of erotica she did — and didn’t — want to read.

“I stumbled over to the dark side of the internet pretty early,” she said.

Just like the anonymous student, Myllek still reads fan fiction about Styles and has watched it come to life as an officially published book. Anna Todd’s trilogy, “After,” which was originally Harry Styles fan fiction, was one of the stories Myllek remembers sharing with friends in middle school, though she said she wasn’t impressed by the recent film adaptation.

“I didn’t really like it,” she said. “I haven’t read her new version of the book, I just remember what I read from the fan fiction so it was very different and not how I imagined it at all so I was kind of disappointed.

Though fan fiction has made it to full-length published books and the big screen, there are some concerns over copyright when fans take their favorite characters and make them their own. Opinions from content creators vary. Neil Gaiman — one of the authors of “Good Omens,” one of anonymous’ favorite series to read fan fiction for — said on his public Tumblr page that he believed coming forward about the “truth” of his story wouldn’t stop fans from getting into heated arguments about their favorite pairings.

Though fandom is subject to not-so-occasional infighting, anonymous said she’s made friends and found community through her engagement with fan fiction. Though these interactions were not based in erotica, they often included bonding over favorite stories.

Myllek felt the same, though she said that many of the connections she formed over fan fiction were with real-life friends, whom she was able to bond with over sharing their favorite works.

“We would have so many conversations about what we would read, we would share fan fictions. And it really just was a bond between friends,” she said. “I don’t do it that much anymore because I read it on my own, but in middle school it was a nice little thing that connected us.”

For anonymous, describing her hobby to others often elicits confusion from others, especially when she explains that she writes erotica featuring other people’s characters frequently.

“It is really hard to explain to people who don’t understand it,” she said.