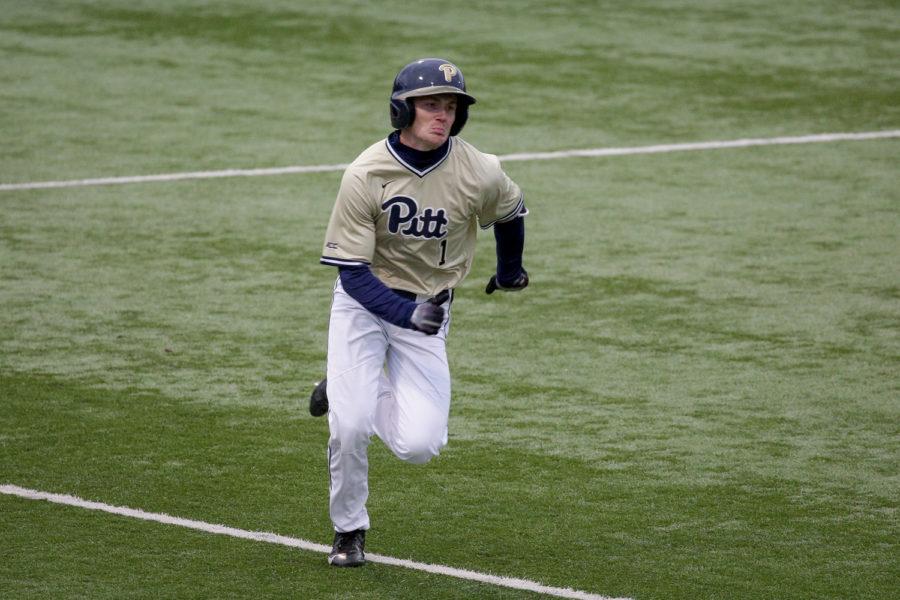 In their three wins of four games, the Pitt offense combined for 35 runs and 42 hits in Port Charlotte, Florida, over the weekend.

Pitt baseball kicked off its 2020 season in Port Charlotte, Florida, over the weekend, posting a 3-1 record over the course of three days. The Panthers started off hot, beating both Indiana State and St. Joseph’s on Friday, before going 1-1 against Ohio State and Iowa to close out the weekend.

Pitt’s season could not have started much better, as the Panthers cruised to an 11-1 victory on opening day. A deep first inning two-run home run by junior outfielder Ron Washington Jr. proved to be all Pitt’s pitching staff would need. Second-year starter Billy Corcoran kept the Sycamores scoreless over five innings, followed by four innings of one-run relief from the bullpen.

While Pitt’s pitching got the season started on the right track, the same could not be said for Indiana State. Pitt roughed up starter Colin Libertore, scoring six runs over his four innings of work. Libertore left the game after allowing two more two-run homers to sophomore outfielder Kyle Hess and Junior catcher Riley Wash.

The Sycamores’ bullpen proved to be just as ineffective, as Pitt put up its second four-run inning in the fifth. Doubles from Washington Jr. and Wash pushed the lead 10 runs, putting the game out of reach.

Pitt followed its blowout win with a nail-biter, taking St. Joe’s to 14 innings before finally breaking through for a 14-8 win. Pitt started hot offensively once again, using RBIs from redshirt senior David Yanni, junior Samuel Frontino, sophomore Sky Duff and first-year Grant Santangelo to jump out to a 4-0 lead after four innings.

The two teams went back and forth from there on out, trading runs until the Hawks scored three in the eighth to claim a one-run lead. When all seemed bleak for Pitt, Washington Jr. stayed hot and played hero with a game-tying solo smash in the top of the ninth. Washington Jr. went 5-10 on Friday with three extra base hits and six runs scored.

A bullpen battle ensued, as both teams were held scoreless for the first three frames of extra innings. Redshirt junior lefty Grant Powell was an innings-eater for the Panthers, tossing four shutout frames in extras and going on to earn the win. Pitt rewarded Powell in the 13th, taking a commanding lead after exploding for six runs.

A one-out double from Wash started Pitt’s rally, and an ensuing gapper from junior infielder Bryce Hulett scored Wash to break the tie. The next five runs, which effectively ended the game, all came home with two outs. Run-scoring knocks from Yanni and Hess pushed the lead to four before Duff and Wash worked consecutive bases-loaded walks to take the 14-8 lead. Powell slammed the door in the bottom of the 14th, improving Pitt’s record to 2-0 in the young season.

Despite scoring a combined 25 runs on Friday, Pitt’s bats were silenced by Ohio State in Saturday’s only action. A Washington Jr. first-inning RBI single was Buckeye starter Seth Lonsway’s only blemish, as he limited the Panthers to that lone hit over six innings of work. Pitt managed only two hits over the whole game, as Lonsway and reliever Bayden Root combined for a dominant performance.

In his Pitt debut, junior starter Mitch Myers kept the Panthers in the game, surrendering just two runs while scattering six hits over five innings of work. Ohio State held a narrow 2-1 lead entering the sixth, before doubling its total with a run-scoring hit-by-pitch and fielder’s choice. The Panther offensive remained silent as the game winded down, leading to Pitt’s first defeat of 2020.

Pitt’s bats came roaring back to life in a closing win on Sunday, beating Iowa 10-8 in a wild weekend finale. Pitt’s offense was highlighted by a five-run outburst to take the lead in the eighth.

The Panthers scored in the first inning for the fourth time on the weekend thanks to a Yanni sacrifice fly. Pitt junior starting pitcher Matt Gilbertson held the lead until Iowa plated four runs in the third inning, three of which were unearned. Gilbertson turned in a strong performance on the mound, allowing only one earned run over seven frames. Poor defense hurt Gilbertson, however, causing him to depart trailing 5-4.

Pitt tied things up in the bottom of the seventh before sophomore pitcher C.J. McKennitt allowed three runs in the eighth. Down 8-5 with six outs to go, Pitt seemed headed for it’s second consecutive loss to close out the weekend.

The offense rallied however, pouncing on the Iowa bullpen to double Pitt’s run total and take a 10-8 lead. The rally seemed nonthreatening at first, as Pitt’s first three batters combined for an uneventful groundout, walk and strikeout.

The floodgates opened once Iowa removed pitcher Dylan Nedved and replaced him with redshirt senior reliever Grant Leonard. Leonard’s first two hitters, junior Jordan Anderson and senior Nico Popa, each reached on singles before Leonard plunked Yanni with the bases loaded to bring home a run. A Washington Jr. bases-clearing double followed, propelling the Panthers into a 9-8 lead. Hess followed with a double of his own, scoring Washington Jr. and stretching the lead to two. Pitt’s Chase Smith allowed only one base runner in the ninth, locking down the win and closing out Pitt’s successful season-opening weekend.

In its three wins, the Pitt offense combined for a staggering 35 runs and 42 hits. The Panthers will be back in Florida next weekend for a three-game series against Eastern Michigan.