Opinion | Veganism is not the only means of conscious consumption 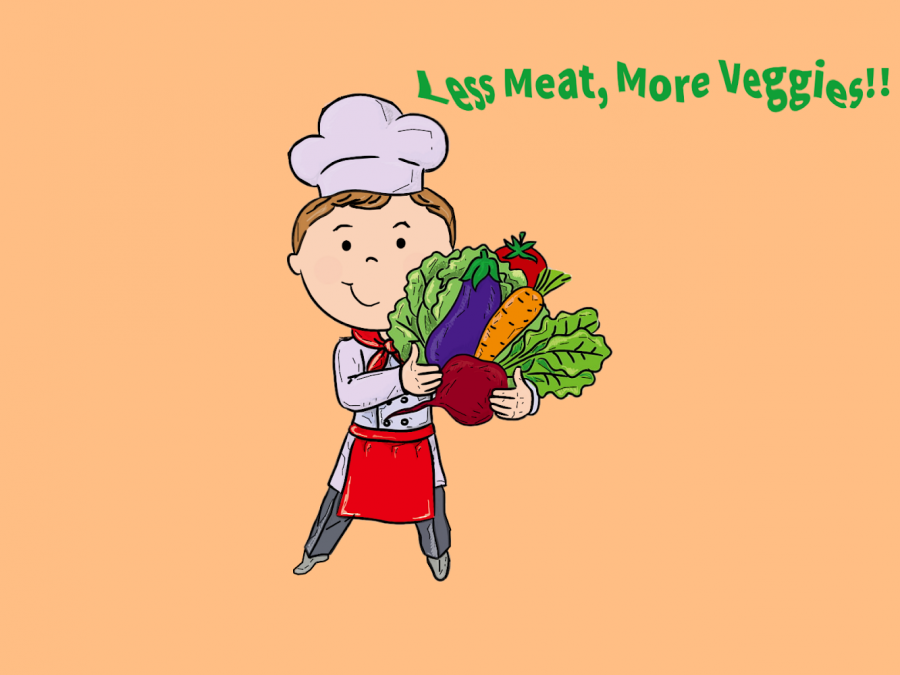 I’ve been striving to cut down on my animal protein consumption for quite some time.

As a stereotypical liberal, millennial political science major, I am disturbed by the environmental, physical and moral consequences of factory farming — defined by Merriam-Webster as “a farm on which large numbers of livestock are raised indoors in conditions intended to maximize production at minimal cost.” But as a cheesesteak-lovin’ food enthusiast, I’ve struggled to make the leap into veganism and cut out animal products cold turkey — pun intended.

As of late, however, I’ve realized I don’t need to force myself to give up all of the foods I love to make an impact. In order to make substantive changes to the global climate crisis and limit our carbon output, we need millions of people to cut back on their consumption of red meat. To incentivize factory farmers to change their dangerous and morally condemnable practices, we need millions of people to shop for organic, free-range, ethically raised animal products. We need millions of conscious consumers — we don’t need a few thousand vegans. But it seems this all-or-nothing approach has seeped its way into the mainstream.

“After the recent fires in the Amazon, some experts suggested that eating less meat is one way to help the environment. You are a vegan since 2014 … So should more Americans, including those here in Texas, and in Iowa follow your diet?”

The question was met with laughter and some groans from the crowd in Houston — after all, there is nothing scarier to Texans than threatening to take away their brisket and ribs. Booker aimed to calm these meat-lovers’ fears while still sinking his teeth into the meat of the issue.

The phrasing of the question limited Booker’s ability to make a substantial comment on the ways in which Americans can, and should, feel incentivized to limit their consumption of animal products. But still, the sheer fact that veganism was a topic of discussion on the national debate stage demonstrates that this is an increasingly popular and important discussion happening around the United States.

How can we credibly commit to reducing the agricultural impact of our food industry without sacrificing the brisket, hot dogs, burgers and other foods that have become some of the most iconic elements of the American cuisine? The answer is balance. No, we don’t all need to switch to Booker’s diet, but we can all make a difference by attempting to implement some of these practices in our daily routine.

Sue Dibb, executive director of the Eating Better, a UK-based alliance that works with governments, businesses and consumers to encourage conscious consumption, outlines that it’s entirely possible for everyone to make small changes to the way they eat.

“As people are becoming more conscious about what they eat, a less and better approach to meat and dairy provides a positive way forward.”

This approach can be implemented by making a few feasible changes.

First, opt for plant-based options when possible. Getting to try new recipes or meat alternatives has not only been enjoyable but surprisingly simple. Trader Joe’s, my grocery store of choice, has many products that don’t feel like lackluster alternatives, but rather exciting, new options. My personal favorites have been the vegan falafel mix, chicken-less chicken tenders and black bean and corn veggie burger. Instead of making chicken to stir in with pasta, for example, I’ve been using beans or one of these plant-based proteins.

Next, aim to purchase unprocessed, locally sourced animal products. Obviously this is somewhat of a challenge for college students, particularly when we only have one grocery store on campus. Whole Foods, however, delivers groceries for free within two hours for Amazon Prime members. They have numerous ethically raised meat options for consumers to explore.

Third, start your journey small. I’ve started implementing these ideals into my home cooking but personally choose to treat myself to nonvegan options when I go out to eat. There are times when I get down on myself for being “uncommitted” or “breaking promises” by ordering my favorite chicken sandwich or bacon omelet, but as a whole, my consumption of animal products has decreased dramatically. Exploring plant-based dining is an exciting step, but not all of us can credibly commit to going vegan at this juncture. And that’s okay.

Finally, make a commitment to cut down on food waste. For me, this not only meant buying fewer groceries by planning my meals before I head to the store, but also working to incorporate the parts of my produce I often throw out. For example, parmesan rinds can help thicken sauces. Scallion whites are also tasty additions to soups.

Adopting a vegan diet is one of the best things one can do for their body, mind and the environment. But for those of us who aren’t ready to pull the plug, making manageable changes is a great place to start. Perfectionism shouldn’t stand in the way of improvement.