Opinion | The privilege of an eating disorder diagnosis 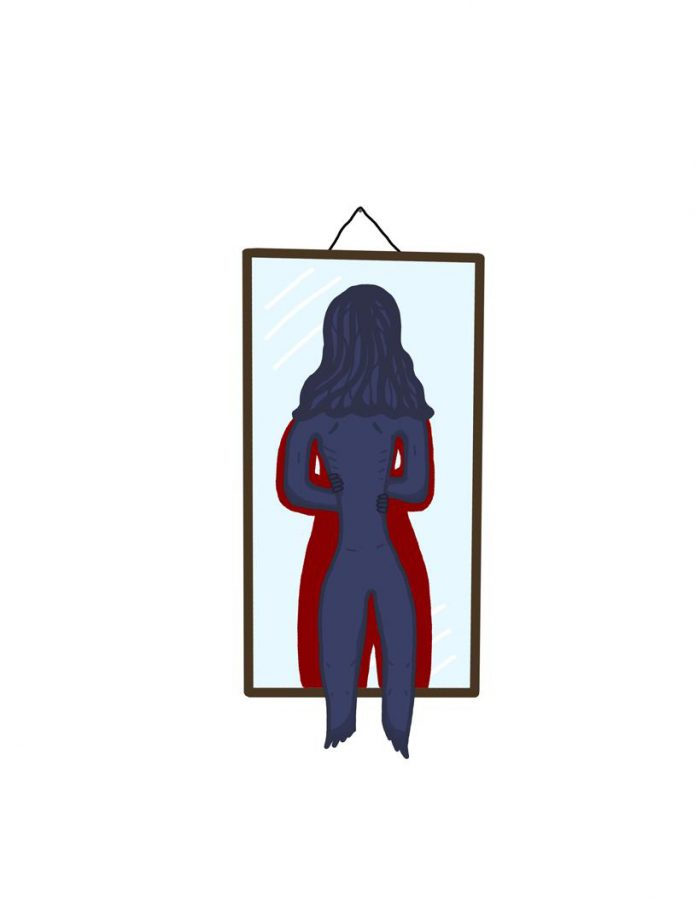 This is how the anorexia narrative we all know goes — thin white girl eats crackers and apples and becomes thinner. Thin girl exercises before she goes to class and exercises again after. The girl sees a doctor, usually not by choice, and the girl finds a way to eat ice cream again. And so she lives. But this is only one version of the story.

There was a time when sharing my story felt empowering. But these days, I spend a majority of the time running away from it — hiding it — in the hope that by not acknowledging the diagnosis, not acknowledging the past, I can forget it forever. I’m uncomfortable accepting the bravery compliment, and I’m uncomfortable accepting the courage compliment. I’m ashamed that I resent my diagnosis when so many others’ struggles go unrecognized and, therefore, undiagnosed and, therefore, untreated. It’s National Eating Disorder Awareness Week, but I’m not here to share my story, not right now at least. You’ve already heard it — in the media, in your high school health class, in literature and in movies.

Here is a truth — I fought like hell to get to where I am today. But here is another truth — I am the thin woman who became thinner. I am white. I have health insurance that covered the cost of my treatment, and, because of this, I had clinicians who fought for me when I couldn’t fight for myself. I got a diagnosis, and, so, I have my life.

It’s important to note first that “eating disorder” doesn’t just mean anorexia, which is probably the image that comes to mind. Despite its disproportionate representation in media, anorexia affects only about 1.3% of people and is the least prevalent of the three main eating disorders. Bulimia, where the sufferer eats food and then immediately tries to purge it — purging can come in the form of vomiting, exercise or taking laxatives — affects about 2.5% of people. Binge eating disorder, the most underrepresented and also most common eating disorder, affects more than 5% of the population. But these diagnostic percentages are much higher than they actually appear.

Generally speaking, the earlier an eating disorder is caught and treated, the more likely a sufferer will experience full recovery. For the most part, a formal diagnosis is necessary for insurance companies to cover treatment costs. Oftentimes, formal treatment plays a key role in the recovery, but, without insurance, it can cost upward of $30,000 a month. Some insurance companies do not cover the cost of treatment after a certain amount of time, despite a formal diagnosis.

And some people have a far easier time obtaining the formal diagnosis in the first place. Researchers estimate that the rate of eating disorders in black and white women is almost the same, though black women are grossly underrepresented among the eating disorder community and have a far more difficult time seeking treatment than white women do.

National Eating Disorder Association statistics estimate that about 10 million men will suffer from an eating disorder at some point in their lifetime, though male eating disorders often go unrecognized, which is to say that this number is likely far higher. Transgender individiuals are more than four times as likely as a cisgender individual to suffer from an eating disorder, though they’re rarely represented in the media. Studies suggest that trans individuals are less likely to be diagnosed and more likely to have inadequate treatment resources.

And unlike bulimia and binge eating disorder, anorexia has a diagnostic weight standard. The DSM-V requires the patient to have a “significantly low” body weight, which is defined as a BMI at or below the 17th precentile. People who are thin to begin with, or have always naturally fallen lower on the BMI chart, can achieve diagnosis much faster than a patient who was not thin when their symptoms began to manifest. Some people have to suffer much longer just because of their natural bodyweight, and, as already noted, the earlier the symptoms are treated, the better the prognosis. Because of this, some larger individuals are never diagnosed, and, instead, are praised for their weight loss.

But we’re talking about a mental illness here, which, by definition, is something that changes emotion, thinking or behavior. It manifests in the brain, and may or may not have physical side effects — like weight loss. So weight loss shouldn’t be a diagnostic measure, but it is. And it’s one of the biggest privileges that came with my own diagnosis.

It’s true that some of my hardest years living with this disease have been years in which I looked perfectly healthy. But it’s also true that, despite how I look now, I still have a diagnosis. And because of this, when I ask for help, people don’t question the validity of my struggle or my story. When I go to the doctor, it’s printed in my file and clinicians know that they shouldn’t recommend things like cutting food groups out of my diet. I’m proud of the work that I’ve done to get to where I am. But I can’t deny the secondary factors that come with my diagnosis, all of which helped me get to where I am.

Leah writes primarily about reading, writing and the spices of the world for The Pitt News. Write to Leah at [email protected].