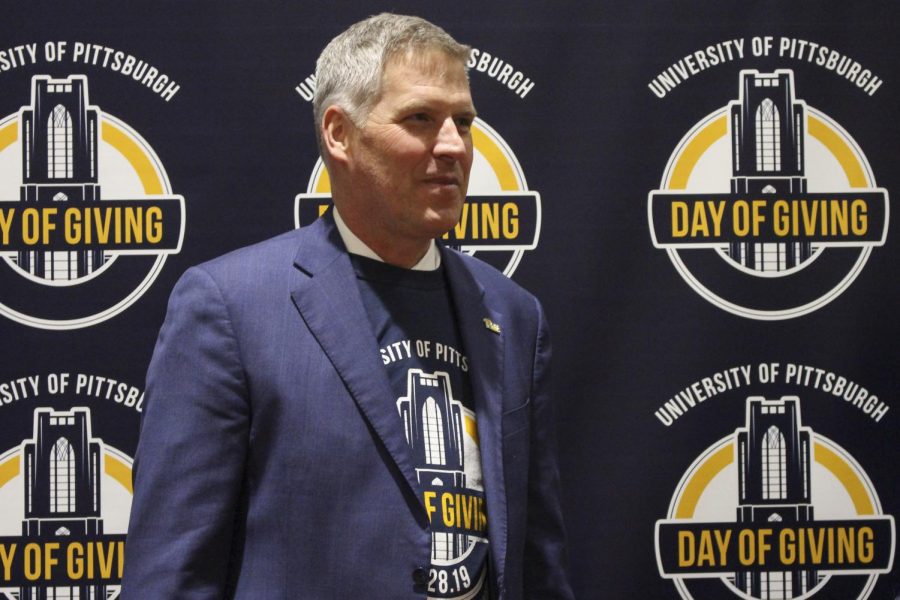 Tuesday is the fourth annual Pitt Day of Giving — a 24-hour fundraising event which encourages students, faculty, staff, family and alumni to donate to various organizations within the University. This year, some changes have been made to how it’s run.

PDoG is divided into six different categories to which supporters can donate, including student organizations. Within the students organizations category, groups compete against each other to see who can get the highest number of individual donations, with the top three receiving a bonus. Jake Strang, assistant vice chancellor for alumni annual giving, said there are 21 student organizations participating in the competition this year.

Strang said this year’s PDoG structure has mostly stayed the same, with a few new challenges. An event will take place in the William Pitt Union’s Assembly Room from 11 a.m. to 3 p.m. The event — which includes Chancellor Gallagher’s address at 12:20 p.m. — will be livestreamed on the PDoG website.

“[There will be] $200,000 in challenge money [that’s] up for grabs for the Pitt communities that come together most effectively on the day,” Strang said. “We look forward to seeing as many Pitt alumni, friends, faculty, staff, parents and students participating as possible. PDoG is a day for all donors, no matter the size of the gift.”

According to University spokesperson Kevin Zwick, PDoG has developed more detailed guidelines for participating groups this year, which groups are required to acknowledge. This change follows controversy from last year, when The Pitt News reported that the Pitt Men’s Glee Club allegedly encouraged members to donate in exchange for discounts on club expenses or full reimbursement in both 2018 and 2019.

Zwick said a review of last year’s campaign resulted in Pitt finding one organization that did not follow the guidelines. It received no challenge funds as a result. Zwick did not clarify which organization broke which guidelines.

According to the Pitt Day of Giving 2020 Social Media/Digital/Participation Guidelines for Student Organizations, it is against the rules when a student group, “reimburses a donor, in whole or part, for contributions made to the group during the leaderboard competition” as well as “when a group provides a benefit to a donor, including reducing required dues or receiving gifts in kind, as a result of a donor making contributions to the group during the leaderboard competition.”

This year’s guidelines do not include any statements about members of organizations paying for travel expenses, dues and other fees through Pitt Day of Giving donations, something which concerns Pat Healy, who served as the business manager of Pitt Men’s Glee Club when they won in 2018. In the 2019 article, Healy said the organization began encouraging members to pay for expenses in $5 increments to PDoG in 2018, an action that does not go against Pitt Day of Giving’s guidelines. Pitt Club Tennis also encouraged members to do the same via Twitter.

“Any money we were trying to get to the group anyway, by members of the groups’ discretion, they could choose instead of paying to the business manager normally, to pay through Pitt Day of Giving, because if we won, it would give us a ton of extra money,” Healy said.

Pitt Men’s Glee Club won the 2018 competition within the student organizations category and came in second place to Club Tennis last year, whose number of donations more than doubled theirs. Glee Club and Club Tennis did not respond to requests for comment.

Healy said there were no explicit rules against club members donating to themselves previously and as of now, those rules haven’t changed.

“In certain cases it sort of seems like Pitt encourages donating to yourself,” Healy said. “So what we noticed was, if this is money going to ourselves, we’re rewarded for paying ourselves, then we could take funds that we were already going to give ourselves, like dues. We have tours every year so we had a series of fees associated with that tour — like flights, hotels and food, that people had to pay anyway, effectively we could just use the PDoG to pay ourselves and then get a bonus.”

Healy said he believes PDoG could still be exploited by groups in the same way as 2018 and 2019. The main reason is that the rules for the student organization category of giving are different from the other categories.

The Pitt News reached out to the University for comment regarding whether or not it noticed a high amount of individual student donations in 2018 and 2019, as well as if there are any guidelines for 2020 that address members of organizations paying their own fees — like yearly dues or trip expenses — through PDoG. The University declined to comment.

“We’re not rehashing last year’s incident,” Zwick said. “Instead we look forward to another successful PDoG.”