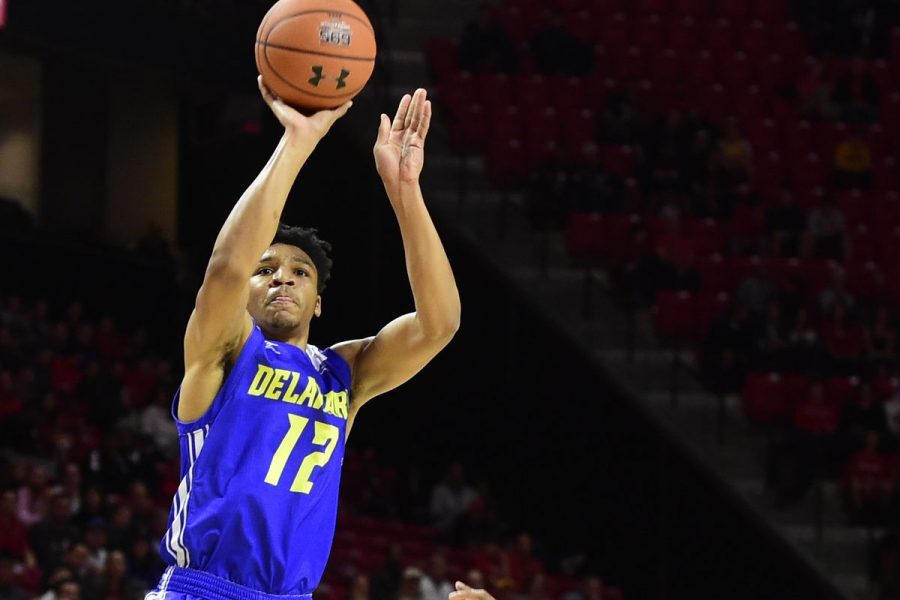 As Pitt men’s basketball head coach Jeff Capel addressed members of the local media assembled within the Petersen Events Center Monday afternoon, the discussion mostly revolved around the talking points you’d expect of a team on a four-game losing streak — dealing with adversity, finding silver linings and working to improve.

But there was one topic that surprisingly rose to the forefront of Monday’s discourse, and that was the behind-the-scenes play of sophomore transfer guard Ithiel Horton.

Horton, who came to Pitt from the University of Delaware, has sat out the entire season due to NCAA transfer rules. Though he has been prohibited from game action, Horton is allowed to participate in team practices, where he has apparently flashed an impressive skill set.

“He’s been as good as anybody on our team, all year long,” Capel said.

If we’re taking Capel’s comment at face value, that’s some extremely high praise. Granted, Horton has had the benefit of competing only in low-pressure practice situations. But for Capel — a reputed straight-shooter — to say he’s every bit as good as former ACC All-Freshman team member Xavier Johnson or current leading scorer Justin Champagnie certainly carries weight.

“He has a chance to be a very good player,” Capel said. “He can really shoot the basketball … he has a great spirit about playing. He’s competitive, he’s one of the most positive, upbeat guys I’ve ever been around.”

This isn’t the first time Capel has gushed about Horton, and the college basketball world is starting to take notice. Rivals.com published an article last week predicting the seven transfers who will make the biggest impact next year. Horton was No. 2 on the list.

The hype around Horton isn’t based solely on hearsay. He impressed in his lone season at Delaware, averaging 13.2 points per game — more than any first-year player in the conference — and earning Colonial Athletic Association All-Rookie honors. Horton’s 79 3-pointers and 40.9% 3-point shooting ranked sixth and eighth in the CAA, respectively.

In the Panthers’ practices, Horton’s hot shooting has been both a blessing and a curse, according to Capel. Sometimes the sophomore transfer will make so many shots that it ruins the defensive look Pitt’s starters are trying to generate.

“It’s really good,” he said. “It can also mess with guys’ confidence too. Because you can play really good defense on him and sometimes, a lot of times this year, there’s been nothing anybody could do.”

Capel went on to say that Horton typically mimics the upcoming opponent’s top guard in practice, giving defenders like Johnson and sophomore Trey McGowens a realistic look at the players they’ll be guarding.

“I tell our guys that, if you can guard him in practice, I haven’t seen a better guy in this league that they will have to guard,” he said.

So, now, not only is Horton as good as any player on Pitt, but also any other guard in the ACC, including likely 2020 NBA Draft picks Devin Vassell, Landers Nolley and Cassius Stanley.

Pitt fans also have reason to be skeptical of transfer myths after being led to believe all last offseason that St. John’s product Malik Ellison would be the Panthers’ saving grace, only for him to average an underwhelming 5.8 points and transfer after the season to Hartford.

All things considered, it’s safe to expect that Horton will provide the Panthers with a quality and depth at the guard position that they have sorely missed this year. Johnson corroborated Capel’s compliments, expressing optimism about playing with Horton next season.

“He helps you become a better on-ball defender. He’s actually really, really good,” Johnson said. “He’s a scorer, so you don’t really have to create for him. He can create for himself.”

Aside from Horton, Capel discussed how the team has dealt with its season-high four-game losing streak, and how he personally has juggled frustration with optimism as the program continues its rebuilding process.

“There’s no one that would like it to be faster than me,” he said. “But I have to remain patient. But also have to … keep my foot in their butt, too. Because we can’t be satisfied with just being 15-13 right now.”

No single player has reflected Pitt’s recent struggles more than junior guard Ryan Murphy. Since returning from a three-game absence due to a concussion, Murphy has shot 1-12 from the field, including 0-7 from 3-point range, and hasn’t cracked 16 minutes of playing time over Pitt’s last four games. It’s been a full month since he last made a 3-pointer in Pitt’s first game against Syracuse.

Capel said the team hasn’t drastically altered Murphy’s workouts to get him out of his slump, while Johnson said he texted his teammate after Saturday’s loss to Virginia to let him know how much the team needs his old shooting stroke back.

“I asked him, ‘Are you good? Are you okay? Do you need help?’” Johnson said. “I said, ‘Look, we need you to make shots. That’s the main thing you came here for. You need to make shots.’”

Johnson said Murphy responded to his tough love by performing well in this week’s practices, showing improved efficiency from beyond the arc. Pitt will need him to carry that momentum over to Wednesday night if it wants to beat Syracuse on senior night and avenge a previous 69-61 loss to the Orange.