Letter to the Editor: Don’t Celebrate the Pitt Day of Giving 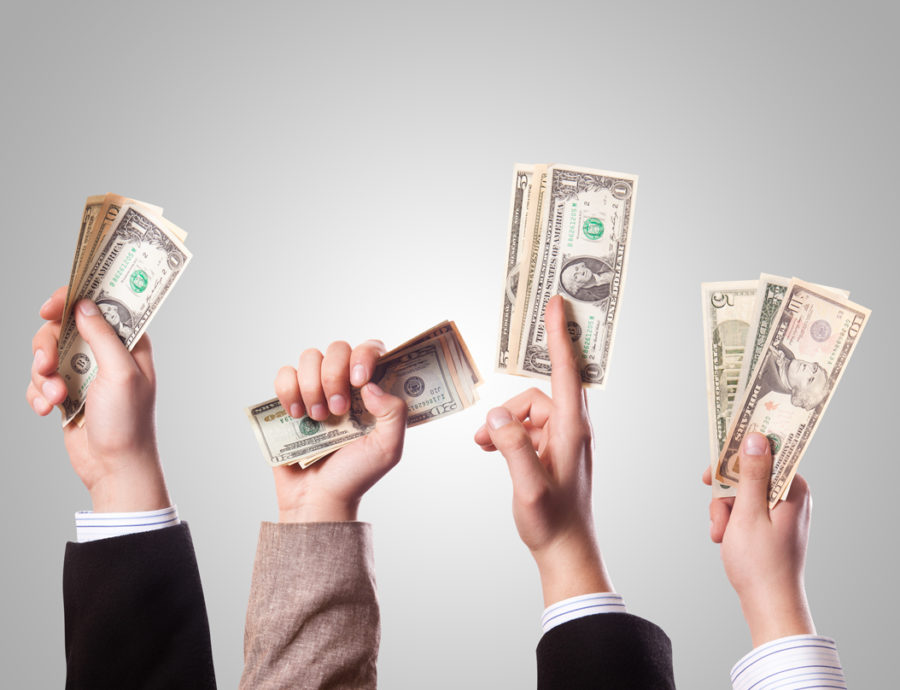 I have personally made hundreds of dollars in donations in past Pitt Days of Giving. I have run social media campaigns around getting people to donate to the Pitt Day of Giving as an officer in the Pitt Men’s Glee Club. I was the source on a Pitt News story that alleged unfair practices by the Glee Club at the Pitt Day of Giving last year. I’ve played the game of PDoG more than most and I feel uniquely qualified to say it’s a broken game.

Don’t get me wrong, donating to things is fine and I’m sure PDoG supports plenty of important academic programs (though, if I were a rich alumnus, I might have second thoughts about donating to a university that spends ludicrous amounts of money union busting and investing in fossil fuels), but there are a few aspects of PDoG that I find deeply upsetting.

If you’ve never looked closely at the Pitt Day of Giving, you might not have noticed that it’s a game. The rules seem simple: people donate money to the University, choosing from a large selection of funds to support, from specific schools or regional campuses to specific athletic or student organizations. Depending on how many people donate to each fund, the funds will receive extra money from the University itself.

The leaderboards are where it gets weird. Here we see Pitt place each of its donation funds into six categories, including “Schools and Colleges,” “Regional Campuses” and the one most veiled in controversy, “Student Organizations.” Within each leaderboard, Pitt asks groups to fight for extra money. GSPIA fights with Pitt Law for $25,000, men’s basketball fights with the University band for $5,00, Pitt-Bradford fights with Pitt-Johnstown for … survival, I guess (Too soon? Sorry). Very normal stuff!

If I was a school at the University of Pittsburgh and I wanted to win the Pitt Day of Giving, I would have to mobilize a huge number of people, likely alumni, to donate as a sort of vote for me. This works for Pitt in two ways: (1) you incentivize organizations at Pitt to put a huge amount of energy into advertising your event, and (2) you create a pseudo-democratic process for allocating some amount of funds. I think there are some clear ethical discussions to have about the latter, especially since you’re literally having people buy “votes” but since each donor’s “vote” is treated as equal no matter the amount, maybe this is relatively fine.

If I was a student organization at the University of Pittsburgh and I wanted to win the Pitt Day of Giving, my strategy looks a lot different. I might want to do some outreach but really all I need to do is get people with a lot of money to donate to me a huge number of times. I’d figure out what the smallest possible donation is (in the past it was $5) and donate in however many increments of that amount. If someone can donate $100, that’s suddenly 20 donations instead of one.

Then I may think, what happens when I donate to myself? Student organizations receive 100% of whatever is donated to them through PDoG, so having members of the organization donate to it is basically just depositing into a Student Organization Resource Center account with extra steps. I can effectively pay myself and earn extra money for it. So, take any dues that members of a student organization might already have to pay to the organization on a yearly basis and funnel them through the Pitt Day of Giving, in $5 increments. And if I’m a group that tends to accept huge amounts of money from its members, like if I’m a group that goes on trips and needs to pay for hotels or buses or flights, it seems like I’ll probably have enough support from my own members to write ourselves a big check (or, a huge flood of $5 ones) and have the University give us a bonus. It removes both of the benefits we see in the School example, instead incentivizing huge numbers of donations and creating a pretty inequitable process for allocating funds to student groups. The rich get richer.

I’m not speaking in hypotheticals. I was the business manager of the Pitt Men’s Glee Club two years ago and I wrote up this plan, we did it, and we won $10,000. I definitely felt some guilt over it and ultimately chatted with The Pitt News about it last year in a story that assured much of the Glee Club still hates me to this day. But I think it’s important to notice that this was a system anyone could easily exploit (and could still exploit) — a systemic issue, not an issue of individual actors.

I think something that didn’t quite get to people from last year’s story was that this wasn’t really a problem of the Glee Club or any other group cheating (partly because it literally wasn’t against any rules). It was a direct, predictable outcome of the Pitt Day of Giving’s design. If you want to win the Pitt Day of Giving, this is the optimal strategy, which violates no rules.

The “cheaters” were only playing the game correctly, in a way I’m surprised no one noticed without me explicitly telling The Pitt News about it last year. In 2018, I personally donated $570 to the Glee Club’s PDoG fund, in $5 increments. This is something Pitt could easily notice. An undergraduate student donating to their own student organization 114 times should attract attention.

So, why support an event that has student organizations (and other Pitt groups) eating each other? Well, go to the PDoG website right now and click over to the impact tab. There you’ll see a bunch of wonderful stories about organizations using their PDoG winnings in past years for some phenomenal work, primarily citing the winnings from the leaderboard competitions. I think we can all agree that Pitt financially supporting its students and faculty to do amazing things ends up creating amazing things, there’s no argument there.

But overall, the leaderboard competition prizes for all categories sum up to $172,000 this year. That’s much less than just about every administrator’s salary. It’s close to a sixth of what Patrick Gallagher made in 2019. It’s less than a fourth of former Chancellor Nordenberg’s salary, and he hasn’t even really worked here in years! I can’t speak for Gallagher, but I can just about guarantee the investment of $172,000 that Pitt will make in its faculty and students through the Pitt Day of Giving leaderboard competitions this Tuesday will add significantly more value to this University community than Nordenberg’s $800,000 salary. Think of all the money Pitt threw away to Ballard Spahr in the past couple years to bust the graduate and faculty unions — that’s like seven PDoGs!

I do hope that many Pitt groups find success getting money from some wealthy alumni. But I can’t help but find it grotesque that Pitt pushes students, grad workers and faculty to beg for money, in often heated competition, when they currently have no say in how the existing resources are distributed in their learning environment and workplace, respectively.