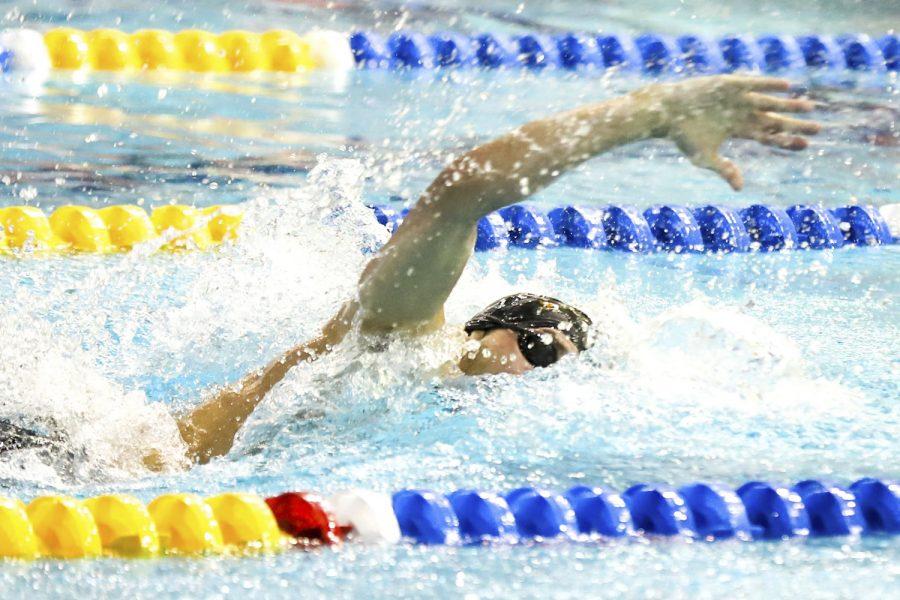 For Pitt track and field, the ACC finals will give certain athletes the opportunity to make a final push at the national championships that take place in two weeks in Albuquerque, New Mexico. And for men’s swimming, this meet is the last chance for swimmers to make their mark before moving onto their March 8 meet in Columbus to decide who makes the regionals and nationals.

For the men’s side of the track and field, standout senior long-distance runner Nick Wolk’s times this season qualify him for all long distance events, which include the mile, 3,000-meter and 5,000-meter. While his mile and 3,000-meter times were strong, his best event comes in the 5,000-meter, in which he already placed 10th this season in the ACC.

Wolk’s classmate Shyheim Wright has improved each of his three years at Pitt and is at his best in his senior season. He has medaled three times in meets this season and his time of 7.67 in the 60-meter hurdles is second best in school history and third in the ACC. Now, entering the weekend he has a serious chance of medalling in the event.

Junior Greg Lauray has continued to show why he’s the best high jumper in school history, breaking his own school record with a 2.23-meter jump at the Meyo Invitational on Feb. 7, where the ACC championships will be taking place this weekend. Lauray’s jump is second best this season in the ACC and he will be looking to defend his ACC Championship from last season.

One thrower on the men’s side that could surprise is junior Noah Walker, who ranks third in the ACC in the weight throw at 19.84-meter and is also poised to push for a medal this weekend.

Two more men that could take home hardware are senior Drew Glick and junior Lonzell Feagin. Glick is seventh in the ACC in the mile. Feagin is sixth best in the ACC in the 400-meter and just missed out on the 200-meter by .07 seconds.

Junior Nikki Scherer, like Feagin, is similarly ill-favored. She was able to qualify for the 400-meter with the eighth-best time in the ACC, but just missed out on the 200-meter by .01.
Two women’s jumpers — senior Taylor Middleton and first-year Lydia Bottelier — will also be at the ACC Championships. Middleton placed fifth in the ACC in the long jump and is the stronger competitor for a medal, but Bottelier has impressed as a first-year, with her 1.69-meter in the high jump placing 12th best in the conference.

Finally for the women’s side, junior Abena Atuobi will be in for the shot put as her throw of 14.84-meter is the 12th best in the ACC.

The ACC allows a pair of wild card athletes for each school, so more Pitt athletes will participate in the meet, but the specific competitors will not be known until the competition starts.

In the pool, Pitt men’s swimming will return to a meet where they set several school records a season ago.

They are led by one of the greatest swimmers in school history in junior Blaise Vera. Vera holds three school records in the 50-meter free, 100-meter free and 100-meter fly, setting the latter two at the ACC Championships last year.

Other possible medal candidates at these weekends championships are junior Armin Remenyi and senior Eben Vorster. Remenyi was an Olympian for Hungary in 2016 and is a stalwart swimmer in the 100-meter and 200-meter, winning in both events this year, while Vorster, a native of South Africa, holds the school record in the 200-meter fly, which he also set at the ACC Championships last year.

Men’s swimming will begin on Wednesday with the 200-meter relay and 800-meter freestyle relay, while track and field will begin Thursday, starting with pentathlon, heptathlon, weight throw and the distance medley relay.