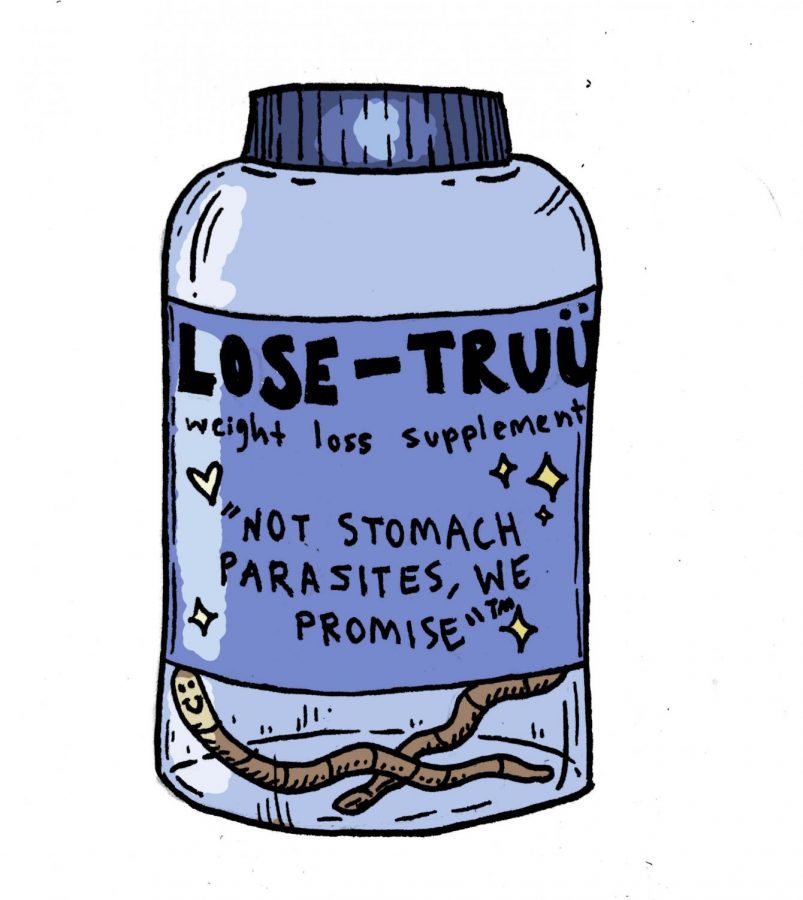 Knowing this, Instagram recently announced that “tighter restrictions are to be imposed on some posts related to diet products and cosmetic surgery.” This change was implemented in response to the impact that content involving diet, detox and cosmetic surgery can have on young people’s mental health and body image, as well as the fact that influencers sometimes credit their unrealistic body types to diet products such as detox teas, and their followers buy into it with the hopes of achieving the same “ideal” body.

Instagram’s updated restrictions are a step in the right direction for making social media a better environment for its mostly young and impressionable audience and will hopefully lessen exposure to the harmful messages often sent by diet products.

From ages 18 to 25, the brain is most susceptible to lifelong changes, making these years vital to healthy development. These ages are also the main audiences for Youtube, Instagram and Facebook — the primary platforms diet products are sold on. Keeping these two factors in mind, consider also that people between the ages of 14 to 25 are the most at risk for developing disordered eating habits. The current prevalence of disordered eating among college students ranges from 8 to 17%. These statistics demonstrate why it is so vital that the marketing of diet products on social media is more strictly controlled.

The brands that market these diet products utilize the fact that social media is a breeding ground for insecurities, and they target these vulnerable age groups in order to make a profit.

“Everyone knows by now that these teas are powered by paid promotions, so it’s no surprise that accounts with anywhere from 100k-1 million followers make quite a bit of cash from these sponsorships,” said Thought Catalog, after athlete and YouTuber Arianna Dantone posted the promotion price of nearly $12,000 for endorsing FitTea. “No amount of money is worth promoting unhealthy options to extremely impressionable audiences.”

The endorsement and marketing of these products can cause horrendous side effects. After using a popular diet tea, SkinnyMe Tea, some users experienced unhealthy reactions and even hospitalizations. The Australian Medical Association repeatedly expressed concerns toward the company for portrayal of unrealistic weight loss and the “glorification of self-harm.” These events resulted in the brand’s Instagram page being shut down.

“When will these women who are covered in plastic surgery stop telling their followers to drink a laxative to look like them?” Jamil wrote. “It’s so embarrassing and it’s so encouraging of eating disordered behavior.”

A key reason why these products are so dangerous is because their first ingredient is typically Senna, an extremely powerful laxative. Basically, Senna causes weight loss by increasing the amount one poops, but also it also causes food to move through the body quicker, preventing necessary calories and nutrients from being properly absorbed.

According to the National Institutes of Health, “Senna has insufficient evidence for weight loss … but it can cause stomach troubles, cramps and diarrhea.” They also warned that using Senna for more than two weeks can cause unusual bowel functions, changes in electrolyte balance that can lead to severe damage or illness. Eventually, Senna can cause the intestines to become dependent on it and once stopped can lead to constipation, bloating and weight gain — the opposite of the intended results.

Feedback on such diet products may seem to prove that they work, but truthfully they’re only effective in weight loss because drinking extra water naturally helps the body flush out excess salt to release retained water. Also, drinking more water provides the feeling of being fuller, which can lead to less calorie intake. Detox tea isn’t needed for this to happen, as plain water can cause the same effect with less risk — no need to pay for the unnecessary product.

Considering that nearly 2.7 billion people use social media, it’s an ideal platform to advertise and sell on. Instead of relying on people to search for a product that they want to purchase, social media allows products to appear on people’s feed in ads and posts — basically bringing the product to them. Shopping for beautification products may seem better on social media because the posts and ads are aided by what’s interpreted as reliable pictures showing results of products — such as those used to sell diet products.

By tightening its policies and ensuring a safer platform, Instagram is calling necessary attention to the dangers of toxic body expectations while also contributing to tackling the issue. As one of the most highly accessible and influential media platforms today, Instagram’s new restrictions are setting the tone for what should be expected of any platform with the responsibility of “influence.”

The beauty conveyed on social media and among celebrities has been endorsed, sponsored and paid for. It’s not reality — it’s designed to take advantage of vulnerable and impressionable audiences.