Reimagining the broken and senseless ACC 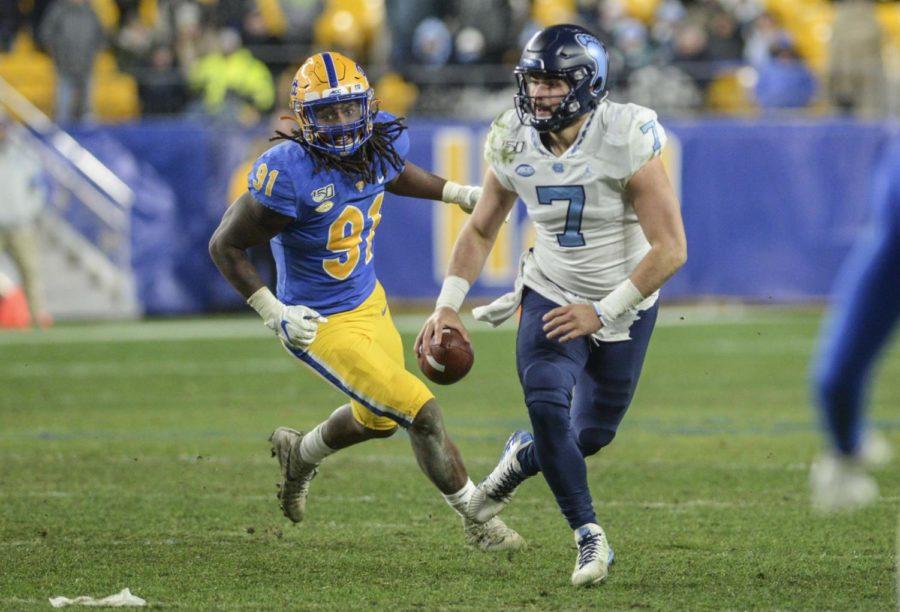 North Carolina was one of the ACC's seven founding members in 1953.

Truly, the ACC has lost its soul.

The conference has expanded, retracted and morphed in such bizarre motions as to create a loose confederacy that can no longer even claim the very region it abbreviates — the Atlantic coast. The heart, stretching from College Park, Maryland, to Clemson, South Carolina, has failed to stay close-knit, and a lukewarm conglomerate of schools in the eastern United States has replaced it.

Surely this fact was realized by Boston College’s basketball team as it boarded planes to Coral Gables, Tallahassee and Winston-Salem this season. Pitt football players must understand that the close confines of our Steel City bear no similarities to the rural recesses of Clemson. And without a doubt, any ACC team that has ever found itself in South Bend, Indiana, knows — the ACC is broken.

Therefore, the conference must be fixed. What started as a tight-knit mid-Atlantic fraternity made up of like-minded schools must return to its roots. The errors of 2004 and 2013 must be reversed, the heartland resurrected and the delusions of Florida and Massachusetts abandoned. And the cursed symbol of the ACC’s sad depression — Notre “partial member” Dame — must be sent packing.

So without further ado, I present a more reasonable — albeit totally improbable — ACC realignment.

First and foremost, the new ACC would be built with an unabashed football and basketball focus. Although it may be a snub to other, equally important, non-revenue sports, the conference was built on basketball and football, and its fans will settle for nothing less.

As a result, the new ACC would be made up of just 12 teams centered in a tighter region, as opposed to the current sprawling 15. Football teams would once again be able to play each other regularly, and basketball would remain competitive. It was never a good idea to expand to 15 teams, and any illusion to the contrary was proven false last season when UNC and Wake Forest — founding members of the conference — were required to schedule each other as non-conference teams in order to play.

By overextending, the ACC has sacrificed its spirit of close competition in favor of the conference’s insatiable greed for revenue. What was once a tight network of teams, a turbulent facilitator of rivalry, has fizzled.

Instead, the conference is united more by TV deals and ESPN contracts than competitive spirit. The consequence has been a blight of lackadaisical play in the most crucial revenue sport — since 2011, only 25 ACC teams have finished in the top-25 for football.

To put it in perspective — I, a Pitt student, feel no particular reason to hate far-off Georgia Tech. Yet as an NC State fan growing up in Raleigh, it was easy to dislike the arrogant bandwagoners of Duke, the aloofness of Carolina, the country bumpkins behind Clemson or Thomas Jefferson’s “distant descendants” at UVA … I rest my case. The rivalries built through proximity to opponents simply made the competition more fun, and that valuable proximity has been lost due to overextension.

It’s also important to maintain the founding members, the heart of the ACC — with the exception of poor Georgia Tech — by placing those teams together in the Coastal Division. Those teams — North Carolina, NC State, Duke and Wake Forest — located in just three states, have been in fierce competition for years. A return to such heated rivalry would help to create more fans, respect time-honored traditions and perhaps escalate the level of play to something resembling the elite competition enjoyed by the SEC West.

The other division, the Atlantic, would serve as a proving ground for newer members. With fewer prior connections, perhaps teams would be motivated to build their own competitive network and double the ACC’s appeal.

Few teams embody the underdog spirit better than Boston College. Despite being outmatched by more talented conference opponents year in and year out, the Eagles manage to play scrappy and earn their spot at the ACC table. That being said, Boston College is wildly detached in far-off New England, and the conference has no urgent need for a hockey school at the moment.

Maryland would be a much better replacement, especially considering the school’s 60 years of history playing in the ACC. We miss Maryland, we want their basketball back, and ACC Commissioner John Swofford is sorry for not helping to bail the Terrapins out.

In: US Naval Academy

The existence of Pitt, Syracuse and Louisville in the ACC has been a charade for the past seven years, and by now the joke is no longer funny. None of the aforementioned teams are close to the Atlantic coast, none of them are in any way Southern and all of them should go back and find a way to fix the Big East.

Navy, on the other hand, would add excitement to the ACC in a way that doesn’t require the conference to sell its soul. The Midshipmen are undoubtedly competitive, finishing with a better ranking last season than 13 of 14 ACC football teams — not counting Notre Dame, of course. The school is perfectly located in Annapolis, Maryland, and has plenty of experience facing ACC opponents. And even if the Naval Academy doesn’t really fit the bill of an ACC school, nothing would be cooler than watching our favorite ACC teams play in front of the legions of cheering Midshipmen.

As far as other sports go, Navy could certainly bring its nonfootball sports programs up to par with the rest of the ACC. And if it doesn’t, no worries — Boston College never did either. If for no other reason, the Naval Academy would bring the triple option back to the ACC — because all we really want to see is the sailors of tomorrow playing smashmouth football.

Another team that left the ACC back in 1971, it is high time for South Carolina’s return. In order to appease the SEC for its loss, it would only be natural to trade Miami, a team which bears strong SEC traits. The Gamecocks would no doubt get comfortable with the softer competition of ACC football, and they will find it much easier to schedule games with their rival, Clemson.

The other part of a possible SEC-ACC trade-off, Florida State is yet another geographic SEC team misaligned with the ACC. Tallahassee has far more in common with deep South strongholds such as Tuscaloosa and Oxford, and to be quite honest, the Seminoles are just a little too good to be in the ACC.

Georgia, on the other hand, is a perfect fit for the ACC, even though it probably doesn’t realize it. The school itself would find academic equals in Duke, UVA and UNC, and like South Carolina, Georgia could finally play in the same conference as archrival Georgia Tech. While it may take some coaxing, UGA fans would no doubt warm up to a change of scenery following the past seasons of College Football Playoff misery, and they’d always have Clemson to compete with.

The Fighting Irish do not belong in the ACC in any way, shape or form. Tear up the “partial membership” deal or, in the words of a lifelong ACC fan and my father, “take a train to hell.”