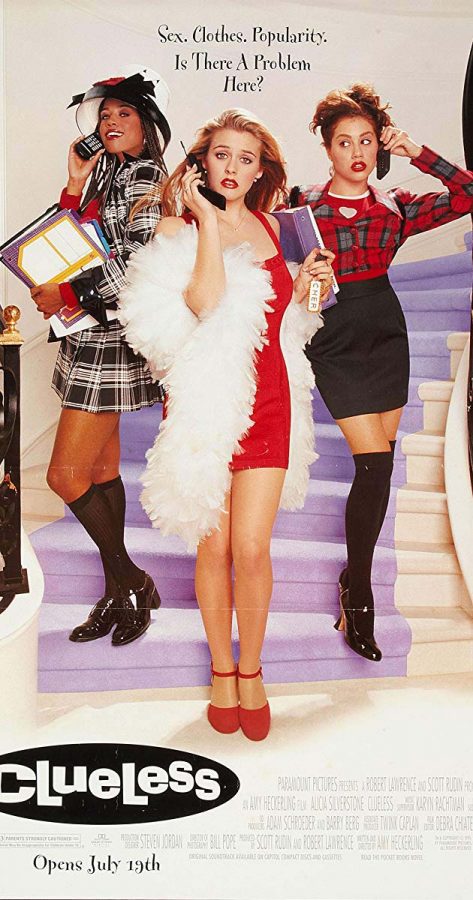 Directors return to Jane Austen again and again because of what her novels say about love, class and women’s lives. And an excellent period piece is never a bad thing to have under your belt, but there’s a risk of retreading old ground without discovering anything new. Austen’s novel “Emma” is no exception — including Autumn de Wilde’s new film adaptation of the book starring Anya Taylor-Joy, there are now four movies, a BBC series and a recent musical, all adapting what is called — by me — Jane Austen’s least sexy novel.

And I stand by that assessment. Emma is spoiled, selfish and self-assured. Austen said once that Emma was a character “no one but myself will much like.” Add on a boy-next-door love interest that has all the sex appeal of an older brother and borders on paternalistic, a coddled, hypochondriacal father and a social-climbing vicar, and there are a few characters that no one will much like. With that in mind, I am ranking all the adaptations of “Emma” accordingly.

I can’t say with complete confidence that a musical “Emma” has Jane Austen rolling in her grave, but I can say that I’m rolling over because it is that bad. I dislike it on principle, but if you like musicals, it has songs, and that’s something. In the interest of fairness, I watched two hours of the musical — available to stream online — and I wouldn’t do it again. The costumes are mid-century, because the setting is updated to what could be the ’50s, the dialogue is straight from the book and the songs are middling. Mr. Knightley, the story’s main love interest, is a middle-aged man, and it took me a while to differentiate between him and Emma’s father, so all of the original icky paternalism in every other adaptation becomes unbearably literal. In its defense, it was a musical, which makes it more original than at least two of the other adaptations. If it had been a better musical I might have liked it, but I’m giving it a hard pass.

Minus 1000 points for Gwyneth Paltrow, who is permanently attached to vagina eggs and white-lady science in my mind. That might be unfair, but it’s a subjective list. Beyond that, Paltrow’s Emma is meaner, not humble or good-natured. She is everything objectionable about Emma with little to redeem her. Mr. Knightley is unmemorable, and Emma’s father, Mr. Woodhouse, is grating. This isn’t exhaustion bias either — I watched it first, and liked it least. But like any good period piece, the costumes are beautiful and the sets are well decorated.

This adaptation of “Emma” is traditional, which isn’t necessarily a bad thing. It doesn’t do a disservice by existing, but it doesn’t add much either. Kate Beckinsale’s Emma is better than Gwyneth Paltrow’s, and there isn’t much else to say. The costumes tiptoe toward stuffy pastels and the set is beautiful and Victorian, like every other adaptation. Beyond that, there’s no sizzle between Emma and Knightley, and Mark Strong’s Mr. Knightley is paternalistic and scolding, if you’re into that.

The TV adaptation may be 2 hours longer than most movies, but it’s four hours I don’t regret spending. It has Michael Gambon — you may know him as Dumbledore — as Mr. Woodhouse, a handsome Mr. Knightley and an Emma who is likeable despite her faults. Romola Garai’s Emma is gentler and less spoiled, and she and this Mr. Knightley have at least the chemistry of friends, if not lovers. Jonny Lee Miller, who played Mr. Knightley, also played Edmund Thomas in Mansfield Park, and he does Austen like a comfortable veteran. The costumes are rich and the set design is lush and well adorned, but the adaptation is pulled exclusively from the text and doesn’t add much that audiences haven’t seen before. It gets a point for giving adequate backstory and narration — you don’t need to read it to know what’s going on, but you might not be drawn to it if you aren’t already a fan. That said, as a fan, nothing is better than the BBC versions of classic novels.

If you didn’t know that “Clueless,” a certified ’90s classic, was an “Emma” adaptation, now you do. Turning Emma into a spoiled Beverly Hills babe works on a lot of levels, and without it we’d never have Alicia Silverstone’s amazing speech about the “Haiti-ans.” This movie gets so many points for the now-classic lines it added to the cultural lexicon, including but not limited to, “Ugh, as if,” “Oh my god, I am totally buggin” and obviously, “you’re a virgin who can’t drive.” More points for the ageless and bangable Paul Rudd, minus points because he’s basically her bangable brother. Cher and Dionne’s coordinated outfits? All the points. The total erasure of Jane Fairfax, a neighbor and Emma’s foil within the story — minus points. Unpopular opinion, but I like Jane Fairfax, and “Clueless” is lacking. I will also subtract points because her dad is a high-powered lawyer, not a hypochondriac gentleman, which I really enjoyed in the book.

I take it back, Emma can be sexy — it can downright sizzle. The newest addition to the library of Austen movies, this Emma is colorful and stylized, an homage to Sofia Coppola’s “Marie Antoinette.” The costume and set design is sumptuous, dripping in jewel tones, and it avoids the stuffy pastels of so many Austen adaptations. This version of “Emma” stands on its own — you don’t need to read or like the book to really enjoy the movie. The supporting cast modernizes the film with droll humor and an excellent sense of physical comedy. Bill Nighy steals every scene as Mr. Woodhouse, playing up the hypochondria and melodrama. Bill Nighy gets two points. Mr. Knightley who has chemistry with Emma gets two points. Even with sideburns, the man can get it. Tanya Reynolds as Mrs. Elton gets another two points, and her ridiculous hair gets half a point. And Anya Taylor-Joy gets three points for making Austen’s least likable leading lady interesting. If Amy March deserves a second chance, Emma does too.