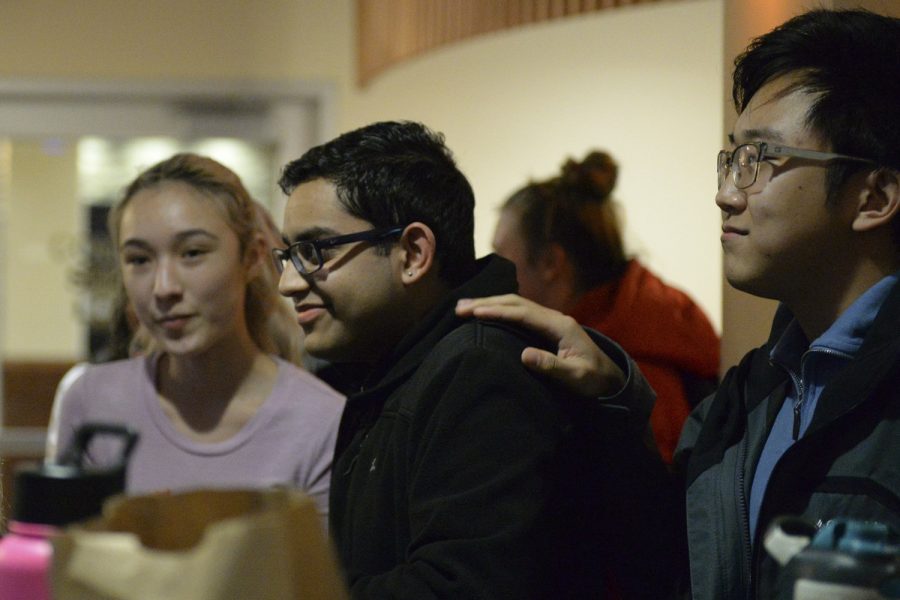 Student Government Board Diversity and Inclusion Chair Ravi Gandhi has resigned from their position, effective Friday.

Gandhi ran for SGB president in this year’s election cycle and lost to Eric Macadangdang Tuesday night with 49.8% of the student vote. According to Gandhi, one reason for their resignation is to give Macadangdang “space” to run the board the way his campaign intended.

“The president, in my opinion, is supposed to be the one who is doing goal setting, who is directing the organization in the way they campaigned on, and so I just don’t think it’s right or fair to Eric for me to stay in SGB,” Gandhi said. “He had a very different vision, and I want to make sure he has the full capacity to implement his vision. He did win the election, and I want to give him that space.”

Gandhi said they were already planning their resignation during the campaign, but weren’t able to find the right time to do so amidst campaign activities. They still hope to pursue public service on their own time, they said, but now have ideas of what that should look like outside of SGB. According to Gandhi, they want to use their time away from the board to pursue these new ideas.

“Lately, in an SGB capacity, I’ve felt more and more like that service was starting to feel like work,” Gandhi said. “That was the telling point for me when I thought I should take a step back.”

SGB President Zechariah Brown said that Ravi is a “dynamic and engaged student leader” and a valued member of SGB. Brown said that he is confident in Ravi’s ability to pursue their goals outside of student government.

“We are all just very happy to see Ravi doing what Ravi wants to do,” Brown said. “In Ravi’s email to everyone, Ravi had stated that they’re very happy at this time in their life. That more than SGB work or chairmanship or anything else that is really what this college experience is for is maintaining your own health and wellness, so personally I’m very happy that Ravi’s happy.”

Despite their decision to resign, Gandhi said, they have never wavered in their support for Macadangdang. They said that they are very hopeful for the future of SGB, and trust Macadangdang to lead the board.

“Eric is going to make a good president,” Gandhi said. “Even though we have different views, both views are good. You can have two good solutions. I ran on mine and Eric ran on his, and now it’s time for him to implement his.”