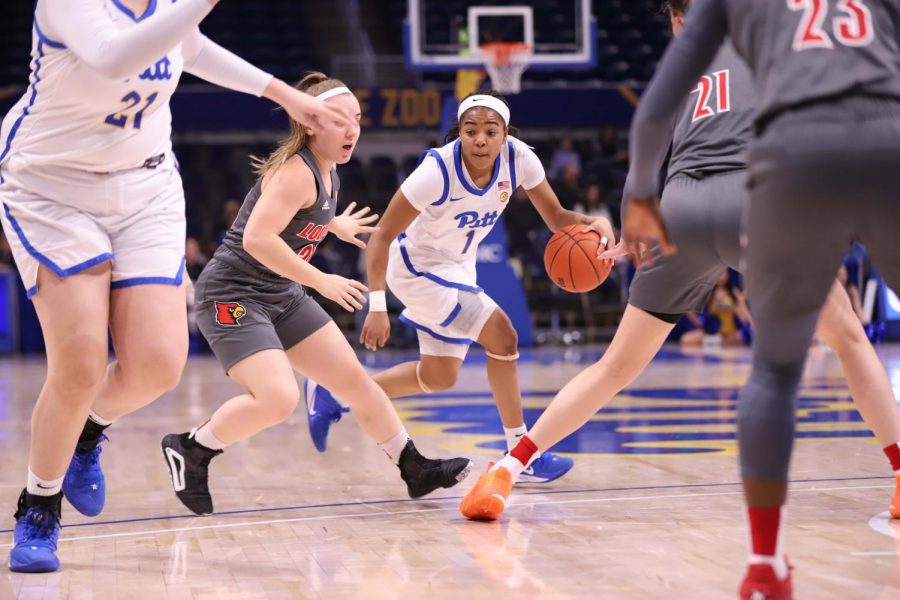 First-year guard Dayshanette Harris scored 22 points against Miami Sunday, making it the fourth game this year where she has scored 20 or more points as a first-year player. She is the first Pitt player to accomplish this feat since former Pitt star Briana Kiesel did it in the 2011-12 season.

Pitt women’s basketball looked to end their regular season on a high note in Miami on Sunday, hoping to get their first road win in ACC play this season and stop their long losing streak. Instead, the Hurricanes controlled the game from start to finish, shot the ball efficiently and outscored Pitt 62-36 in the first three quarters on the way to a 73-54 route.

This loss against the Hurricanes (15-14 overall, 7-11 ACC) for the Panthers (4-25 overall, 1-17 ACC) eclipses the 1995-96 results for the most losses in a season in program history. Also, with only one win, it is the lowest number of regular season wins for the program in ACC play since joining the conference in 2013-14. The Panthers now hold the last place in the conference for the first time as well.

First-year guard Dayshanette Harris took over for Pitt in the first quarter, scoring eight points on 2-4 shooting and 3-4 from the foul line. While Harris played well, no other Pitt player scored. The rest of the team shot 0-10 from the field and 0-5 from 3-point range.

Pitt also turned the ball over seven times in the first quarter, allowing Miami to create easier possessions on offense. Miami scored the final six points of the quarter and took a double-digit lead going into the second quarter.

The Panthers came back at the start of the second quarter, going on a 9-2 run that cut the lead to three at the media timeout halfway through. Harris scored a 3-pointer to score the first 11 points of the game before sophomore guard Ismini Prapa followed suit.

With the game close, the Hurricanes returned to domination toward the end of the second quarter and outscored the Panthers by 13 to go into the half up 37-21. Junior guard Kelsey Marshall opened the quarter for the Hurricanes with a layup and ended it with two 3-pointers, the second coming from mid-court at the buzzer.

Miami continued its offensive efficiency in the third quarter, outscoring Pitt 25-15 and once again getting eight points from Marshall, with two more 3-pointers.

Miami created more chances than Pitt offensively in the quarter with five offensive rebounds and four Pitt turnovers forced. The Hurricanes also made four 3-pointers compared to Pitt’s one.

Despite the loss, Harris once again showcased her scoring ability for Pitt with 22 points, making it the fourth game this year where she has scored 20 or more points as a first-year player. She is the first Pitt player to accomplish this feat since former Pitt star Briana Kiesel did it in the 2011-12 season.

First-year guard Amber Brown backed up Harris on offense. She turned up the aggression and scored 14 points, her highest total since the Syracuse game on Feb. 16.

While first-year forward Rita Igbokwe was scoreless in the loss against the Hurricanes, she did record three blocks, putting her at 53 for the year. She is now only two blocks away from record for most blocks by a first-year in program history.

With the regular season finished, Pitt earns the No. 15 seed in the ACC Tournament this week in Greensboro, North Carolina. Pitt will take on rival Notre Dame, the No. 10 seed, on Wednesday at 3:30 p.m. The Irish captured wins in the last two meetings.