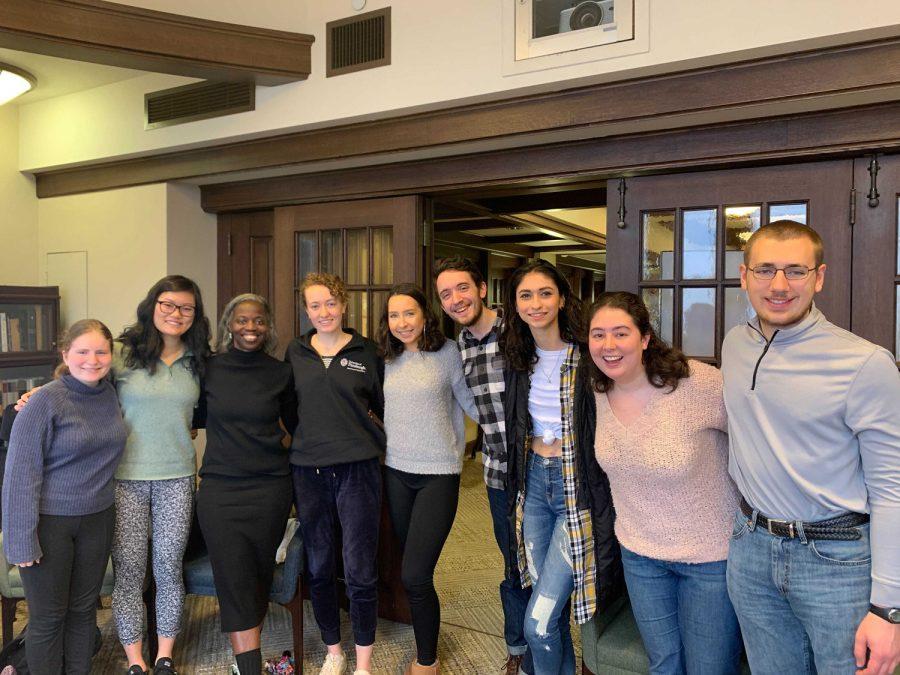 By Alaina Vento, For The Pitt News

At 44 years old, janera solomon is now unemployed for the first time since high school.

It’s a conscious decision — after 11 years serving as the executive director of the Kelly Strayhorn Theater in East Liberty, the Pitt alum retired from the position in December to head in a different, unknown direction.

“Things feel really important at one particular moment, and in the next it’s not. New things become important,” she said. “At certain moments you have to make shifts, or else how do you know what you’re capable of?”

A dozen students assembled early Tuesday morning in the Cathedral of Learning to hear solomon speak on her non-conventional career path and Pittsburgh’s theater scene during the Honors College’s Alumni Breakfast Series.

solomon is the former executive director of the Kelly Strayhorn Theater, a non-profit community theater featuring many art forms, ranging from contemporary dance to multimedia, which she led for 11 years before retiring this past December. She is a Guyanese immigrant who came to the United States when she was 9, as well as a Pitt alum, having graduated from the University in 1998 with a B.A. in Multi/Interdisciplinary Arts — a self-designed degree combining Africana studies, economics, history, philosophy and English.

She was approached by the theater in 2007 for the executive director position due to her previous work with Toronto-based consulting firm Lord Cultural Resources, which specializes in helping museums, cultural centers and heritage sites with community-based projects. At the firm, she fostered an interest in the relationship between the arts and communities.

According to solomon, The Kelly Strayhorn Theater is on the intersection of the wealthiest and poorest sections of Pittsburgh on East Liberty’s Penn Avenue. She strived to bring these two social classes together through the theater. When she expressed her vision to a program officer, they told her it would never occur.

“They told me, ‘People don’t socialize across racial lines in Pittsburgh,” she said. “I told them, ‘That’s too bad because that’s what I’m planning to do.’”

Before solomon’s involvement, the theater had closed numerous times for brief periods and struggled to find a dedicated director. According to solomon, the community wanted it to be a cultural hub, but no one knew how to do it. She had a specific goal to build a multi-racial, multi-class, international, family and queer-friendly program. During her time there, she achieved this by helping establish international dance festivals, as well as arts festivals curated for the LGBTQ community and people of color, including My People and Sun Star festivals.

“I did not have this much gray hair when I started,” she said.

solomon said through the Kelly Strayhorn Theater, her cultural aspirations came to life. With her direction, the theater has expanded into the Alloy School — a theater that holds classes and performances — which is also located on Penn Avenue. She found partners to help with funding, which rose the budget from $300,000 from when she started, to $1.35 million at her departure. solomon implemented the “pay what makes you happy” motto at the theater for every performance to attract audiences of any income.

Despite these achievements, she said that she faced numerous obstacles along the way, such as acquiring funding and doubts from program directors and family members. Although she ultimately found success, solomon emphasized that her career was not a linear path.

“When you do a chronological storytelling, it makes things seem very linear, like it all fell into place,” solomon said. “On the one hand, you could look back at it that way. On the other hand, I’ve been navigating a series of events.”

Quincy Bayer, a sophomore computer engineering major with a theater minor, attended the breakfast because of his interest in theater in Pittsburgh.

“It was interesting to see her take on the theater culture, how theater and the arts incorporate into downtown and the Pittsburgh area,” Bayer said.

solomon said Pittsburgh is the perfect city for artists to experiment.

“If you can make it in Pittsburgh, you can me it anywhere. It’s the right mix of skepticism, curiosity and knowledge,” solomon said.

Clare Stich, manager of constituent relations in the Honors College, said she resonated with janera’s honesty about her career path.

“I liked that she gave very specific examples of the obstacles she faced and how frankly, there are just some people who will not agree with you,” Stich said. “That’s something I think we can all stand to remember and how we should be strong in what we believe in.

When asked by an attendee what is next for her career, solomon laughed before responding.