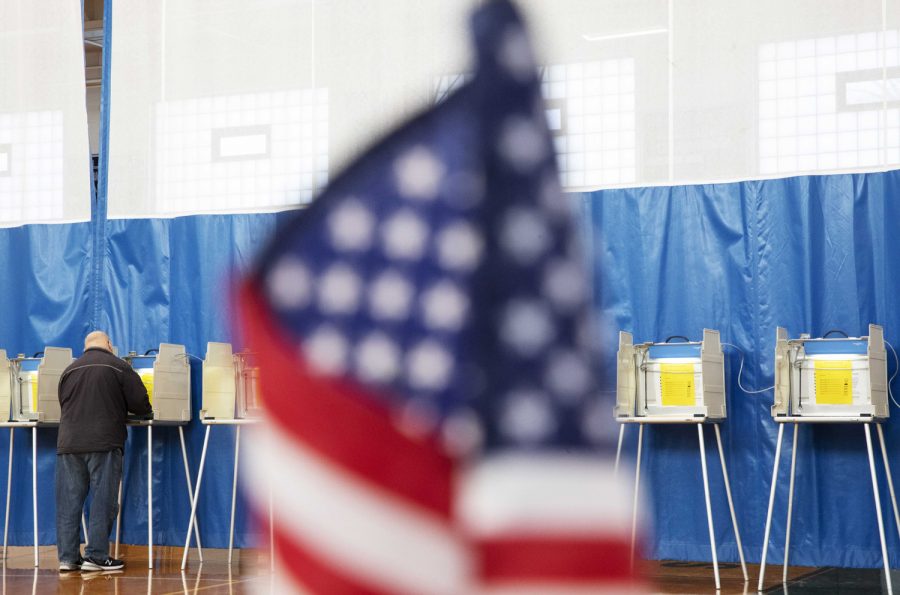 A voter casts a ballot in the Massachusetts presidential primaries, Tuesday, March 3, in Seekonk, Massachusetts.

Much to the relief of Americans across the country, the primaries held on Super Tuesday went down without too much drama — we’re looking at you, Iowa caucus.

Primaries were created in the early 1900s as a way to select potential candidates for the presidency. While primaries weren’t initially common in most states — they started out in just 12 states — by the time they caught on, they weren’t much different than they are today.

Primary elections are intended by political parties to narrow the field of presidential candidates who could be the party nominee by consulting the American public and allowing them to vote in support of their preferred candidates. Primaries are different from caucuses only in that caucuses involve discussion before votes are cast for a desired candidate.

The primaries this year are spread out over a lengthy period, with the earliest election happening on Feb. 3 and the final election being held on June 6. This creates a span of four months between different primaries, which allows for massive inconsistencies between the primaries of different states.

For one thing, as we’ve seen this past week, candidates tend to drop out of the running if they’re not receiving enough support. Both Pete Buttigieg and Amy Klobuchar dropped out of the running this week, just days before Super Tuesday. Both candidates will likely still gain votes due to the fact that their names will still appear on the ballot, as well as the fact that any absentee ballots sent in before they dropped will still count towards them. Additionally, as Buttigieg won the Iowa caucus in February, he will keep the 14 delegates he won, keeping them away from the candidates who remain in the running.

The fact that candidates who have dropped out of the race can still receive votes and hold delegates demonstrates why it would be better to hold all primaries at the same time. Doing so would mean that voters would be able to rally behind their chosen candidate in unity with other voters, while not having to worry about their vote being wasted if the candidate drops out of the election before the end of the primaries.

Super Tuesday is a great model for how a consolidated primary could work. Fourteen different states held their primaries on Super Tuesday this year, including California, Texas, North Carolina and Virginia — states notable for their high numbers of delegates. Having this many states voting at once creates a more complete idea of which candidates have the most support.

Holding a large sample of primaries all on the same day is certainly beneficial, but it would be even better to consolidate all primary elections to the same day. Doing so would alleviate voters’ worries about if their chosen candidate will drop out before their designated primary, as well as give an immediate and clear picture about the support for every candidate.