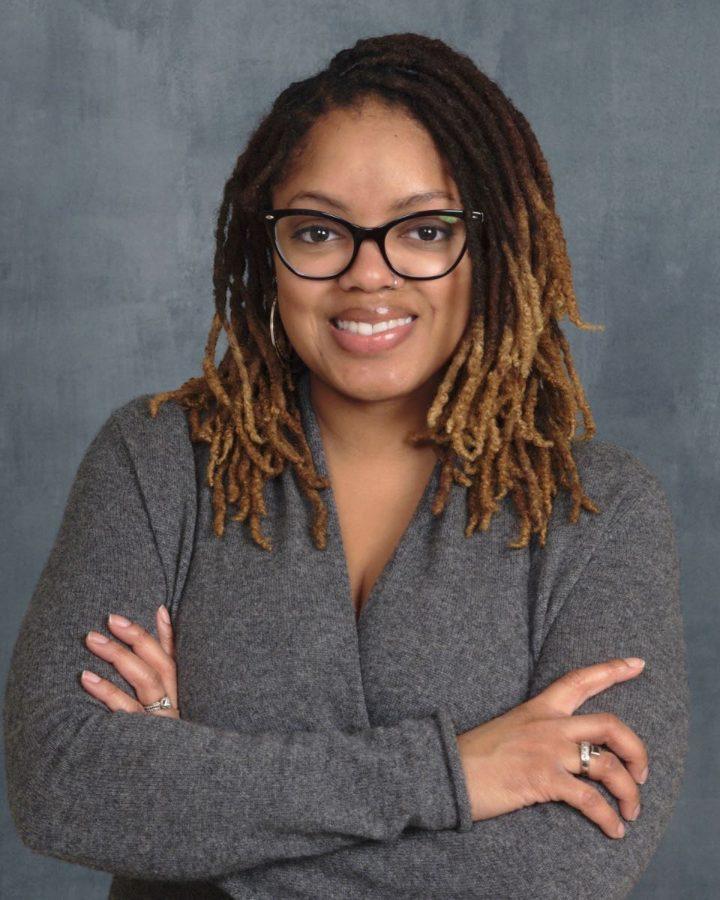 Kellie Ware-Seabron, the newly appointed executive director of NAACP Pittsburgh, aims to tackle the effects of gentrification in Pittsburgh.

Kellie Ware-Seabron was 31 years old and a mother to two young children when she started law school at Northeastern University in 2015. She wasn’t looking for a large paycheck — but a way to protect her son.

“At the point that George Zimmerman got acquitted of killing Trayvon Martin, that was my watershed moment. The answers had to be in the law somewhere,” Ware-Seabron said. “I have a son who’s almost 12, so how can I not do what I can, so that when he’s 17 he’s not in the same situation?”

Ware-Seabron, an East Liberty native and 2006 graduate of Pitt, is the newly appointed executive director of NAACP Pittsburgh — a local branch of the nonprofit organization working to eliminate discrimination and prejudice against African Americans. She said this position is ideal because it allows her to pursue many different policy priorities.

“This is a once-in-a-generation opportunity to get into a position in movement leadership,” Ware-Seabron said. “This position gives me the latitude to work on education if it’s in the lens of racial inequality and transportation and city policy and business owners who discriminate.”

Ware-Seabron said one of her policy priorities is dealing with the effects of gentrification, which she said has no easy solution. According to a study from the National Community Reinvestment Coalition, Pittsburgh is the eighth-most gentrified city in America. The process of gentrification occurs when redevelopment designed to attract wealthier tenants displaces current low-income residents.

“You can hear that the East Side was built on the bones of the neighborhood I grew up in, but if you never bought incense on Penn Avenue, it’s hard to understand why the presence of a Milkshake Factory makes Pittsburghers irate,” Ware-Seabron said. “We’re trying to find the sweet spot with the right amount of development so indigenous residents can participate without displacing them.”

Handling gentrification is only one aspect of Ware-Seabron’s plans for the NAACP, which also include voter registration and modernizing the office by rebuilding their website and activating their social media accounts.

At her new position, Ware-Seabron didn’t avoid the spotlight for long. In her first week on the job, NAACP Pittsburgh was involved in a controversy surrounding Allegheny County Common Pleas Judge Mark Tranquilli who, in late January, allegedly called a black female juror “Aunt Jemima” and said the juror’s “baby daddy” probably sold heroin during a private meeting in his chambers, prosecutor Ted Dutkowski and defense attorney Joe Otte told the Pittsburgh Post-Gazette.

President Judge Kim Berkeley Clark assigned Tranquilli to administrative duties, and his case was referred to the state Judicial Conduct Board — a 12-member panel that investigates judges’ ethics violations, according to the Pittsburgh Post-Gazette. Kenneth Huston, president of the NAACP Pennsylvania State Conference, said at a rally in the Hill District in late February that the NAACP is advocating for a full suspension and ultimate disbarment of Tranquilli.

Ware-Seabron said navigating the situation was difficult both as a new employee and as a Pittsburgher concerned about judicial equity for African Americans.

“It was like, ‘What is happening?’ It was my first week on the job and I wasn’t even sure what our procedure was to release a statement. I was still trying to find things in the office,” Ware-Seabron said. “It’s very appalling. If you feel that way about a juror who’s just doing their civic duty, what do you think about the people you’re prosecuting?”

Before working at the NAACP, Ware-Seabron said her advocacy and inclusion efforts were shaped at Pitt, where she majored in education and minored in theater. While Ware-Seabron complimented the coursework, she said interacting with people from all over the world was what impacted her the most.

“I grew up in East Liberty and went to Peabody High School, which is quite literally around the corner,” Ware-Seabron said. “Once I got here, even though it was local, people came from everywhere — international students and rural Pennsylvania like my freshman-year roommate. The discomfort of getting to know a wide range of people was helpful.”

Many of these skills translated into Ware-Seabron’s first job after law school as a staff attorney at Neighborhood Legal Services, an organization that provides low-income, at-risk individuals and families with legal aid. At this position, she met Amber McGee, a 27-year-old Southside resident and staff attorney. McGee compared Ware-Seabron to “superwoman” and said she fondly remembers one time when they were accidentally locked out of the office.

“She’s extremely calm, helpful and lighthearted. Sometimes she would go out on the fire escape to blow off steam. One time I kicked the binder that propped the door open, and we got locked out on the fire escape. We had to climb down and knock on someone’s window on the bottom floor,” McGee said. “The NAACP is lucky to have her, but I kind of wish she was still my office mate.”

McGee wasn’t the only one impressed by Ware-Seabron’s work ethic. Will Tolliver Jr., the manager of early childhood learning at the Children’s Museum of Pittsburgh and Board Chair of Proud Haven Inc., a safe shelter for LGBTQ+ youth in Pittsburgh, said he was impressed by Ware-Seabron’s commitment to intersectionality when they served on the board of Proud Haven together.

“Kellie showed up every time. She was whole, she was present and she was passionate,” Tolliver said. “Kellie also understands the intersectionalities that go into different identities. She will change the region because she’s not a ‘no’ type of person, she’s a ‘why not.’”

Ware-Seabron said one of her other proudest accomplishments was advocating for racism to be legally declared a “public health crisis” in Pittsburgh when she worked as an Equity, Diversity and Inclusion Policy Analyst for the City from June 2019 to January 2020. Councilmen R. Daniel Lavelle of the Hill District and Ricky Burgess of North Point Breeze, the only two African American council members, sponsored the bill in mid-December. This legislation also commits the city government to creating more diversity initiatives and racial equity opportunities in its hiring practices.

Much of the data backing up this legislation comes from a report released in September by Mayor Bill Peduto’s Gender Equity Commission. The report found that while white women in Pittsburgh make just 78 cents to every dollar of a white man, black women make only 54 cents to a white man’s dollar.

Ware-Seabron said despite these grim statistics, she thinks Pittsburgh is an exciting place to raise a family, and she is excited to improve it for all demographics.

“Pittsburgh is that sweet spot where you can escape the guy you dated in 10th grade because it’s not that small, but you’re never that far away,” Ware-Seabron. “This town keeps you honest, and I want to use the law to make it a more equitable place.”