ACC to suspend all athletic activities 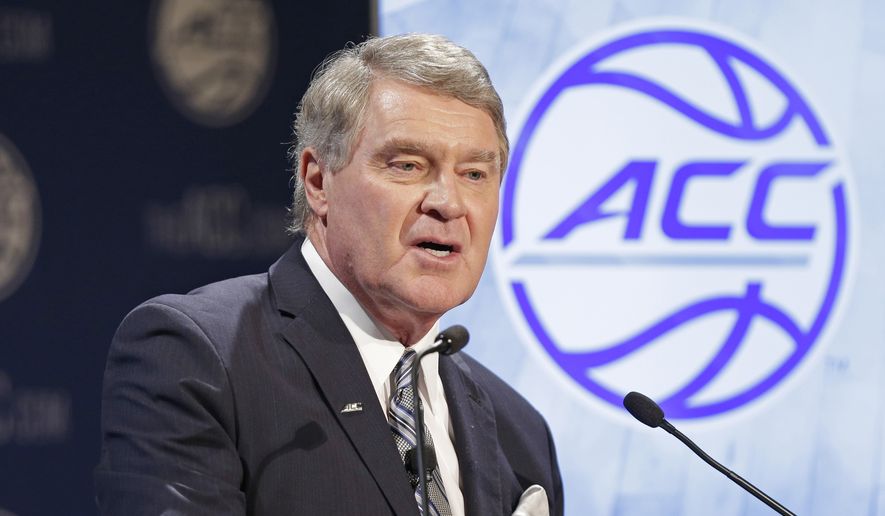 The ACC announced Thursday that it will suspend all athletic related activities in light of the coronavirus disease pandemic.

“The Atlantic Coast Conference has suspended all athletic related activities including all competition, formal and organized practice, recruiting and participation in NCAA championships until further notice,” the conference said in a statement. “The decision was made following consultation with the league’s presidents and athletic directors to mitigate the further spread of COVID-19.”

The decision will affect all spring and winter sports currently in session, including but not limited to basketball, baseball, softball and wrestling.

The remainder of the ACC Men’s Basketball Tournament is cancelled. No. 1 seed Florida State will serve as the conference’s champion. The Seminoles would typically earn an automatic bid to the NCAA Tournament, though that is no longer the case, as it was also announced Thursday afternoon that the tournament will be cancelled.

The conference issued the following statement regarding the ACC Tournament.

“Following additional consultation with the league’s presidents and athletic directors, and in light of the continued conversations surrounding the fluidity of COVID-19, the Atlantic Coast Conference will immediately cancel the remainder of the 2020 ACC Tournament. For NCAA Tournament automatic qualification purposes, Florida State will represent the league as the ACC Champion. We are disappointed for our student-athletes, schools and fans to have to make this decision; however, the overall health and safety of all involved is the priority.”

All moves have been made in an effort to enact widespread “social distancing,” which has been deemed the most effective option of slowing the virus’s spread as researchers work to develop a vaccine.

“This is uncharted territory and the health and safety of our student-athletes and institutions remains our top priority,” ACC Commissioner John Swofford said in a statement. “This decision is aimed to protect from the further spread of COVID-19.”

The decision to cancel athletic activities correlates with schools across the nation suspending in-person classes in favor of online curriculum. Pitt announced Wednesday that it will be taking such measures.

“This decision was made with one priority in mind — the health and well-being of our student-athletes. We are very cognizant of the disappointment that may be felt by our young people who worked and prepared so hard for their seasons. However, this is an unprecedented circumstance and we must prioritize safety and responsibility in our response to it. The decision to indefinitely suspend all competition, practices and recruiting is one we fully support. Our administrators, staff and coaches will remain actively engaged with all of our student-athletes, ensuring their well-being during this time of suspended athletics activity and distance learning.”