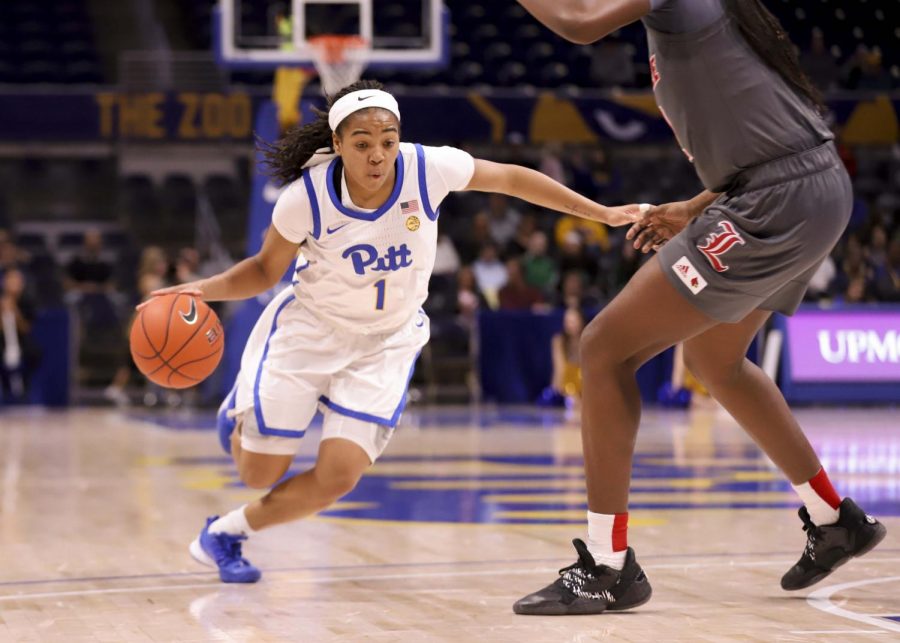 The ACC announced the 2020-21 women’s basketball schedule on Wednesday, where Pitt will play 20 games amongst three regions.

Pitt women’s basketball’s 2019-20 season was one of the worst in program history. But despite the lows, the Panthers have plenty to build on as they enter an offseason lengthened by the COVID-19 pandemic.

Pitt was not affected by the cancellation of the NCAA’s postseason tournaments. At 5-26 overall, the Panthers tallied their least amount of wins and most amount of losses in a season in school history, leaving them well short of a tournament bid. The same goes for their conference record as well. Their single win is a record low, and 17 losses is a record high since Pitt joined the ACC in 2013.

This season for Pitt was always going to be difficult, with second-year head coach Lance White even declaring 2019-2020 his unofficial “first year” as head coach. White, who was hired in April of 2018, labeled this his opening season after bringing in his first recruiting class.

White brought in seven new players, including five first-years and two junior college transfers. There were a lot of new faces, but all of them necessary for White to reshape the program in his design after nine players departed from last season’s team.

With a wholesale roster shake up over the offseason, 2019 served as a learning process for the first-years just beginning their collegiate career.

Due to their inexperience, Pitt had trouble sustaining momentum. This would lead to many games where the Panthers were unable to comeback from even small deficits.

White described this process as “spurtability,” where his team would show flashes of solid play, but collapse quickly.

Against ranked teams like Florida State and NC State, Pitt was able to keep it competitive for a large part of the game, being down only 38-30 at the half against NC State and tied at 27 against Florida State in the third quarter.

In each game, the Panthers fell flat offensively. They were outscored 50-14 in the second half against the Wolf Pack in a 44-point loss and then outscored 39-14 by the Seminoles in the fourth quarter to lose 66-41.

“We just couldn’t match [them],” White said after the NC State game. “You’re playing with them for a half and play with them for a couple of quarters, but can’t maintain it. We’re just not fundamentally and mentally tough enough yet to battle teams in that.”

The Panthers’ scoring struggles can be largely attributed to their league-worst turnover margin at -4.9. This led to long stretches of inefficient offensive play, poor ball handling and passing, easy turnovers and scores for opponents in addition to weak interior defense that plagued losses.

Additionally, they were the worst shooting team in the conference, shooting 63% from the free throw line and 35.5% from the field.

Pitt failed to shoot over 40% in its final 19 games, including all ACC games. Shooting percentages that low make it hard for any team to win basketball games.

Injuries only further added to the hardships of White’s “first season.”

Junior guard Kyla Nelson was diagnosed with a neuroendocrine tumor of the appendix, a form of cancer, in September. She had surgery on Oct. 1 and returned in December, but after four games which saw limited minutes, Nelson shut down for the year.

Aysia Bugg also suffered a season-ending injury to her knee, when she came up hobbling after a layup against Florida State, causing her to miss the final 11 games of the season. It was during this time that White’s newcomers began to take on more formidable roles in preparation for next season.

First-year guard Dayshanette Harris became the heir-apparent to the point guard position with Bugg out. Harris’ prolific scoring, strong defense and solid rebounding placed her on the All-ACC Freshman team. Harris ended up averaging 16.9 points in the seven games she played in after Bugg was injured.

Harris was also a force at the ACC Tournament. In Greensboro, North Carolina, Harris scored 20 points in the upset win over Notre Dame — hitting the game-winning shot as well — and scored 21 points in the second round loss against Georgia Tech.

Harris finished the season as one of the best first-year scorers in Pitt history. She led the team in scoring, only one of four Pitt first-year players to do that this century, and also had the most 20-point scoring games 2012.

Joining Harris as a constant staple in the starting lineup was fellow first-year guard Amber Brown, who became a solid two-way player for the Panthers, as she averaged 9.1 points per game and led the team with 7.7 rebounds per game.

Another player that established herself at the forward position is first-year Rita Igbokwe. She was a strong shot blocker, recording 60 blocks in 2019-20 that set a new first-year record for blocks in a season.

Junior college transfer, junior guard Gabbie Green — another one of White’s cast of new faces — showcased her great 3-point shooting. She made the most 3-point shots in program history with 60.

The final two games of the season in the ACC tournament really showed how far the Panthers had come over the course of the season. In those games, they executed much better offensively, shooting 46.4% from the field over two games.

Pitt achieved improved shooting because of better shot selection and thanks to White’s coaching. White came into the program with vast knowledge of the ACC from his time at Florida State. In the ACC tournament, White out-coached legendary Muffet McGraw of Notre Dame by exposing her 2-3 zone with more shots from the perimeter.

The obvious holes in White’s roster have overshadowed evaluations of him as a coach. But if he shows that he can beat teams even when overwhelmed by talent disparities, this team will go from a good one to a great one in the upcoming years.

For next year, White has brought in a good class, with four-star forward Tracy Heuston, who is the 78th ranked prospect by ESPN in the 2020 class and two three-star players in Liatu King and Taisha Exanor. He also landed a 2021 recruit in Maliyah Johnson and looks to acquire the likes of Shyanne Sellers as well, who is ranked No. 34 in the 2021 class by ESPN.

The program revolves around White’s abilities as a coach. He has proven his chops as a recruiter, and if his in-game coaching improves as well, this program will improve on its historically low points.