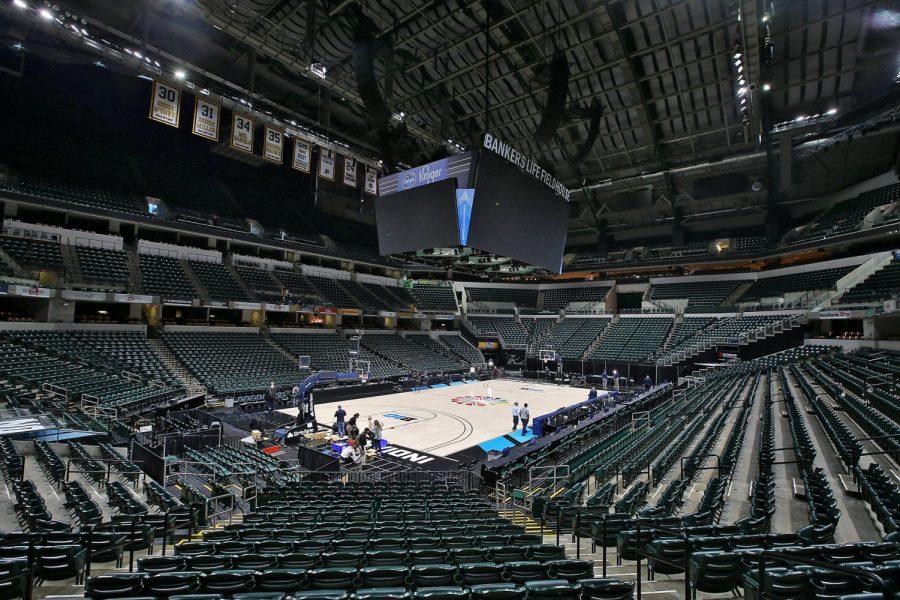 There will not be an NCAA Men’s Basketball Tournament this year.

Yesterday, the annual Selection Sunday show did not air, no bracket was unveiled, no teams danced and cheered at the sound of their name and none of the madness that college basketball fans love so much will ensue. There will not be an NCAA Men’s Basketball Tournament this year.

For all college basketball fans, the absence of the sport’s most cherished tournament is devastating. Thankfully, although the NCAA did not release a bracket, ESPN “Bracketologist” Joe Lunardi had other plans. To aid fans in their grieving, Lunardi has updated his bracket for the final time, providing fans with the closest thing to an NCAA tournament bracket they will get this season.

In a season that featured thrilling upsets and widespread parity, this year’s tournament was shaping up to be unforgettable. Using Lunardi’s bracket, I will highlight what I believe to be the best March moments that never were for the 2020 college basketball season.

The Midwest region may feature the No. 1 overall seed Kansas Jayhawks, but it is chock-full of talent across the board. It features five finalists for the John R. Wooden Award along with some of the best coaches in the sport. Top-seeded Kansas is far from the clear pick to get to the Final Four in Atlanta.

In the Round of 64, the team on highest upset alert would be No. 5 seed Auburn, matched-up with the Liberty Flames. Liberty returned most of their core from the team that pulled out a thrilling upset over Mississippi State in last season’s tournament.

The opposite can be said for Auburn, as they lost most of their Final Four squad from 2019. The Tigers showed streaky tendencies throughout the entire season, and it doomed them at times. Bruce Pearl would have followed up his magical 2019 run with a first-round exit, and the No.12 seed Flames would advance.

In the second round, there are marquee individual matchups throughout the region that would have made for some extremely entertaining games. The star guards of the region would be showcased in a game between Kansas and Marquette, as Jayhawks sophomore Devon Dotson would face Marquette senior Markus Howard.

Moving down, Iowa star junior center Luka Garza would be poised to take on first-year phenom Vernon Carey Jr. of Duke. Although I believe the higher seeded teams from Durham, North Carolina, and Iowa City, Iowa, advance in both of those games, the individual matchups are exactly what every fan dreams of when they think of March Madness.

All in all, I believe the Midwest regional final would feature No. 1 Kansas and No. 3 Duke, with the Jayhawks ultimately finding their way through the crowded region and into Atlanta.

The composition of this region is representative of college basketball as a whole this season. The top two teams, Dayton and Florida State, were absent from the preseason top-25 but ended this season as two of the best teams in the country. And as was true for the whole country, there is no true dominant team in this region.

In the Sweet 16, a matchup between No. 2 Florida State and No. 3 Villanova would be one of the best games of the entire tournament and a game that Villanova would win in thrilling fashion. Although it is easy for people to count out a mid-major team like Dayton, their path to the Elite Eight seems favorable. With star sophomore forward Obi Toppin leading the way, the Flyers are almost guaranteed to have the best player on the floor regardless of their opponent.

In the long run, I believe the No. 3 Villanova Wildcats would take care of the Dayton Flyers in the Elite Eight, and Jay Wright would advance to his third Final Four in five years.

Gonzaga head coach Mark Few seemingly has his team as a perennial No. 1 seed in the West region. This year, however, would have proved to be one of their toughest draws in a long time. As good as the Bulldogs are — particularly in the frontcourt — their region features some of the best players in the country.

The big upset in this region would come in the Round of 32, as I see No. 10 Texas Tech shocking No. 2 San Diego State. Despite a historic season for the Aztecs, they showed a frightening inability to make shots at times throughout the year. Red Raiders head coach Chris Beard not only has the experience, but also one of the best defenses in the nation. The Red Raiders would make sure the game was played at their pace, their edge in experience would allow them to reach the Sweet 16.

But this region features the two best players in the nation –– Oregon senior guard Payton Pritchard and Seton Hall senior guard Myles Powell. Having lead guards of this caliber in March is invaluable and gives these two teams a clear edge in my eyes. Pritchard would ultimately lead his Ducks past Gonzaga in a Sweet 16 matchup and Powell would propel the Pirates past the Red Raiders in his Sweet 16 game. Viewers would get exactly what they wanted: the two best players in college basketball battling it out for a trip to the Final Four.

That said, in a regional final matchup between No. 4 Oregon and No. 3 Seton Hall, I actually do not think Pritchard or Powell would decide the game. Both would be excellent, but their supporting casts would likely determine the result of the game. In the end, Oregon’s length in the frontcourt would overwhelm the Pirates. The versatility that the Ducks possess make them a matchup nightmare for any team, and I believe they would beat Seton Hall in convincing fashion to advance to the Final Four.

No. 1 seed Baylor headlines the South region, and they appear to have a fairly clear path to Atlanta. However, several major upsets would occur in other parts of the bracket.

The tournament’s biggest upset would come at the hands of the No. 13 Vermont Catamounts. Although they are a trendy upset pick seemingly every season, forward Anthony Lamb in his senior season would be a force to be reckoned with for any opponent.

No. 4 Louisville was a preseason favorite to make the Final Four, but their missteps down the stretch in the season were extremely concerning. The Cardinals were extremely hot to start off the season, but showed vulnerability in February, and Vermont would capitalize. And in a Round of 32 matchup with No. 5 Ohio State, Vermont would keep their momentum, and advance to the Sweet 16 in Cinderella fashion.

No. 7 Illinois represents a major dark horse candidate to reach the Final Four in this region. After winning their first matchup, they would face a No. 2 Creighton team that has become decimated with injuries. The Blue Jays had bad luck at the wrong time, and their medical woes would propel Illinois to the Sweet 16.

In a matchup with scorching hot No. 6 Virginia, one player would make headlines –– sophomore guard Ayo Dosunmu. Throughout the season, Dosunmu showcased an ability to simply take over games. As great as Virginia is defensively, facing a player who can create and make shots the way Dosunmu can is always difficult.

In the regional final, I see No. 1 Baylor holding strong, and defeating a surging Illinois team to reach the Final Four.

Kansas was as close to a dominant team that college basketball had all season, and it is clear why. They featured two Wooden Award finalists in Dotson and senior center Udoka Azubuike. The raw talent they possess, along with the momentum that they built throughout the year, would overwhelm Villanova.

In the other matchup, Pritchard and Oregon would top Baylor in another battle of the backcourts. However, I believe the Jayhawks would prove too much for Oregon in the title bout, and Kansas would be the winner of the 2020 National Title.

There is never a way to be sure about any outcome in the NCAA Tournament, but it is certain that this one would have been loaded with marquee individual matchups and close games. Unfortunately, for this year, one can only imagine what March Madness would have brought.