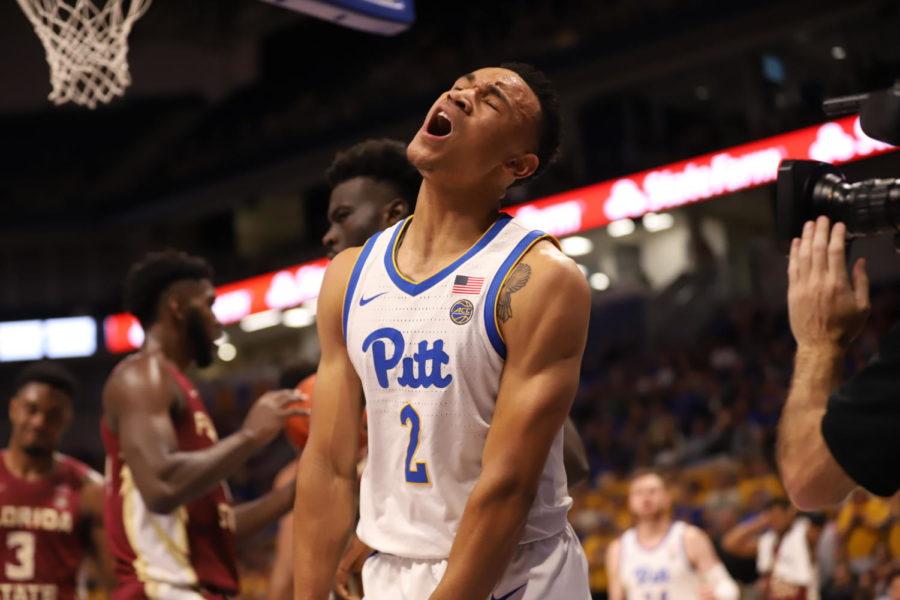 Modern college basketball is all about roster turnover. The increasing popularity of the one-and-done rule and the increasing ease of NCAA transfer rules have made retaining talent more difficult and more important.

McGowens, a former 4-star and top-100 recruit, received interest from multiple elite programs like Seton Hall, Tennessee and Baylor while still in high school. Now, a fresh crop of teams are vying for his services. Within 24 hours of his announcement, McGowens had more than 15 teams extend scholarship offers.

In the immediate aftermath of his announcement, rumors swirled around McGowens’ motives for leaving Pitt. Was there a riff between him and teammates? Did the South Carolina native long to move closer to home? He put those rumors to bed quickly, stating that he thought a simple position change was necessary.

“I feel it is in my best interest to transfer to another program in order to further my development as a basketball player,” McGowens said in a statement released last Wednesday. “My goal is to find the right system for me to continue to develop as a point guard.”

Two phrases do much of that statement’s heavy lifting — “system” and “point guard.”

The hype around McGowens’ commitment — the first of head coach Jeff Capel’s tenure at Pitt — overshadowed what turned out to be an odd roster fit that became increasingly more uncomfortable.

The point guard position at Pitt is becoming increasingly crowded. Sophomore Xavier Johnson firmly established himself as the Panthers’ primary ball-handler, and redshirt sophomore guard Ithiel Horton will become eligible in 2020 after sitting a year due to transfer rules. That means that little, if any, time would have remained for McGowens to make the move from shooting to point guard.

Stylistically, Pitt turned into a strange pairing for McGowens as well. He is an explosive scorer and an opportunistic defender who has made his living at the college level primarily in transition. He led a Pitt team that ranked second in the ACC in turnovers forced and, off of those turnovers, used his speed to drive downhill to the basket.

But for all of the turnovers that the Panthers forced, they ranked 193rd and 310th in tempo during McGowens’ two years in Oakland. Their sluggishness did not lend itself well to his game.

McGowens is likely looking for a faster team offense, and his current offer sheet reflects that. Arkansas, Georgia, Depaul, Georgetown, Georgia Tech, Seton Hall, Iowa State and South Carolina all finished the pandemic-shortened season in the top 100 of the NCAA in tempo and have reached out to McGowens.

Those programs of interest could be refined even further based on their depth at point guard, McGowens’ desired position. Lead guards Myles Powell from Seton Hall and Anthony Edwards from Georgia are almost certainly locks to be picked in the first round of this summer’s NBA draft. Meanwhile, Georgetown suffered midseason attrition all over their roster, leaving head coach Patrick Ewing desperate for talent wherever he can find it.

All signs point to McGowens heading south, searching for speed and open spots.

Murphy, on the other hand, is receiving offers from smaller names. The next school he attends will make four in as many years for the sharpshooting Murphy. Pitt landed him after his transfer from Charlotte last year despite challenges from some of the sport’s powers like Texas Tech, Gonzaga, Tennessee and Xavier.

There are few teams today that would be adverse to adding outside shooting of Murphy’s caliber to their roster, but his late season struggles have made him a less popular prospect. So far, his offers are highlighted by competitive, but much lower profile teams like Cincinnati, Marquette, Minnesota and BYU.

Marquette and BYU appear to want to bolster their already elite shooting from distance, but expect the Bearcats and Golden Gophers, who ranked 238th and 145th in 3-point field goal percentage this past season, to be the most aggressive during Murphy’s recruitment.

Back in the Steel City, Capel was left with a pair of open scholarships to use and has wasted little time in doing so. He landed the commitment of 2020 combo guard Femi Okadule two days after Murphy announced his transfer and one day prior to McGowens’ announcement.

Odukale provides an intriguing skill set. Standing 6-foot-5 with a 6-foot-11 wingspan, he fits the mold of a college wing. But he has a proven ability to handle the ball, create his own shot and create offense for teammates.

No matter where Capel plans to plug Odukale into his lineups, he will spend a lot of time on the bench. The aforementioned duo of Horton and Johnson will eat up minutes at both guard spots, while first-year wings Justin Champagnie and Gerald Drumgoole Jr. will join sophomore Au’Diese Toney as stalwart swingmen. Incoming recruit Noah Collier will likely see minutes off of the bench as well.

Pitt is expected to use its final scholarship on one of a pair of highly touted forwards or a transfer guard. As a 4-star recruit and 247 Sport’s No. 1 player in Pennsylvania, William Jeffress is currently the hot name to fill that final spot.

Jeffress attends nearby Erie McDowell High School, the alma mater of former Pitt football great James Conner. The 6-foot-7, 205-pound power forward looks similar on film to his potential teammate, Collier. Both are long-armed and strong defenders who find their budding offensive games inside of the 3-point line. If Capel is able to fend off Penn State, Notre Dame and Baylor down the stretch of Jeffresses recruitment, he will add versatile defensive depth to the 2020 squad at the very least.

The Panthers have also been linked to the double-digit scoring graduate transfer from Gardner-Webb, Nate Johnson. Virginia Tech transfer forward and member of this season’s ACC-All freshman team, Landers Nolley II, is also a long shot to end up in Oakland, given his more than 60 offers. Both transfers are early in their recruitment and appear to be safety valves if Capel fails to close on Jeffress.

It’s an unfamiliar position for Pitt to be in. Capel’s first recruiting class saw heavy minutes and responsibility immediately, leaving little talent waiting as reinforcements. Now the Panthers will be able to boast depth that hasn’t been seen in Oakland for years, and they only figure to get deeper.