Heinz Chapel cancels all weddings through May 31 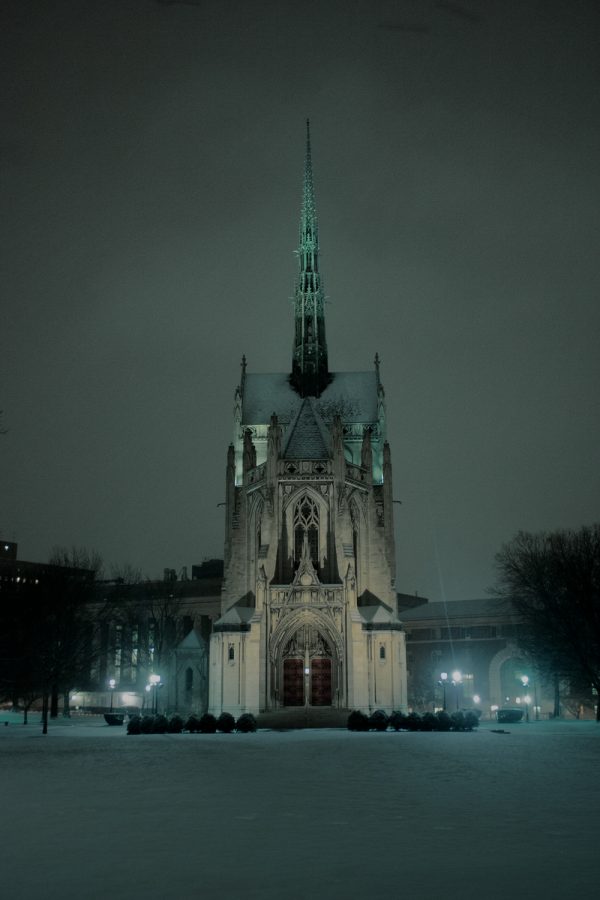 Heinz Chapel has cancelled all upcoming spring weddings and events as a result of the coronavirus outbreak.

As the winter weather fades into sunny spring days, wedding season is upon us. One of the most coveted wedding venues in the city of Pittsburgh is none other than Pitt’s on-campus beauty, Heinz Chapel. Couples need to book Heinz Chapel at least two years in advance, and spots go quickly.

In light of the recent COVID-19 outbreak, the Heinz Chapel staff announced that all weddings through May 31 are canceled. Wendy Lau, the associate director at Heinz Chapel, said the cancellations were out of an abundance of caution and that the Chapel is still working with couples to bring their weddings to fruition.

“We currently have all of our weddings and events canceled through the end of May, and we’re evaluating as things unfold,” Lau said. “So, we’re looking at June to get back into things. And when [the staff at Heinz Chapel] met as a team before we made that decision, we discussed not having groups more than 25 each. We talked about lots of different scenarios that wouldn’t involve canceling these weddings, but we felt this was what we had to do.”

Lau said canceling weddings through June would give couples time to consider other options, both with ceremony and reception locations. The Chapel is also allowing couples to rebook weddings with them on other dates this year and into 2021.

“We did offer all of our couples full refunds, which isn’t the normal policy,” Lau said. “In this case, if they wanted to book with us in the future they would not be charged anything.”

The Chapel has also responded to the worries of any couples with weddings planned in the year 2020 who might be concerned about the outbreak. Lau said that if any other couples with weddings booked this year are feeling uneasy for any reason and choose to cancel, they would be given a full refund, and many of the couples have already rescheduled.

The responses from couples with canceled weddings were varied. Lau said some were angry, but most have been fully understanding of the situation.

“There were a few brides that were stern with me,” Lau said. “I think we announced [our cancellations] just a little bit before the huge wave of closures and so we had some very sad people. Some people were just stunned and emotional, they were like, ‘Can I just take a moment to collect myself?’ Of course, I told them to take as much time as they need. There’s a shock that comes with hearing that [your wedding is canceled].”

Lau also said though Heinz Chapel “took some hits” on social media, couples and their families and guests have ultimately been cooperative about the situation.

“Most people have been very understanding and know that this isn’t anything that we have control over,” Lau said. “And the couples still have each other.”