Opinion | Move over, Chad: The importance of representation on-screen 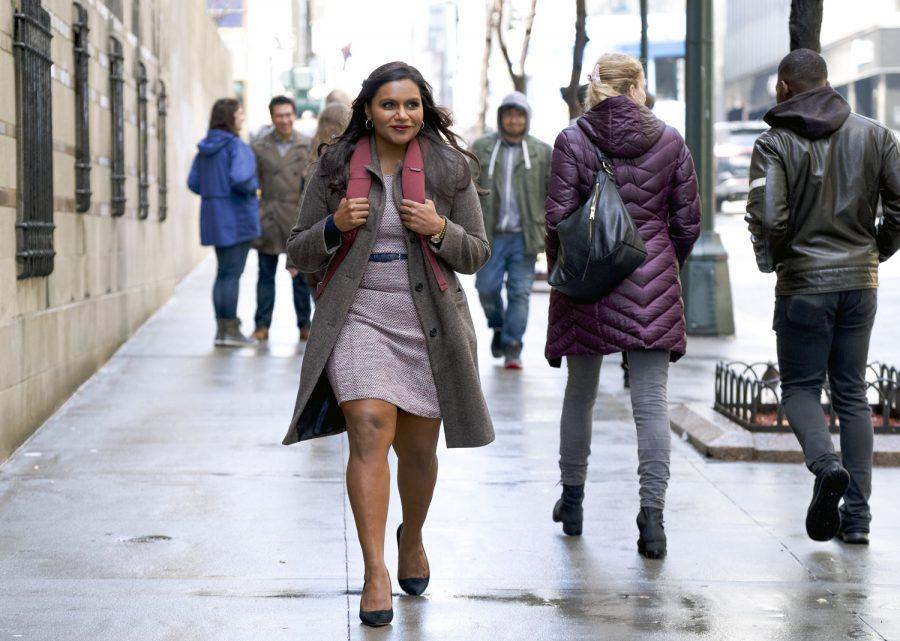 Representation in the media is a topic that has gotten much more attention in the past few years. Countless articles, studies, speeches and Twitter threads have stressed the importance of on-screen diversity.

Representation matters because it can shape how minorities are viewed by society and how they view themselves. It’s incredibly important that we’re starting to see the media move to reflect more diverse stories. Growing up as an Indian American woman, I rarely saw people that looked like me on-screen and it really impacted how I viewed myself and how others viewed me.

This was compounded by the fact that on the rare occasion South Asians did appear on-screen, they were characterized almost exclusively by stereotypes. They usually spoke with heavy accents, were often side characters or appeared for two minutes to play doctors or convenience store clerks. And most of them were male.

A lot of people assumed that I’d be a certain way just based on the stereotypes associated with Indians. While I wouldn’t deny that stereotypes are often rooted in truth, they’re rarely favorable and often led to some uncomfortable conversations. I’ve often been asked things like “where are you REALLY from” and “are your parents going to make you have an arranged marriage” and “you speak Indian right” — and I’ve even been called a “curry bitch” and told to “go back to my country.” I’m fully aware that I’m incredibly privileged to have only dealt with this type of innocuous ignorance and racism but it doesn’t mean it was fun — especially when you’re trying to fit in as an impressionable young kid.

So, I basically did the brown version of “I’m not like other girls” in order to subvert those stereotypes. When people would make comments about me being Indian, I’d point out that I was a second generation Indian American — meaning my grandparents were the ones who immigrated here and my parents and I were born and raised in the United States — and that I didn’t even speak any Indian languages and had never visited India.

This led people to often exclaim that I was “Indian but not really” and as offensive as that definitely is, anytime any of the Chads or Karens said things like “Woah, dude, your house doesn’t smell wack and your parents talk normal” I viewed it as the biggest compliment possible instead of recognizing the unintentional insults from ignorant kids for what they were.

I’d like to think that my experience would have been different if me and those other kids had more positive examples of Indians in the media growing up. A study conducted by the group Children and Screens shows that stereotyped representation can impact how children belonging to minority groups behave and that it can contribute to racial prejudice among white audiences. However, examples of positive representation of minority groups were shown to diminish prejudice and bolster identity for minorities.

When I was younger, characters like Apu from “The Simpsons,” a heavily accented convenience store clerk that isn’t even voiced by an Indian, or Baljeet from “Phineas and Ferb,” a heavily accented overachiever, or Raj from “The Big Bang Theory,” yet another heavily accented dork, were pretty much all that we had to look to. Indians often only appeared on screen to be the butt of the joke just based on their ethnicity and nearly all of them were characterized by a cartoonish accent.

For someone like me, a girl with zero accent and zero desire to work in a STEM field, that representation was sorely lacking. It wasn’t until I hit my teenage years that I started to see more characters that came close to representing me — mostly thanks to Mindy Kaling. Kaling wrote for and starred on “The Office” as Kelly Kapoor and while I definitely couldn’t relate to most of Kelly’s personality, that was the first time that I saw an Indian female character that wasn’t characterized by Indian stereotypes with a recurring role on a popular American show.

When Kaling left “The Office” to create and star in her own show, “The Mindy Project,” it was the first time I saw an Indian woman lead a television show. When Kaling wrote and starred in the movie “Late Night” last year, that was the first time that I saw an Indian American woman play the lead role in an American movie. Not to mention none of these characters were defined by being Indian, but their ethnicity wasn’t completely erased from their identity either. They struck a healthy balance the way that real people do between just being a person and being an Indian woman.

So it makes perfect sense that Kaling would be the creator of a new Netflix show, “Never Have I Ever” with a main character named Devi — which is my name for those of you that skipped past the byline at the top of this column. The first season of the show is set to drop on April 27 and it stars Maitreyi Ramakrishnan — who Kaling found through a nationwide open casting call — as the first-generation Indian teenager who the show is centered around.

This show is the first of its kind, one of the few shows to star an Indian American woman and the only one to star a teenaged one. Based on Kaling’s track record, it’s bound to be a positive example that will hopefully bolster young Indian Americans’ sense of identity and help to combat the stereotypes that some non-Indians hold about Indians.

Creators like Kaling and shows like “Never Have I Ever” are changing things for South Asian kids out there. Representation is finally starting to shift to include more diverse voices and stories and that’s going to be hugely impactful on society as a whole.