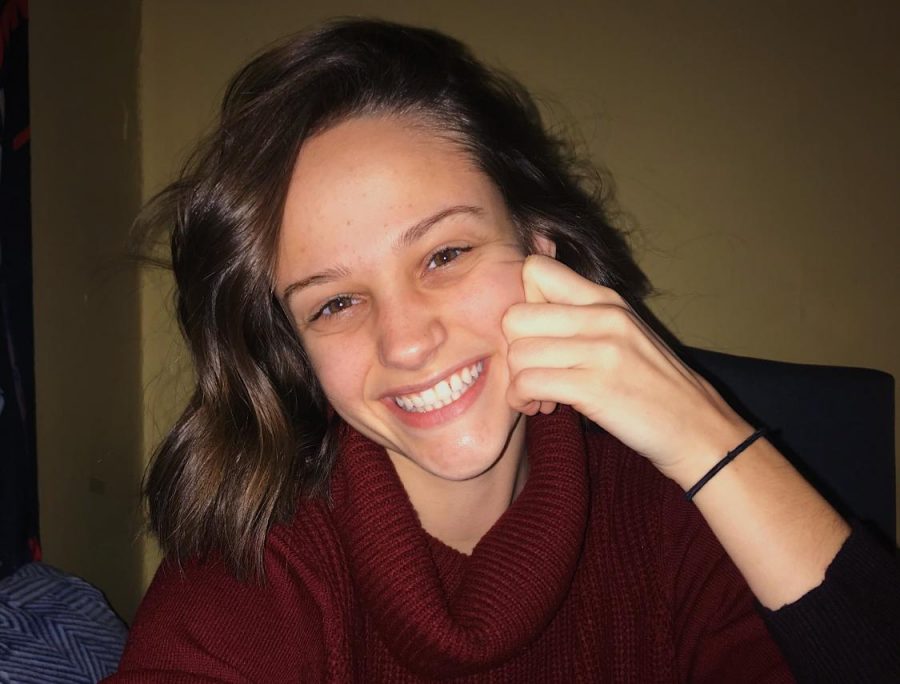 Steffes, a junior biology major, has done this a few times as a peer health educator with the University’s PantherWELL program. Her responsibilities include providing students with a comfortable space to explore sexual health, among other wellness-related topics. Educating others has even taught her a little bit about herself, Steffes said.

“My ability to be present for others, actively listen and give advice when asked has heightened,” Steffes said. “It has also improved my relationship with myself as I am more understanding towards negative feelings and more welcoming of my own vulnerability.”

PantherWELL is a division of the Student Health Service that employs 17 undergraduate peer educators to host programs for residence halls, sororities and fraternities. Steffes got involved with PantherWELL during her first year at Pitt, when she saw them tabling in Towers Lobby.

“The most rewarding part of being a peer educator is helping people open up about a stigmatized topic like mental or sexual health,” Steffes said. “Creating a safe space for people to talk about their experiences is definitely the best part.”

As a peer health educator, Steffes facilitates discussion and engagement during programs that emphasize sexual and mental health, nutrition and drug use. She coordinates Pitt Grit: Bouncing Back, which focuses on resilience, Pitt Grit: Positive U, which promotes body positivity, and Easy Mac, which provides students with meal ideas for the dorms.

At the same time, being a peer educator can pose its own set of challenges. Some students can be apathetic and close-minded to the material, Steffes said, which can complicate programs.

“I have had students joke about suicide during stress management programs,” Steffes said. “Learning how to address those comments without alienating the person who made the comment and regain trust of the group is very challenging.”

The way programs are presented and received depend on the content, Steffes said. Sexual health programs generally feature humor to lighten the mood.

“The last thing I want to do is be serious on a topic that already makes people uncomfortable,” Steffes said. “We make it easier to digest by throwing in some jokes and activities.”

Megan Stahl, the PantherWELL supervisor, believes students enjoy the programs because they are engaging and geared toward group participation. She said, though, that it’s difficult to continue hosting programs for the remainder of the school year, given the University’s transition to online learning.

“We are exploring remote programming from PantherWELL,” Stahl said. “We are currently developing our Stress Free Zone into a series of virtual programs from daily guided meditations to virtual tea times.”

Sai Bhatte, a junior economics and neuroscience double major, is another peer health educator who works closely with Steffes and Stahl. She agrees that the value of PantherWELL comes from the group dynamic.

“The people we present to keep the job fun,” Bhatte said. “No program is ever the same because the participation and conversation differs every single time.”

Steffes also educates other groups of peers through community organizations such as Pittsburgh Action Against Rape and Feminist Empower Movement to help others feel heard and understood.

Her experience with PAAR has made her more compassionate and empathetic, Steffes said. According to her, PAAR has also given her the ability to calm herself and others down from panic attacks.

As a volunteer with PAAR, Steffes acts as sexual violence crisis counselor on its 24/7 helpline. When callers reach the helpline, she provides grounding tools, emotional support and resources related to therapeutic and judicial assistance. Steffes chose to apply to PAAR after meeting someone else who worked with the organization.

“I came to college full of feminist fury — every day I was seeing gender inequality and discrimination based on people’s identities and I couldn’t handle it,” Steffes said. “PAAR seemed like the most direct way I could make an impact on society while supporting people who have experienced sexual violence.”

But Steffes said some of her most fulfilling work comes from serving as president of FEM, a student organization that aims to foster a sense of inclusivity.

“I felt I didn’t fit in at Pitt my first year and was about to transfer to another university when I went to a FEM meeting,” Steffes said. “I immediately felt welcomed, and for the first time, I felt like I belonged at Pitt.”

With all three organizations, Steffes has prioritized the creation of spaces where people feel comfortable expressing themselves and exploring new things.

“I ran for president of FEM so I could create a community where everyone knows they belong,” Steffes said. “The fulfilling part is when members tell me I have achieved just that.”