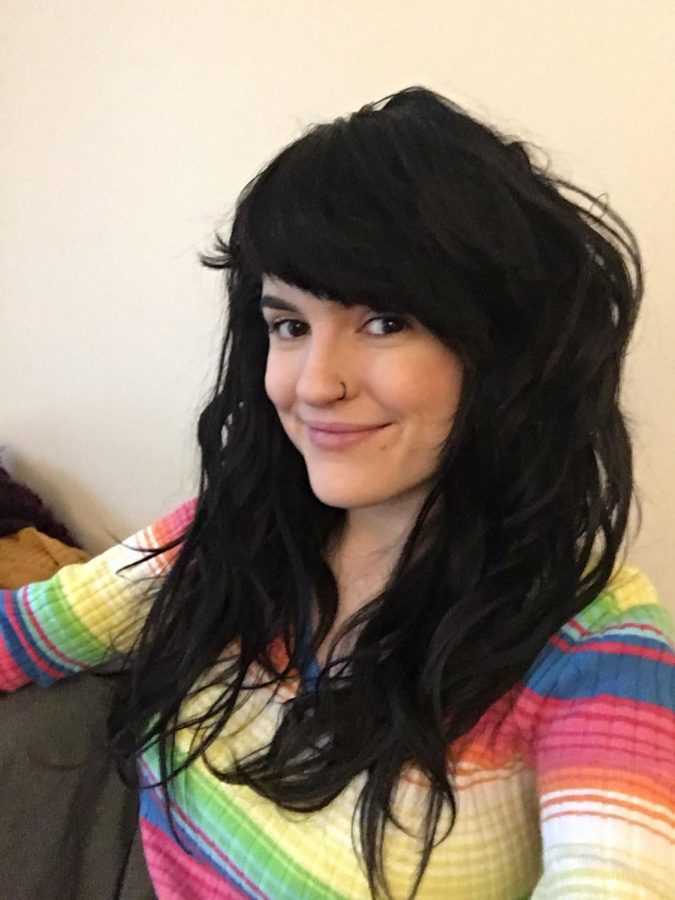 Emerson Ailidh Boggs, a second-year Ph.D. student in the infectious disease microbiology program, is the head moderator of the r/Coronavirus Reddit page.

Amidst the COVID-19 pandemic, it can be hard to separate fact from fiction. Pitt grad student Emerson Ailidh Boggs is helping to do just that.

Boggs, a second-year Ph.D. student in the infectious disease microbiology program, is also the head moderator of the r/Coronavirus Reddit page. The group has quickly become one of the largest threads on the website with more than 1.7 million members.

Boggs became a moderator for the subreddit on Jan. 23 when it only had about 1,000 members. Though she is now the head of about 60 moderators within the group, Boggs was a contributor to the group prior to taking this position. To become a moderator, Boggs submitted through a process called /r/RedditRequest.

“I was really the only virologist on Reddit talking about it. I did not anticipate being in the position I’m in now — it kind of just happened,” Boggs said. “I got involved to provide information. And since then, the user base has grown so large that I’ve served more as a validator of information.”

Boggs said her primary job now is to check into scientific facts and claims made within the group. One post in the subreddit linked to an article claiming HIV was connected to COVID-19. Boggs went to the article and found that it had no credibility, so she took it down.

“Half of what I do is try to track my way back to a primary source,” Boggs said. “There’s a lot of reporting that goes on in magazines and media outlets that will be based on a phrase like ‘experts say’ or ‘a study shows.’ A lot of what I do is check that’s actually what that study shows. It’s not so much about me confirming research findings, because this is ongoing research.”

Because Reddit is a user-moderated site, all the moderators are volunteers. The subreddit now gets about 2,000 posts and 40,000 comments per day. Boggs verifies information after other moderators send her posts. She then traces back to the original source to see if it is credible.

“In the beginning, it was small enough that I could just go through every post on the subreddit. So when we started, I was more involved in day-to-day moderation,” Boggs said. “But now, I’m mostly going through reports. And we’re reasonably strict, so we wind up going through a lot of those manually. It’s kind of unique to this subreddit that we have as many subject experts as we do.”

Zandrea Ambrose, an associate professor in Pitt’s department of microbiology and molecular genetics and the principal investigator for Boggs’ research, said making sure people get the right information is not an easy thing to do, but the moderators of the subreddit are trying to provide the most researched data.

“Even some news articles are trying to get the news out as fast as possible and get it out to the public and it’s not always verified,” Ambrose said. “Particularly these scientific studies being done on coronavirus aren’t always validated by a second lab or peer-reviewed. People like Emerson are trying to make sure that people are getting accurate information.”

Because of the importance of the topic, administrators from Reddit have been in regular contact with Boggs and the other moderators and have even promoted r/Coronavirus with an ad boost on the home page of Reddit.

“They help us coordinate things. We’re at 1.5 million right now [at time of interview] and I’d bet about 1 million of those are from what they’re calling a ‘boost,’’’ Boggs said.

Jeremy Martinson, a faculty member in Pitt’s department of infectious diseases and microbiology, is one of Boggs’ professors and meets with her every week.

“We’ve been able to talk about how to understand the biology of the virus from a genomic perspective. I think it’s great that we have a doctoral student with that level of advanced knowledge being the one reviewing material for scientific accuracy,” Martinson said.

Boggs said the other moderators help her to utilize her time by sending her articles that need their sources verified.

“It’s all volunteer work so I decide when I do it. When I was still working in the lab, I would come home and do two or three hours a day. Now I’m kind of just off and on throughout the day,” Boggs said.

One of the difficulties of moderating the group is trying to differentiate between political posts and legitimate news updates, Boggs said.

“We do want to provide updates on policy. That’s kind of a constant battle, because people are really interested in politics. But there are other venues for that,” Boggs said.”We’ve been finding a delicate balance there because obviously there are a lot of things being considered right now, like universal basic income, and that’s legitimate, important news.”

Because this is such an unusual time, the moderators will continue to update their protocol, like keeping posts as apolitical and scientific as possible, Boggs said.

“This is really an unprecedented community. This is the first outbreak this big where social media is as widespread as it is now. Reddit provides a really unique opportunity in that the content is determined by the users,” Boggs said.