Opinion | Dissecting the Stimulus Package — does it really help? 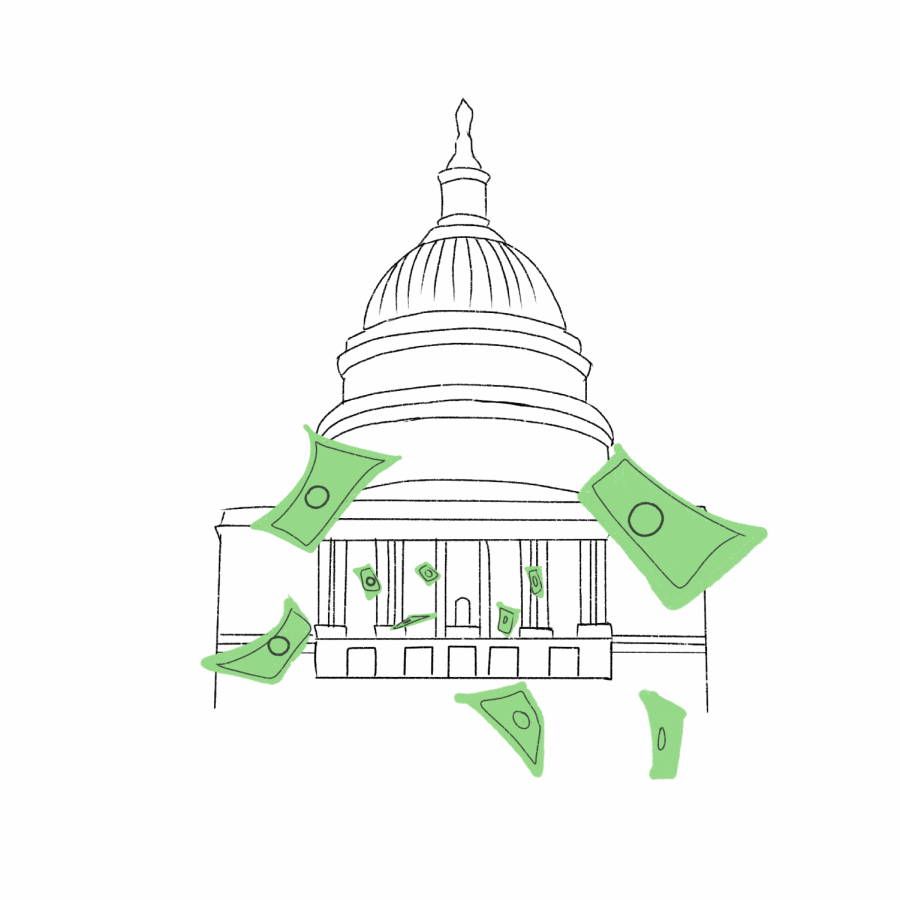 The United States Congress managed to actually agree on something last week — something historic, in fact.

Against all odds, our hyperpartisan government managed to pass a $2 trillion stimulus package, which President Donald Trump signed into law on Friday. This relief plan stands as the “largest emergency aid package in U.S. history,” according to CNN. In an attempt to revitalize the economy, the massive piece of legislation includes many provisions on both sides of the political spectrum, making it seem like a win for both parties as it passed through the Senate unanimously.

With millions of workers already laid off and 49% of companies considering more layoffs, the American people are hurting. On top of the ripple effects caused by COVID-19, most Americans were already living paycheck to paycheck. To make matters worse, those jobless Americans are losing access to affordable health care because of the employer-based care system in this country — which, in some cases, was already breaking the bank for individuals. Unfortunately, many of these individuals struck by hardship will not be helped by the relief package.

Despite the attempted guise by the bureaucrats on Capitol Hill, this law — ironically dubbed the CARES Act — is nothing more than an attempt by both political parties to appease Americans and advance special interests. While the CARES Act does some good — such as providing relief to farmers, small businesses and the American people themselves — it simply does not allocate the $2 trillion in an appropriate manner. And as a result, many Americans will be hung out to dry.

While it is true that Americans are receiving direct payments, it is questionable as to how much they will help the masses. Most adults will receive a one-time payment of $1,200 — with some getting less depending on their salaries. For married couples, the amount doubles, but if your salary does not lie within the threshold, you receive nothing. For 16-year-olds and under who qualify as dependents, the payment will include an additional $500. If someone claims you as a dependent, you receive nothing — even if you worked and paid taxes.

Even if you do qualify, this one-time payment — which will take about three weeks or longer to arrive — may not help you that much. According to data recorded in September 2019, the average monthly apartment rent in the United States was $1,472 — $272 more than the normal payment without any additions from being married or having children.

On the flip side, however, the law also comes with historic boosts to unemployment benefits. Jobless workers will gain an additional $600 per week for four months. This is on top of the state benefits they already receive, “which range from $200 to $550, depending on the state” — per CNN. Independent contractors, the self-employed and gig economy workers qualify for this added boost, when they otherwise wouldn’t under normal circumstances.

So with lots of flexibility on who qualifies for these unemployment benefits, the bill seems to do a lot of good for Americans who lost their jobs. However, every area is different and cost of living in certain areas may be greater than the amount that the benefits give them. For instance, living in California is significantly more expensive than living in Mississippi. Also, many Americans with salaries not in the threshold will not qualify.

Another piece of the stimulus is the $500 billion slush fund that provides relief for corporate America — including about $50 billion to the airline industry. While initially there was a clause that sought transparency for how the money would be spent, President Trump said he will not adhere to those conditions. This creates an uneasy feeling for some, as this administration has drawn a reputation of favoring corporations. Former U.S. Secretary of Labor Robert Reich has many qualms about the bill, namely the slush fund and the amount that the airline industry received. This is likely because over the last decade, the industry spent 96% of its cash on stock buybacks.

“While generous toward airlines and other industries, the Republican bill is absurdly stingy toward people, stipulating a one-time payment of up to $1,200 for every adult and $500 per child. Some 64 million households with incomes below $50,000 would get as little as $600. This will do almost nothing to help job-losers pay their mortgages, rents and other bills for the duration of the crisis, expected to be at least the next three months,” Reich wrote in a column for Newsweek.

Notably, the $500 billion corporate fund is about four times as large as the money hospitals will receive — $117 billion. Hospitals are being forced to make tough decisions, as there are not enough supplies — beds, masks, gowns, etc. — to go around to every patient.

For some reason, the Kennedy Center received $25 million. Though it is a drop in the bucket compared to the $500 billion corporate fund, the funds were given under the hope that it would keep the Center from going out of business. It is worth mentioning that after this fund was given, the Kennedy Center stopped paying its musicians.
With the Senate to adjourn until April 20th, it will not be able to discuss further legislation until then. However, it did say members could meet if necessary.

With all of this in mind, I can’t help but judge the government’s attempt at providing relief for its citizens. While it does attempt to build from the bottom up by giving money directly to American taxpayers, it does not go far enough. Many Americans will not receive the necessary funds that they need to keep up with all of their costs. In addition, the government is still pushing the trickle-down fallacy by giving corporations billions of dollars with practically no oversight on how that money will be spent. Hospitals — the most important assets we have during this time — are still not getting the funding they desperately need. All in all, this bill was passed in order to temporarily appease Americans while falling short of the goal it intended to achieve.