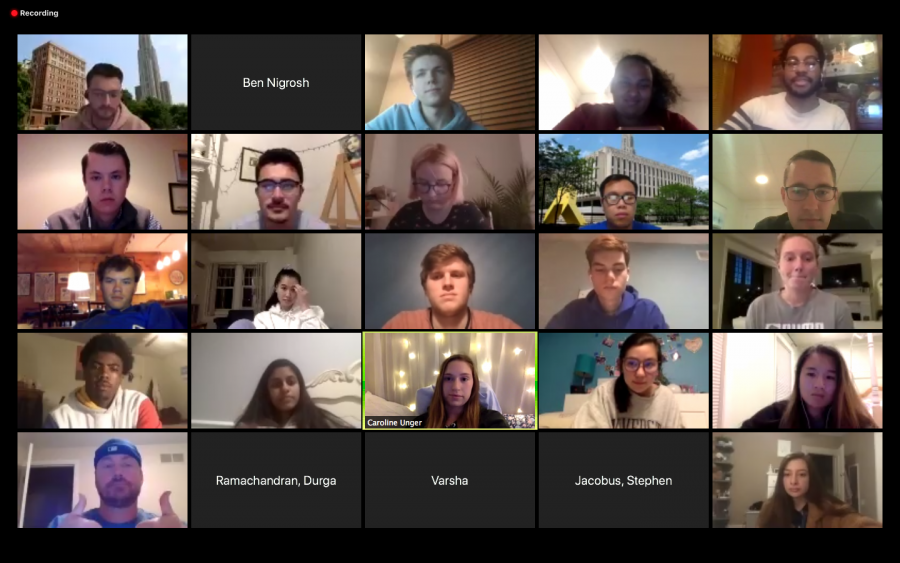 Students can apply for a grant from the fund to cover expenses such as medical necessities, food insecurity and unexpected travel expenses. The maximum allocations request that can be made by a student is $600.

“I’d like to thank board member Agarwal as well as Allocations Chair King, the rest of the board, Dean Bonner, the Office of Alumni Engagement and the Office of Student Affairs for all of their diligent work to respond quickly and efficiently to student need,” Brown said during the meeting.

Brown also said that he recently took part in a conversation with Dean Kenyon Bonner, senior vice chancellor for engagement Kathy Humphrey and a group of 15 Pitt seniors about potential alternative options for the spring commencement ceremony.

Brown would not go into detail about what was discussed at the meeting, but said he hopes a satisfactory solution can be reached soon.

According to Community and Governmental Relations Chair Tyler Viljaste, he and Brown have created a raffle to encourage students to fill out their census forms. The prize money will be allocated from the census grant SGB received from the county. All students living off-campus can enter, Viljaste said, by emailing him a picture of themselves completing their census. The winner of the raffle will be randomly chosen by SGB. More details, including the prize money amount, will be released soon.

Brown closed Tuesday’s public meeting by encouraging students to reach out to him and the board with any concerns or questions they may have during the remainder of the semester.

“Even though we might not physically be on campus as we practice social distancing, we are always here to support you,” Brown said. “Nothing in our mission has changed. So if you have any comments, questions or concerns that you didn’t feel comfortable bringing up [during the public meeting], make sure you email me or any of the board members.”

Correction: A previous version of this story stated plans to add more Healthy Rides stations in the Oakland area. The article has been corrected to reflect a general expansion of the program, but not the physical addition of more bike stations.