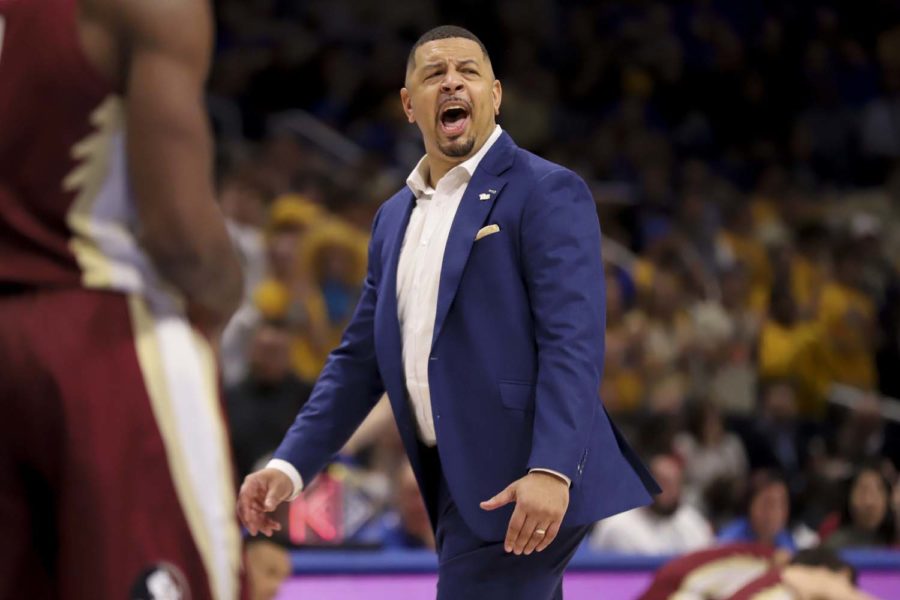 In recent weeks, Pitt men’s basketball has seen Trey McGowens and Ryan Murphy transfer from the program to Nebraska and Tulane, respectively.

So how is head coach Jeff Capel looking to replace their production?

You can’t make this up — the Panthers’ latest target just so happens to share half a name with two of the players he would be replacing. The sophomore Rice transfer completed a “virtual visit” with Pitt on Saturday, and would fill one of the team’s two remaining scholarships.

But Pitt is far from the only team interested in Murphy III. The 6-foot-8 sharpshooting swingman has established himself as one of the hottest names in the transfer portal, garnering interest from more than 40 schools. He has completed or will complete virtual tours of UConn, Iowa State, Villanova and Creighton. Other schools who have reached out include Memphis, Minnesota, Virginia and Arizona.

The reason so many top teams are interested in Murphy III is because he possesses two highly valued traits — length and shooting ability. He led Rice in scoring with 13.7 points per game on 36.8% shooting from three, down from an even better 42.1% in his first season. He also led the Owls in blocked shots, showing the sort of potential he has on defense.

But if the past few weeks have taught Panther fans anything, it’s not to get their hopes up. Pitt has failed to lure in any of its recent targets, striking out with Dartmouth transfer Brendan Barry, Gardner-Webb transfer Nate Johnson and 2020 recruit JaDun Michael.

Michael, a four-star forward who had decommitted from Wichita State, was the latest player to slip through Capel’s grasp, putting Pitt in his top eight finalists before committing to Elon Monday morning.

Aside from Murphy III, there are a few more players who Pitt has been in touch with and would love to earn a commitment from. One is four-star class of 2021 center Adama Sanogo, who wrapped up a junior season at New Jersey’s The Patrick School in which he averaged 14 points and nine rebounds per game.

As a top-50 prospect in his class, Sanogo has naturally drawn heavy attention, fielding offers from schools including Nebraska, Seton Hall, UConn and Xavier.

It might seem unrealistic for Pitt to land such a highly touted prospect, but there are a couple factors working in the Panthers’ favor. For one, Pitt made Sanogo’s top 10 list, and is expected to remain in play if he narrows down his offers even further. Sanogo, a Mali native, is also friends with Pitt forward Karim Coulibaly, who hails from the same country.

It’s also a very real possibility that Sanogo reclassifies to the class of 2020, meaning he could join the college ranks as soon as next year. If Sanogo ultimately spurns Pitt, it will likely be in favor of Nebraska, where he would join Panther transfers McGowens and Shamiel Stevenson as players with Pitt ties.

Before the COVID-19 pandemic restricted in-person athletic activities, Pitt was also making a push at class of 2020 five-star point guard Karim Mane. The 6-foot-5 Senegal native was enjoying a stellar senior campaign at Vanier College in Montreal, and had met with Pitt assistant coach Tim O’Toole.

Still, it’s a long shot for Pitt to land a coveted talent like Mane, as Michigan State and Marquette are considered the front-runners.

While Mane and Sanogo might be mere pipe dreams for Pitt, Capel’s recruiting hopes remain tied up in the one player who could realistically join the Panthers — class of 2020 forward William Jeffress.

There have been no recent developments in Jeffress’ recruitment, but Pitt has been the rumored favorite for months. Three 247 Sports contributors have made Crystal Ball Predictions for Jeffress’ landing spot, and all three predicted Pitt. If the 6-foot-7 Erie native and No. 58 recruit in his class were to choose Pitt, it would be a huge win for the program. Panther fans would certainly rejoice after seeing so many of Capel’s targets choose elsewhere.