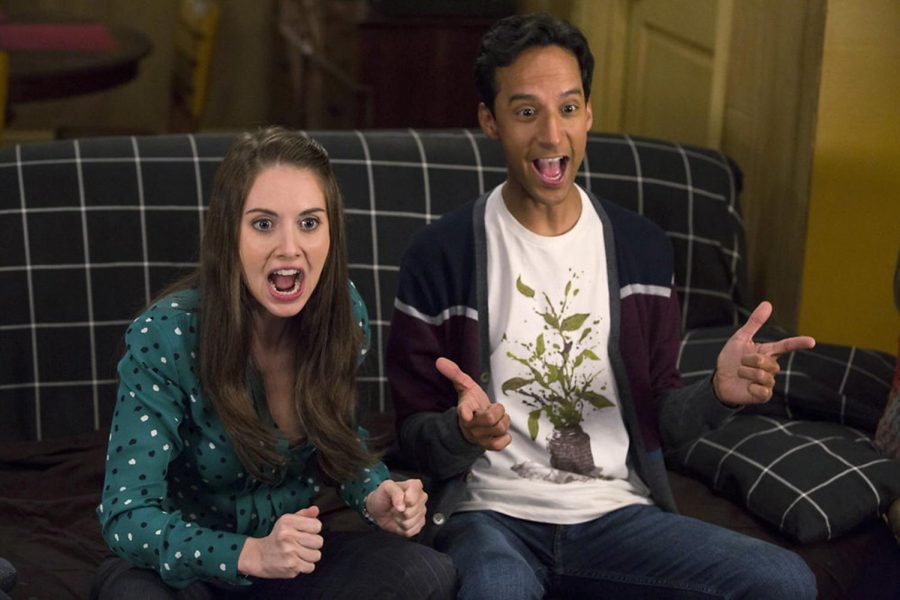 Need a laugh? Yeah. Us too.

Armando Iannucci, creator of “Veep,” takes on the struggle for power in the immediate aftermath of Stalin’s death in this dark, dark comedy. He casts British and American actors as the Russians, using their natural accents, and creates a cacophonic, hilarious picture of the desperate backstabbing and maneuvering as Nikita Khruschev (Steve Buscemi) works to usurp Georgy Malenkov (Jeffrey Tambor). It’s stuffed full of fantastic character actors and immediately classic lines, recasting a relatively less discussed, bureaucratic maneuver-laden political era as a free-for-all firestorm of expletives. And, unlike some other recent comedies set in historical periods largely defined by atrocities (here’s looking at you, “Jojo Rabbit”), “Death of Stalin” engages with the horror of some aspects of Soviet Russia, not brushing them off for the sake of a saccharine feel-good tale. It paints its lead characters –– correctly –– as horrible, soulless men, without making the excuses or exceptions that other historical comedies tend to. It’s dark, it’s dirty and it is very, very funny.

There are plenty of quality American comedians on Netflix, but sometimes I want to see someone with a distinct perspective. Trevor Noah, the South African-born comedian and host of Comedy Central’s “The Daily Show,” has a 2018 Netflix special called “Son of Patricia,” a crass, genuine and deeply funny breath of fresh air. Noah, who is biracial, was born under South African apartheid and raised by his African mother, the titular Patricia, and his heritage plays a prominent role in the set. It ranges from episodes describing his adaptation to life in the United States — involving a taco truck mishap in Los Angeles that makes the crowd roar — to his mother’s Christian teachings of kindness that lead to a hilarious encounter with a reckless driver in Chicago. Noah is a star and he knows it. He’s not afraid to make fun of every single person he’s come into contact with, including himself, which makes for a magnificent set.

“Community” at first glance is a formulaic sitcom — smooth-talking lawyer Jeff Winger (Joel McHale) has to go back to school and get his law degree for real this time. He meets sexy stoner Britta Perry (Gillian Jacobs) in Spanish 101 and attempts to sleep with her by arranging a study session. She invites a line-up of losers and weirdos — Abed Nadir (Danny Pudi), film-obsessed and socially stunted, Shirley Bennett (Yvette Nicole Brown), hyper-Christian single mother, Annie Edison (Alison Brie), former Adderall addict and overachiever, Troy Barnes (Donald Glover), failed football star, and Pierce Hawthorne (Chevy Chase), elderly and racist heir to a moist towelette empire. In the hands of lesser writers and showrunners, “Community” could’ve easily been a one-season stint of two hot people being made all the hotter, smoother and central against the foils of their failing friends. Instead, “Community” exploded into a six-season phenomenon and movie that invites people like Jeff and Britta to wonder what really defines failure, and who can really be considered a loser or a weirdo in the world of Greendale Community College. With the combination of heart, hyper-meta humor and outstanding performances from the absolute dream of a cast, “Community” is the perfect comedy for anyone missing college right now.

In “Homecoming King,” former Daily Show correspondent Hasan Minhaj takes a simple stand-up special and weaves into it emotional stories from his past, leaving the audience with an understanding of the true immigrant experience. A mix of political satire, the struggles of being a person of color and personal and national tragedy, there’s no question why this special was given the Peabody Award. Hasan Minhaj discusses the struggles of growing up in an immigrant household and the painful experiences surrounding the racism he and his family faced post-9/11. Although the name of the special is “Homecoming King,” the main story is the unfortunate events surrounding Minhaj’s senior prom, a heartbreaking tale which shaped his adult life. A perfect blend of emotional anecdotes and well-timed comedic punches, the special is sure to make you put aside your stress for a while and laugh your heart out.

Remember when we could go outside? Even on crowded city sidewalks? If you desperately miss the hustle and bustle of pre-COVID-19 life, comic Billy Eichner’s fast-paced comedy “Billy on the Street” is the perfect solution. In fact, this show is almost the exact opposite of our social distancing standards at the moment. Set in New York City, Eichner roams the crowded sidewalks equipped only with a microphone and an incredible sense of confidence. He asks ridiculous, in-your-face pop culture trivia questions to unexpecting passersby, and if they give him the “correct” answer, they win a dollar. Eichner is loud and opinionated, and asks questions like “Were the Care Bears Jewish?,” “Is Beyoncé afraid of tap water?” and “Would Drew Barrymore enjoy eating blueberries?” Eichner frequently pairs up celebrities who participate in trivia questions and games alongside the comedian. He destroyed a car with Lindsay Lohan, screamed for an American Girl Doll with Will Ferrell and sang Christmas carols with Amy Poehler. Besides money, participants have the chance to win other random prizes, which include toilet plungers, “Brokeback Mountain”-themed potholders and earrings with the Google Chrome logo. Overall, “Billy on the Street” is a perfectly ridiculous show that is a must watch for anyone who needs a mental escape from the confines of their house.